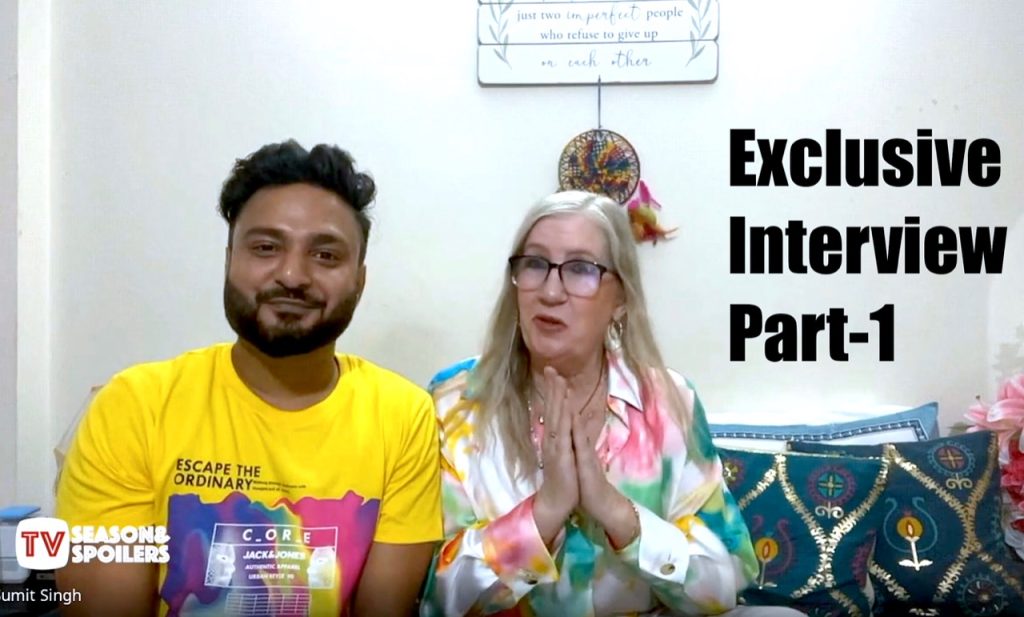 Noted 90 Day Fiance couple Sumit and Jenny have now been promoted to 90 Day Fiance: Happily Ever After! TLC recently revealed the big news on their social media platforms. Fortunately, TV Season & Spoilers got the opportunity to exclusively interview the couple about how they feel about this new development. Besides this, the star couple also got candid about their work life, married life, Jenny’s weight loss, Sumit’s struggles, and interest in a solo spin-off. Keep scrolling for all the details!

Sumit & Jenny got married in 90 Day Fiance: The Other Way Season 3 finale, it’s only fair they get to depict their married life on Happily Ever After. While addressing this, Sumit exclusively said that fans would get to see their struggle as a married couple. Well, their journey ended with a cliffhanger, where his parents didn’t find out about the marriage. Hence, apart from these answers, viewers will see more family members in the show. Jenny neither confirmed nor denied her daughter’s presence in the new series. However, the star stated that her daughter didn’t get to meet Sumit’s parents, hinting that she will indeed become part of the show.

As they talked about their careers, Sumit opened up about his involvement in the cooking-based “start-up”. However, it was quite short-lived as the COVID-19 lockdown took over the world. Now, the Indian man only cooks for his wife, Jenny. Although he is not a professional chef, his partner calls him a “natural” and loves his cooking, especially “scrambled paneer” with “dal and rice”. Moreover, the American woman hasn’t been working in India as she has no work visa. Initially, Jenny was working in the hotel industry in Palm Springs, California. As of now, she has no plans of going back to the US to obtain a work visa. Meanwhile, Sumit couldn’t comment on his current profession, most likely due to TLC’s NDA.

Since they are now living as husband and wife, Sumit said that “not much has changed”. In fact, the couple is more “relaxed” now. While talking about Jenny, her spouse said that she is more “secure” after coming all the way from America and living in Delhi, India, with him. Overall, marrying one another put an end to all the “pressure and tension,” as per Sumit. Moreover, Jenny called it the “happiest moment” of her life as the priest announced them as husband and wife. In fact, she couldn’t believe it.

On the other hand, Jenny also got candid about her secret to weight loss. Well, Sumit couldn’t help but joke that it is because of all the “Indian food”. Well, sometimes the cuisine wouldn’t agree with her, and the 63-year-old would have “stomach problems” too. At last, the 90 Day Fiance star stated that she completely cut off “sodas” after coming to India. Earlier, when she was in the US, the celebrity was “addicted” to Dr. Pepper. All in all, healthy eating has been the reason why Jenny Slatten went through a major transformation.

Sumit and Jenny also talked about whether they would want solo spin-offs. Apparently, the latter was quite clear that she only wanted the both of them to be in it. In fact, she went as far as saying that she doesn’t want her “in-laws” partaking in the same if the opportunity presents itself. So far, the couple is currently content with themselves being part of 90 Day Fiance: Happily Ever After Season 7. Hence, they remain excited for the viewer to witness their new journey. TLC just released the official trailer of the much-awaited next season of the Happily Ever After spin-off.

With all the good also comes the bad. Hence, Sumit ended up revealing that there were times he struggled with getting hate on the internet. While addressing it, the celebrity stated that reality TV presents its storyline in such a way that viewers can’t help but pick sides and judge heavily. Moreover, the 90 Day Fiance couple expressed being “hurt” when that would happen. At the same time, they have also received unconditional love from the fanbase and feel grateful too.

At last, Sumit and Jenny ended the interview with a special message to the fans. Jenny said that the duo is “happy”, “doing great,” and “love India”. In fact, she is living her best life here. Moreover, Sumit even invited the 90 Day Fiance fans to come and experience India once. Let’s wait for Happily Ever After’s new season to see how their journey takes off.