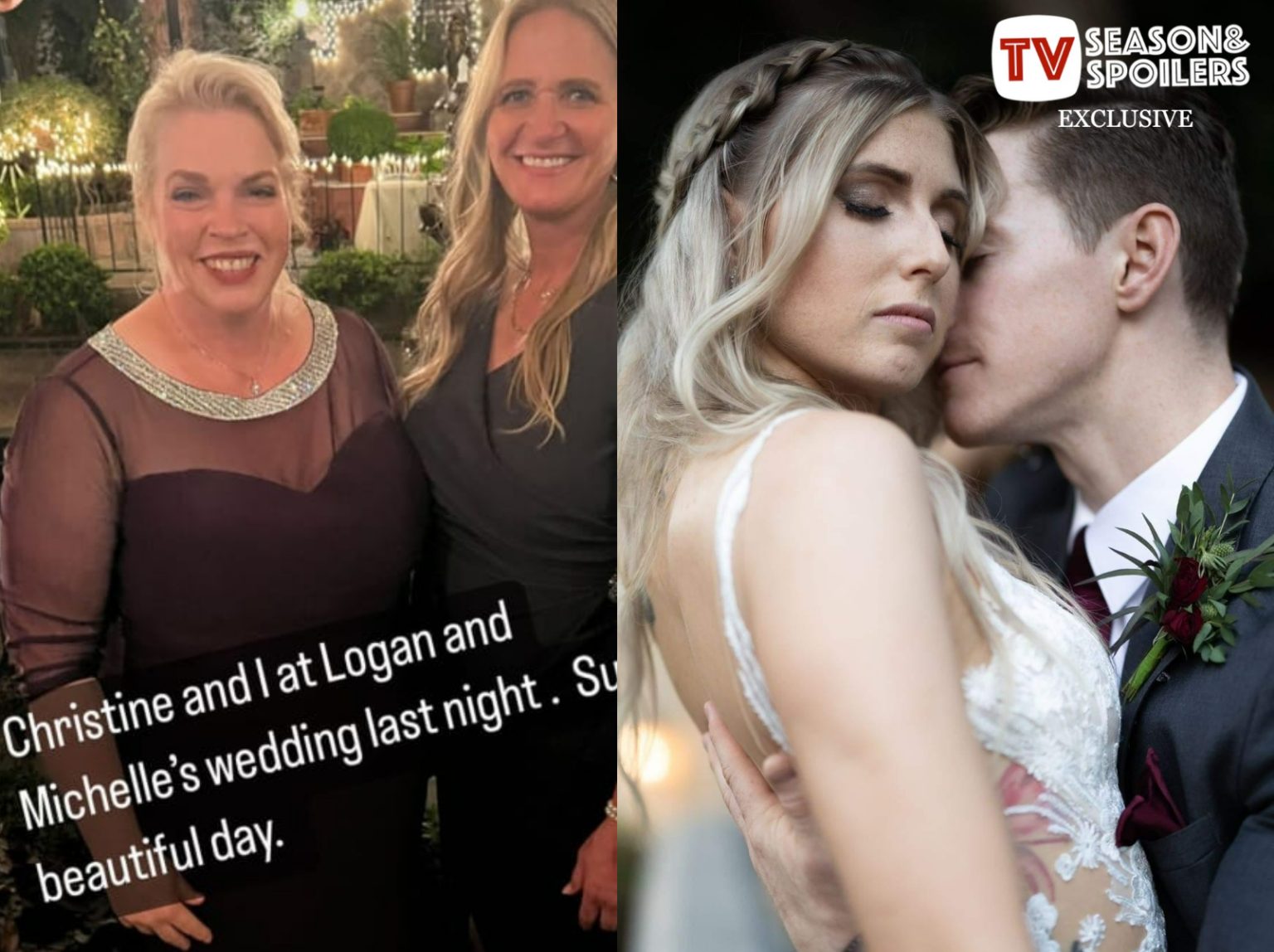 The Sister Wives stars have come a long way. Initially, the viewers were interested in the lives of Kody Brown and his four wives. Now their kids have grown up and have started families of their own. Hence, fans also keep an eye out regarding major milestones in their lives. For instance, Janelle Brown’s son, Logan, finally tied the knot with Michelle Petty. After being friends for five years, they dated for three years and announced their engagement last year. Keep reading to know all the details about their anticipated wedding and the very first photos exclusively revealed by TV Season & Spoilers.

Sister Wives premiered on TLC for the first time a little more than ten years ago. A lot has changed since then. Most of the kids in the plural family are full-grown adults and have families of their own. Last year, Janelle’s eldest son, Logan, announced his engagement to his girlfriend, Michelle Petty. Together, the couple confirmed that they will walk down the aisle a year from now. Well, the day finally came.

Stunning Bride Michelle Petty Getting Ready For Her Big Day

Michelle & Logan During Earlier Their Wedding Day When They Got “Licensed to wed!”

Logan Went Down On His Knees While On The Congress Bridge In Austin, Texas. He And Michelle Went To A Concert That Day.

Logan Proposed To Michelle On September 15, 2017. It Took Them 5 Years To Finally Tie The Knot.

From “Friends” To “Husband & Wife”

Sister Wives Celeb Logan’s Siblings Having Fun At The Wedding Alongside Christine Brown.

It’s Time For Party!!! Congratulations To Michelle & Logan On Their Wedding!

As most of the kids from the Brown plural family are busy with their adult lives, they rarely appear on Sister Wives. Well, Janelle’s son Logan is also one of them. He and his now wife, Michelle Petty, keep things very low-key and only share major updates. By last year, Janelle had told the audience that her son Logan and his fiancee Michelle were building a house of their own from scratch. It turns out that it finally got done. The couple also moved into their humble abode. Kody’s second wife was the first to break this news.

Janelle and her daughter Savannah, went all the way to Las Vegas to pay a visit to Logan and Michelle. With this, she also shared pictures of their new home. She was very proud of her son to have achieved this milestone all by himself while being away from fame and fortune. All the fans took to the comments section to congratulate Logan as well as Michelle for their new home. Would you like to see more of them on the reality show? Tell us in the comments! Until then, keep checking TV Season & Spoilers for all the latest Sister Wives updates.