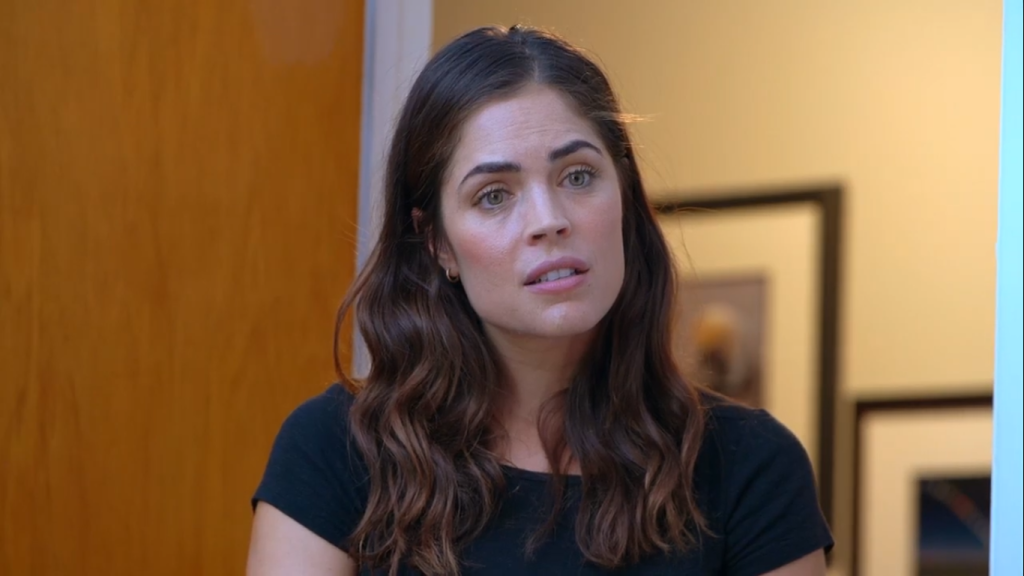 General Hospital Alum Kelly Thiebaud All Set To Start Her Own Travel Show?

Okay, we swear(not) that we aren’t crying over Dr. Britt’s passing on General Hospital. (Sniffles). But seriously, Kelly’s exit storyline and her top-notch performance in it have ensured that no one will forget her anytime soon. In fact, every time we will think back to the fateful night in Port Charles, our eyes will fight tears. When news first broke out that Kelly was leaving General Hospital in favor of her recurring role on Station 19, we didn’t think her exit would pinch this bad. Well, turns out everyone was wrong on both counts!

Kelly’s exit from General Hospital burnt a hole in our hearts! Furthermore, it turns out she hasn’t left the ABC soap to give more time to Station 19. Earlier, we reported that the REAL reason for Kelly’s departure from Port Charles was that she wanted to travel to be with her long-distance boyfriend. Kelly had also shared that she wants to explore more avenues professionally. The talented actress has now given a sneak peek into what said avenues could be! Stay with us to find out what it is!

The General Hospital alum took to her official Instagram account to share a video post and make a very special announcement. The video starts with a little picture montage of her previous work on television, including her time on General Hospital. Then it cuts to Kelly roaming the streets of Los Angeles. She introduces herself as the “resident bad girl” of GH. Kelly then shared some snippets of the iconic tourist spots of Los Angeles, the place that has been her home for 22 years.

In the caption alongside, The General Hospital star shares that she will be booking a lot more work on TV and films this year. Moreover, she announced that she also plans to host her own show! This will include travel, food, and games! The video Kelly shared is a demo reel of her show that she hopes to host soon! Honestly, we have to agree that it looks pretty good! Not only is the travelogue surreal, but her hosting is pretty hooking too! (Sorry, we couldn’t help ourselves *evil grin*). Check out the video below!

When we gave the comments section a scroll, we realized we were not the only ones enthralled by Kelly’s hosting skills! Many of her fans resonated with our opinion. A user, stfne74, thinks The General Hospital is a natural and that she would watch her show in a heartbeat. Another user, carolynwhite stated that the sky is the limit for Kelly as she is a great talent. Furthermore, she wished Kelly all the best in all her future endeavors. We, too, wish our beloved Britt all the best! Did you like the reel? Please tell us below! Meanwhile, stay tuned to TV Season and Spoilers for more such updates.