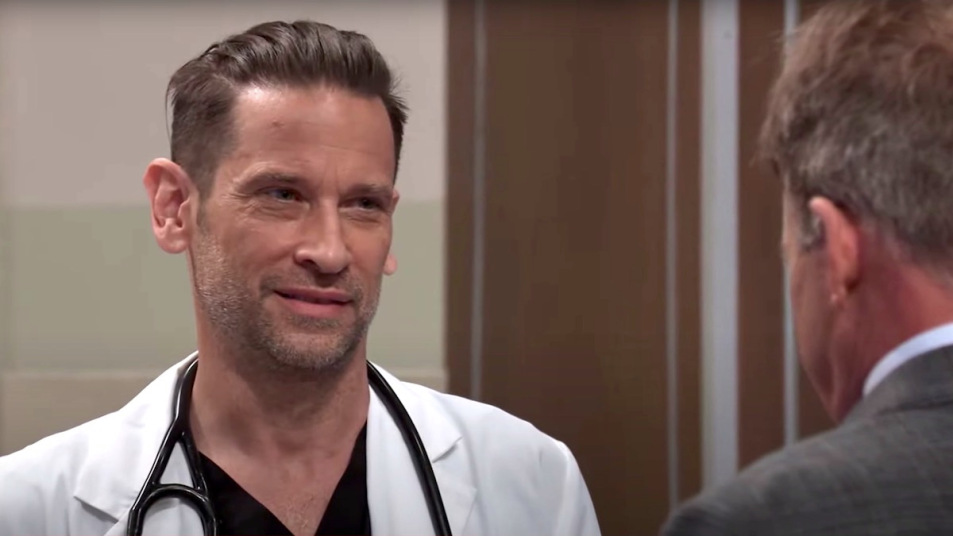 General Hospital: Austin Comes To Know About Millow Secret, Uses It As A Leverage?

General Hospital spoilers reveal that Willow and Michael‘s truth might come out sooner than later. GH viewers know that Willow and Michael are in love, and they are sneaking around. But the latest spoilers suggest that someone might come to know about their secret and use it as leverage. This someone is none other than Austin Holt, who recently came to Port Charles. Austin wants a piece of Quartermaine pie, and he will make some moves. What would he do? Keep reading to find out-

GH viewers are aware that Michael and Willow are together. Even if they are trying to keep that secret under wraps, they are together and in love. But, owing to their passion, sometimes they make mistakes. Viewers would recall that there was this one time when Jax saw the two of them making love. Now, General Hospital spoilers reveal that someone else might come to know about their truth too. Someone might be keeping an eye on them, and he would come to know what is going.

Celebratigthesoaps.com suggests that this person is none other than Austin. Austin recently came to Port Charles, and now he is trying to become a part of everyone lives who lives in Quartermaine’s house. He has made it known that he wants to be a part of the family and wants justice for his father. What would Austin do with this new piece of information? Could he blackmail Michael? That is indeed possible.

Along with trying to be a part of the Quartermaines, Austin has also bagged a job at The GH. There he is helping Chase with his recovery. Austin knows that Chase loves Willow and believes that she loves him too. However, what both of them don’t know is that Willow only married Chase believing that he would die. At this moment, Chase has no idea that Michael and Willow are in love. So, it is possible that Austin might use this as leverage.

Once Austin comes to know all of the Millow truth, it looks like he might use this as leverage. Austin certainly needs leverage on someone to get himself in ELQ. He feels like his father was disrespected, and he doesn’t want the same to happen to him. So, he might target Michael with this piece of information.

Knowing that Michael and Willow are keeping their affair a secret, Austin might blackmail Michael that he would tell it to Chase if he didn’t back Austin up. Would Austin really do something like this? We will have to wait to know. Be sure you catch up on General Hospital to see what happens. Tvseasonspoilers.com will keep you updated with all the news. So, stay tuned.