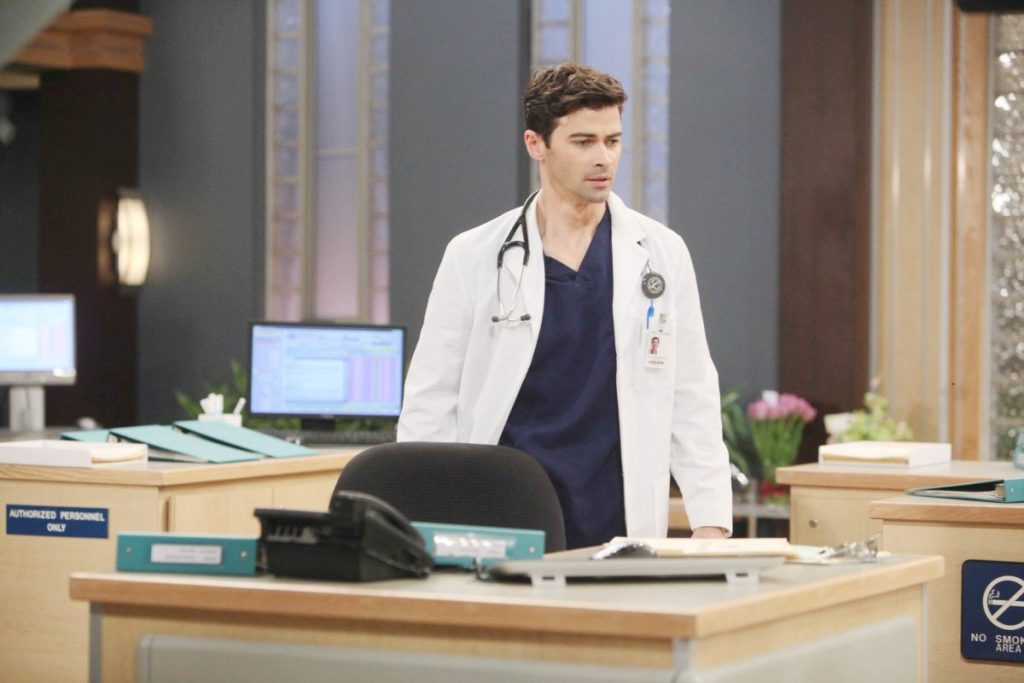 General Hospital has most of its focus fixated on Esme at the moment. Even in the recent past, some major storylines took center stage, like the hook killer, Holly’s return, and Victor’s never-ending scheming. This left barely any place for any other character to breathe on screen. Thus, the memories of Griffin Munro had begun to evade us. And it was as if the makers picked on our mental waves and name-dropped him.

Just in time for Christmas, we saw Ellie’s phone ring with Griffin on the other side of General Hospital. Once Ellie answered the call, the tone of her voice and the lingering conversation made it clear that it was not “just a friend” calling. The little snippet gave us hope that Ellie’s storyline will soon come into the limelight. Moreover, it will be laced with the possibility of a spicy romance! Yes! We might soon witness Ellie play doctor with the super hot Griffin Munro!

And The New Co-Chief of Staff At General Hospital Is…

The latest General Hospital spoilers tease that Dr. Griffin Munro will return to Port Charles as the new Co-Chief of Staff. We know that Dr. Britt, the former Co-Chief of Staff, devastatingly passed over. Thus, leaving an empty seat at General Hospital. Dr. Terry Randolph has been pulling in double duty but is feeling the burn of the extra workload. The birds are chirping that Griffin is just the kind of man the Hospital needs for the job!

Once Dr. Griffin Munro returns to Port Charles to take charge of his new duties at General Hospital, Ellie might soon follow him to town. After all, there needs to be a romantic angle too! This is a daily soap we are talking about! However, some spoilers suggest that the couple will not last for too long. Aw Shucks! They haven’t even properly gotten together yet! Anyhoo, the rumors stem from the possibility that Griffin and Ava might ignite an old flame! Heck, Ava might do it just to piss off Nik! Qe totally see this happening!

But then, what are the chances that Griffin and Ava would last on General Hospital? What say you? The comments section is all yours! Meanwhile, stay tuned to ABC over weekdays to see what happens next at General Hospital.