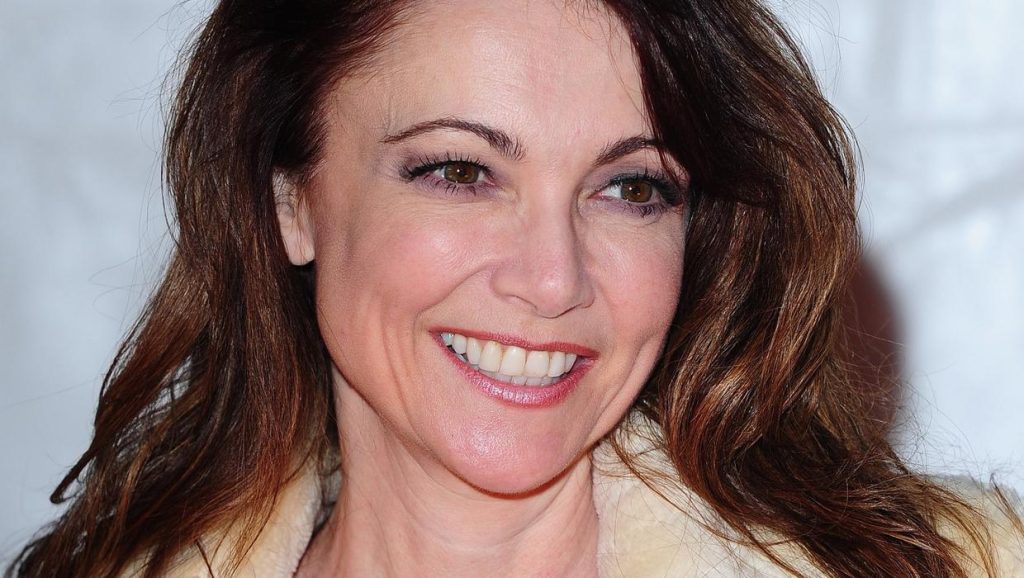 General Hospital fans were delighted to see veteran actress, Emma Samms, reprise her role of Holly Sutton. She was even lauded for putting up a brave front and returning to work despite her struggles with long Covid. However, when Holly returned to Port Charles, she didn’t quite seem her real self. Her behavior has been very off and is confusing the viewers. She is not the the old Holly, fans have been voicing on social media. However, actress Emma Samms has a different opinion. Keep reading to find out what she has to say!

“It’s been fantastic.” Emma told Soap Opera Digest about working with co-star and former real-life love, Tristan Rogers. She admits being taken aback by how much fans are still invested in their pairing, considering they have aged now. However, she compared the love story to Dynasty’s Joan Collins. She hopes to forge the same with Tristan. “A woman of a certain age could still have a love life and be interesting.” Emma pointed.

New Holly Is The REAL Holly On General Hospital.

Emma had first joined the cast of General Hospital back in 1982 and over the decades has made many appearances. However, not all of the storylines she was involved in were received with the same fanfare. But things are different this time, Emma claims. Admitting that in the past the story went awry due to many different writers and producers working. Although, this time writers have captured the old charm of the show, from back in the day. “The adventure and the excitement and the pace and the humor.” Emma asserted.

While audiences feel like Holly is different from what they’ve seen her to be, Emma has a different stance. “It feels like Holly, like the true character.” However, she admits that there are ups and downs in the small arc she is on the show for and the viewer’s won’t be disappointed. But we know Holly is keeping secrets. We don’t know what they are yet but they exist! And it will impact her reunion with Robert on General Hospital.

Well, we are keeping our fingers crossed in hopes all works out well for Holly! But we will have to wait and find out! Do you have any guesses what the secret could be? If yes, please share in the comments! Meanwhile, stay tuned to ABC to catch the fresh episodes of GH airing weekdays!