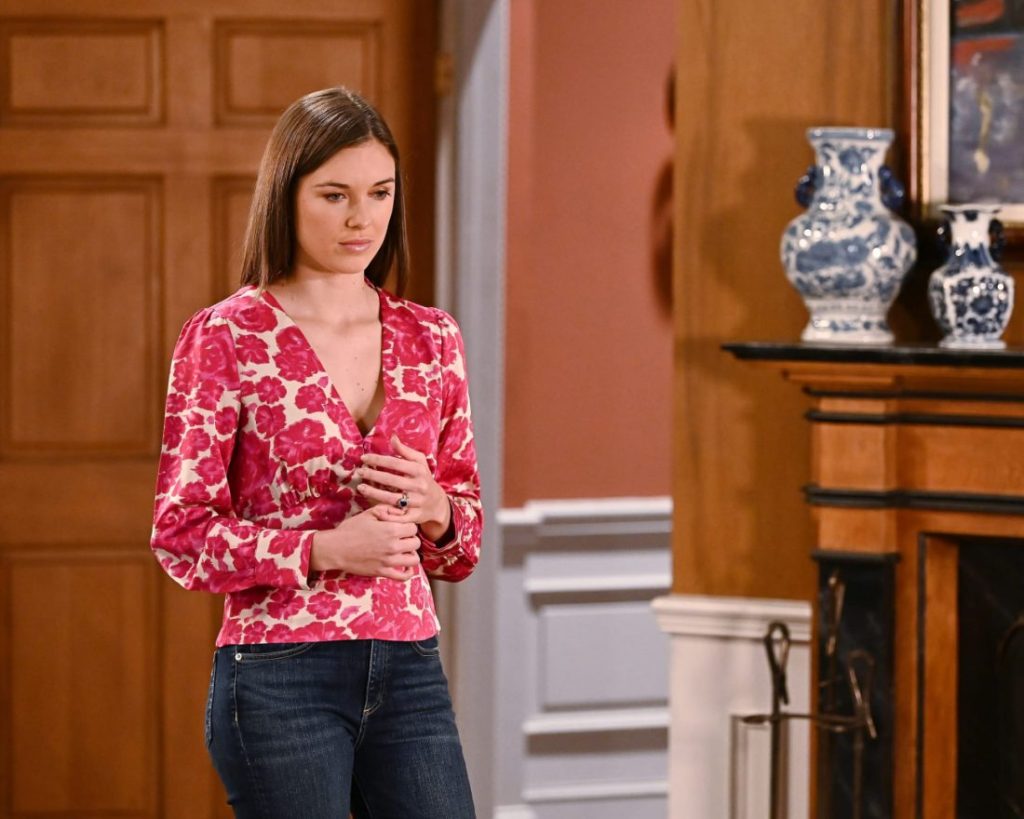 General Hospital: Is What Willow Did To Chase Really The Right Thing? What’s Next For Them?

General Hospital viewers know that a lot has been going on in the soap opera lately. And one of the most messed up and twisted storylines is the Willow-Michael-Chase storyline. Willow and Michael love each other, but even after all of that, Willow decided to marry Chase since he was on his deathbed.

But then, Finn was able to save Chase. Now, not only is Chase recovering, but he also knows the truth about Willow and Michael’s affair. Keeping in mind that every character in this storyline is holding a huge secret, who really is the bad guy here? What Willow did, was it really a nice thing to do? Let’s find out-

Is What Willow Did Right?

Fans seem to be really divided on who are the bad guys and who are the good guys when it comes to the Michael-Willow-Chase storyline. Unfortunately, none of them are practically right. While Chase is doing a bad thing by hiding his progress from Willow and also not telling her that he knows everything that’s going on between her and Michael, what Willow did and had been doing isn’t right either.

Willow actually marrying Chase just because she thought he was dying wasn’t a good thing. The look on Willow’s face when she came to know that Chase will live after all said it all. For a moment, it looked like she didn’t want him to live. As suggested by Soap Opera Spy, she just looked disgusted with the idea of being married to him. Nevertheless, she decided to stay in the marriage because Chase couldn’t walk.

While all of that was still acceptable to a point, her hopping in bed with Michael in the same house where she is supposed to be living with Chase is not. So, who really is the good and the bad guy? It looks like everything here is grey, with no one being good or bad. This storyline really has gotten really twisted. So, what would happen next?

General Hospital: What’s Next For Chase And Willow?

General Hospital spoilers suggest that Willow is waiting that as soon as Chase takes five steps, she would tell him the truth. But what she doesn’t know is that Chase has already passed that point. Not only that, but he also knows the truth about her and Michael’s affair. So, how will all of this pan out? As per the spoilers for the upcoming days, Willow and Chase will share a bittersweet moment. So, would Chase tell Willow the truth then? That is a possibility. However, that isn’t the only thing possible.

General Hospital spoilers speculate that soon Austin might be able to sway Chase. He might convince him that he should take revenge after everything that Willow and Michael have done to him. More spoilers also reveal that Willow might find Chase walking and snooping around in the Quartermaine mansion. She will call him out, and that would end their marriage.

While we don’t really know how Chase and Willow’s marriage will end, we know that it will end sooner than later. And when it does, there will be a lot of fireworks. So, make sure you don’t miss out on the action. Tvseasonspoilers.com will keep you updated with all the news about the soap as it surfaces. Keep an eye on this space. General Hospital airs on ABC all weekdays.