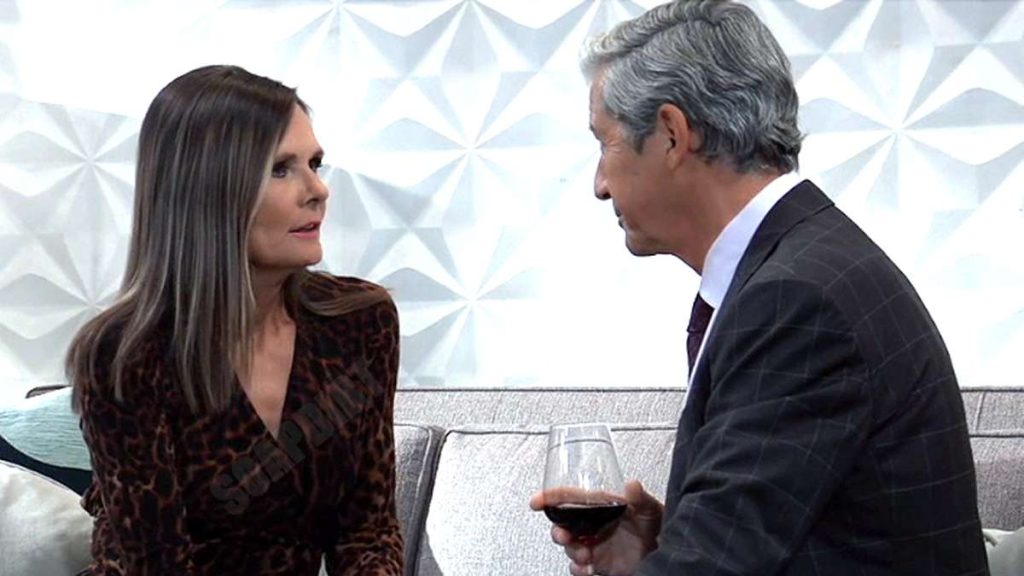 General Hospital is not coming slow at its viewers. Not at all! The latest GH spoilers making round are explosive and we promise you did not see this coming! Lucy Coe is coming back from the dead! And Victor better watch his back, because she wants revenge! Meanwhile, her return will also prove Anna innocent, and two happy reunions can be expected! Keep reading to find out what could go down next in Port Charles!

Victor Cassadine is not a man to be fooled around with on General Hospital. Lucy was in cahoots with Anna and Valentin, and was spying on Victor by taking advantage of his romantic interest in her. However, he soon found the truth. Enraged by Lucy’s deception and wanting Anna out of his hair, he devised a devious plan. Victor had Lucy shot in cold blood and framed Anna for it.

We saw an Anna look-alike pull the trigger on Lucy. However, we also know that Anna is innocent. Currently, on General Hospital, Valentin has been able to break Anna out of the prison transport vehicle and is now on the run. Victor sure has a way of messing people’s lives! However, according to the latest spoilers, he is about to get a taste of his own medicine! Apparently, Lucy is NOT DEAD. And she is all set to return with a vengeance against Victor for trying to kill her.

If Victor is not a character to be messed with on General Hospital, Lucy is not a timid one, either. She is as fierce as they come and will not take a beating lying down. Victor has wronged her, and now she wants revenge. General Hospital spoilers suggest the tables are about to turn on him, so he should really watch out. It will be quite a spectacle to watch Victor land in a pickle! He certainly won’t be expecting Lucy to return. She might strike at him just at the right time and Victor won’t be the wiser

However, it is not yet been revealed how Lucy survived or how she comes back. Another mystery remains as to who Anna look-alike was on General Hospital. Perhaps, her evil twin, Alex? Yes, she was presumed dead, but, so have been many who returned! Esme, for example! And hey, we are talking about Lucy coming back from death to avenge herself against Victor, right? Also, once Lucy returns, we can expect to see a happy romantic reunion between her and Martin Grey. And, once Anna is cleared for the murder that NEVER happened, she and Valentin can be together publicly once again! So stay tuned to ABC over weekdays to see how it all pans out on General Hospital.