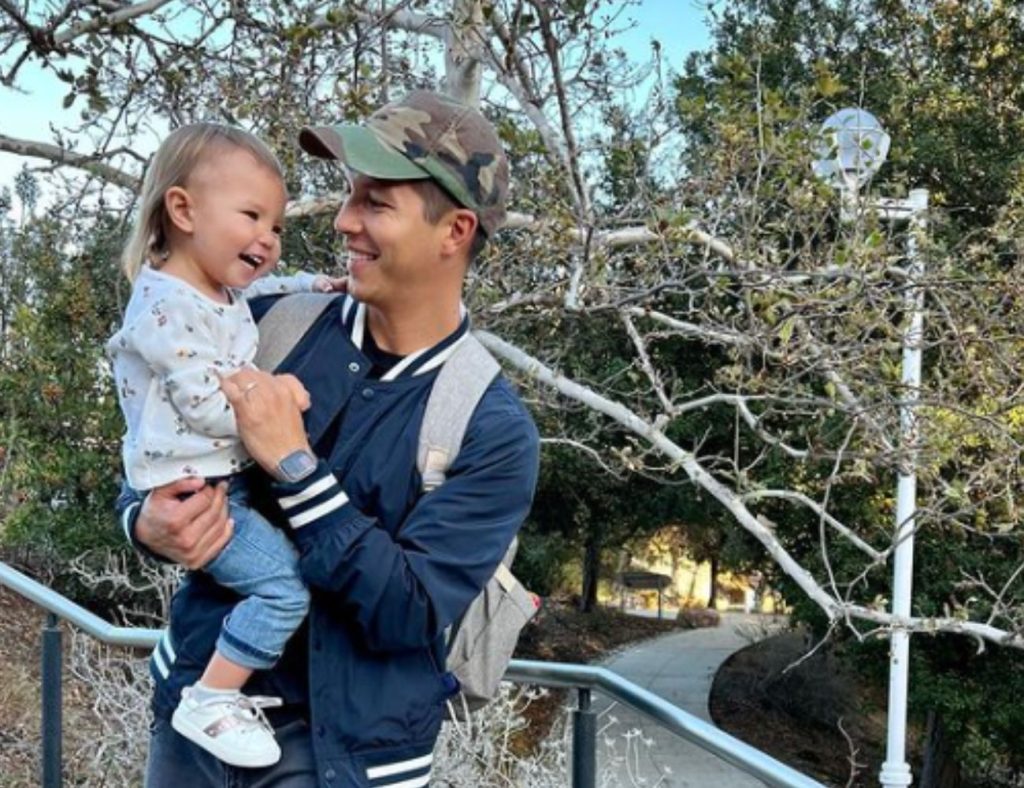 General Hospital star Michael Blake Kruse’s daughter Harlow is the star of her daddy’s Instagram! One look at Michael’s Instagram account and you can tell how doting he is as a father. He never misses a chance to proudly celebrate every happy family moment. Moreover, the star also never forgets to include his fans and followers in his celebrations. He always shares pictures and videos with his fans. May it be their pregnancy announcement for baby number 2 or the gender reveal post.

The General Hospital star has another reason to celebrate. His baby girl, Harlow just turned two! And, Michael cannot keep calm! The Proud parents of the birthday girl celebrated the big day in a grand style! Michael and Cara posted several pictures of the celebrations on Instagram. “So proud to be your father,” Michael exclaimed as he wished Harlow a Happy Birthday.

The General Hospital star also posted a video reel, starring Harlow. He titled the video “Harlow turns two” and set it to the tune of One More Time, by Daft Punk. In the video Harlow comes down the stairs dressed in a Halloween-themed onesie. She is excited to see the ribbon streamers and can’t stop running through them! Seriously, we would be running through them too, if had the chance! There are other birthday decorations too, like a giant balloon in shape of number two.

Harlow then enjoys a lovely breakfast with mommy Cara, and we assuming Michael is behind the camera, recording it all! They also indulged in some cute card games and an outing to the California Science Centre. Harlow enjoyed seeing the space shuttle and other fun activities at the center. Oh! And we mention she runs through the streamers at home multiple times, all along the video? Yeah! She does! The General Hospital star’s happy family concluded the day with cake cutting and candle blowing! Harlow visibly has a great time all through the day!

Please join us in wishing the wonderful baby a very happy second birthday. May she have the best life has to offer! Also, stay tuned to ABC over weekdays to catch up with Michael Blake Kruse on the fresh episodes of General Hospital!