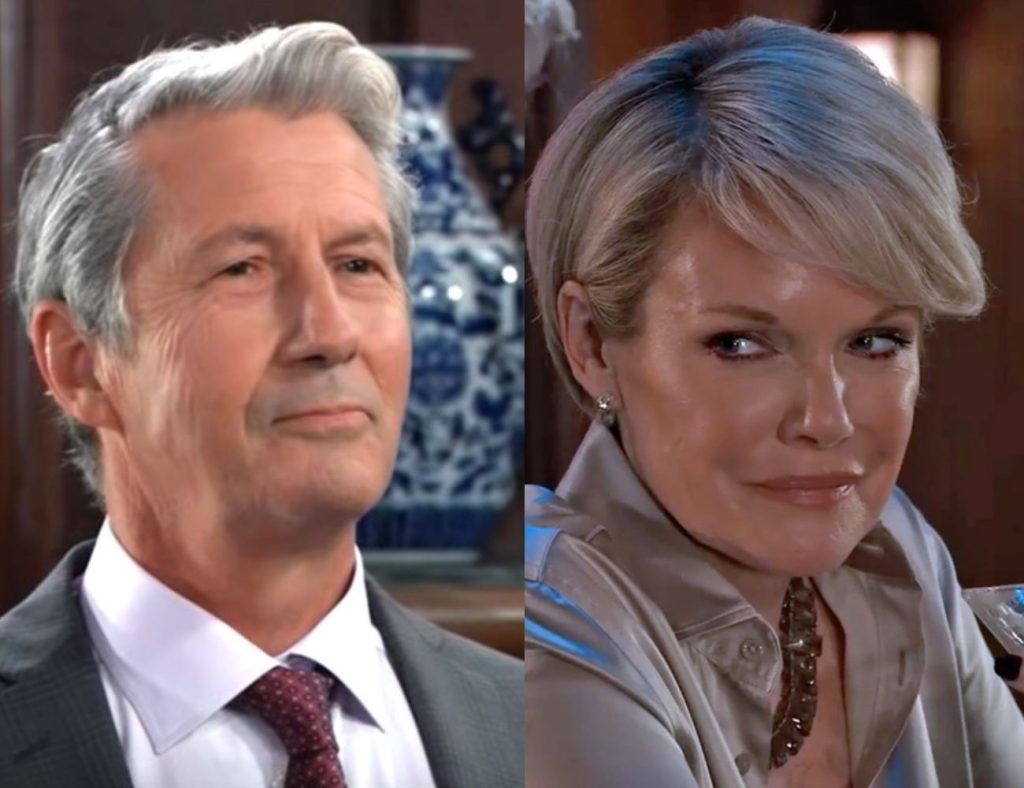 The dynamics between the characters shift so fast in General Hospital that it can leave our head spinning! It had not even been a heartbeat since Ava had decided to forgive Nik’s transgressions that his latest bun in Esme’s oven changed Ava’s mind. Moreover, that shift in Ava’s stance of now wanting a divorce from Nik might bring her closer to a much more powerful Cassadine. So, are we about to see Ava Jerome join forces with her husband’s notorious uncle, Victor Cassadine? Let’s find out!

Ava Jerome has always been a strong woman on General Hospital. Taking her lightly or for granted is certain foolishness. Perhaps, Nik always knew that he was digging his own grave when he got involved with teen devil Esme. But he did it anyway! Ava was furious to learn about his affair with his son’s girlfriend. It started a physical altercation between Ava and Esme, resulting in Esme falling off the parapet and disappearing for the first time. Post the mishap, Nik tried to repair his relationship with Ava, but she wanted time. Eventually, Ava decided to forgive Nik and moved back to Wyndemere, the Cassadine Castle, to work on her marriage with Nik.

However, matters quickly worsened on General Hospital when Esme showed up pregnant with Nik’s child. He held her captive in a secluded area of the castle to hide her from everyone. However, Ava found out about Esme’s pregnancy, and all hell broke loose. Feeling betrayed for the second time, Ava now wants a divorce from Nik on General Hospital. However, she does not intend to stop at just a divorce. The scorned wife wants revenge! She wants to take away EVERYTHING Nik holds dear. Including his wealth, his castle, and the entire Spoon Island. But can she do it alone? Or is she about to turn to a bigger player for help?

Ava And Victor Cassadine Come Together On General Hospital

“Hell hath no fury like a woman scorned”. It seems like this phrase was coined just for Ava on General Hospital. The vengeance she has in mind knows no bound at the moment. However, her plans are so massive that it would be very tricky for her to pull it off alone. Ava is going to need some help

in her battle against Nikolas. The latest General Hospital spoilers suggest that she will get the required help from an inside man. The all-powerful Victor Cassadine. If there is one man who seems to have stake in everything that goes down in Port Charles, it is Victor. And, this business with Ava and Nik is right in his home, so how can he not get involved?

Moreover, of late, it seems like Victor has an axe of his own to grind with his dear nephew Nikolas. Baffled by his current predicament on General Hospital, he has been spiraling out of control and out of Victor’s hands. Neither is he doing anything to fix his relationship with his son, Spencer nor was he eager to get on with Victor’s plans for the family. Victor had to threaten Nik to get him to listen.

So if Victor has to choose between siding with Nik or siding with Ava, right now, he will definitely pick Ava. Moreover, it seems like Victor feels a certain spark for her. Every time the two are on screen together; there is certain chemistry. Maybe, the two of them will join forces and rise as an evil power couple on General Hospital. What do you think? Would you like to see Ava Jerome and Victor Cassadine as a power couple? Please share your views with us in the comments. Meanwhile, stay tuned to ABC over weekdays to see what happens next on General Hospital.