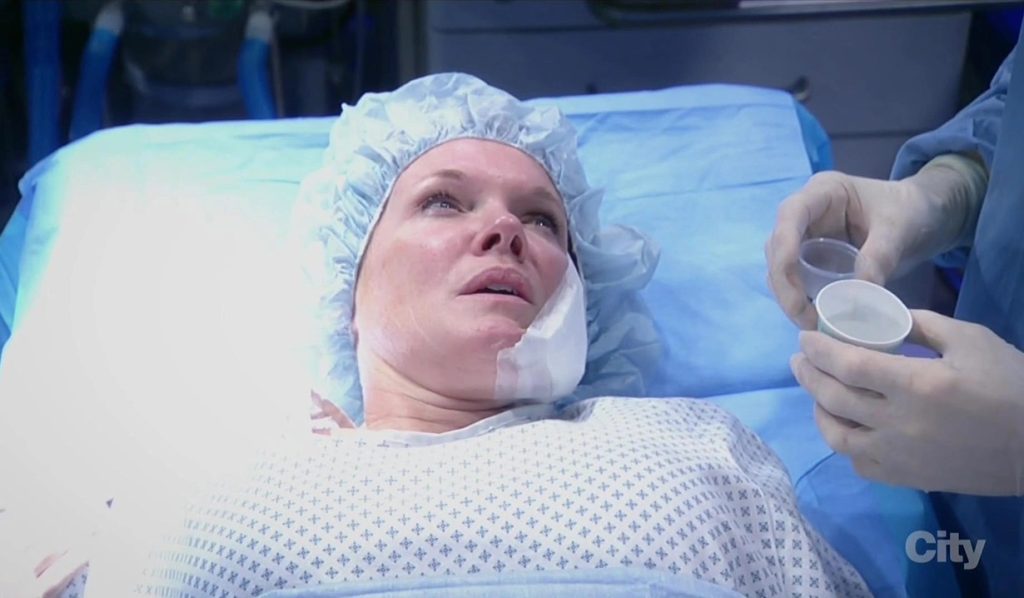 General Hospital recap for Monday, September 12, 2022, revealed the story of Elizabeth and Nikolas. First, Brook Lynn told Ned about dating and managing Chase. Ned warned Chase not to hurt his daughter. Later, Hamilton Finn raised his concerns for Elizabeth and Nikolas to Gregory.

Elizabeth confronted Nikolas regarding his alibi. Nikolas stood by his alibi and tried to comfort Elizabeth. Hamilton Finn saw them hugging at General Hospital. Sonny arrived at Ava’s room and accused her of defending Nikolas. He demanded to know where Esme was.

In this episode of General Hospital, we saw Ned have lunch with Brook Lynn at the Quartermaine Mansion. Brook talked about her continuing to be Harrison Chase’s manager while dating him. Later, Ned talked to Chase and threatened to hurt him if he ever hurt Brook. Chase agreed and suggested Brook could be quite ruthless herself; she eavesdropped on their conversation.

Brook and Chase discussed their plans to take down Linc Brown. Chase did not want anything to come in between their relationship. Brook assured him their plan was full-proof and nothing could pull them apart. Chase and Brook embraced each other.

Meanwhile, Hamilton Finn discussed his fears with Gregory Chase at the Metro Court Pool. He feared for Elizabeth Baldwin and felt Nikolas did not have his best interests at heart. Gregory learned about Liz’s memories and suggested she could not confront reality yet.

Dante spoke to Elizabeth at the General Hospital regarding the stabbing investigation. Right then, Nikolas arrived, and Elizabeth cornered him to ask if his alibi was to protect her or him. Nikolas stood by the story he gave to the cops and was offended by Elizabeth’s accusation. Elizabeth was unsure if Nikolas was guilty of the crime but suspected he was lying to her.

Nikolas called out Elizabeth and accused her of overreacting. She confessed her life was indeed out of control. Nikolas wanted to help and hugged her; Finn arrived and witnessed them getting close. Later, Elizabeth told Finn about her conversation with Nikolas. Elizabeth told him she wanted to tell the truth to the cops – she could not explain where she was when Ava was attacked.

In this episode of General Hospital, Sonny arrives at Ava’s room and demands to know what happened to Esme. Sonny did not know why Ava was protecting Nikolas and did not want Avery’s mother to suffer because of him. Ava assured Sonny she would never tolerate Nikolas hurting her.

Meanwhile, Selina forced her to stay at The Savoy despite the bartender’s warnings. Cody has a plan for her, he wanted her to pay for his $10000 entry fee at the poker game, and he would give her $15000. Moreover, Cody was confident that the outcome would be in his favor. Selina asked him to listen to her suggestions regarding the game. General Hospital airs weekdays on ABC. Stay tuned with TV Season & Spoilers for the latest news and spoilers.