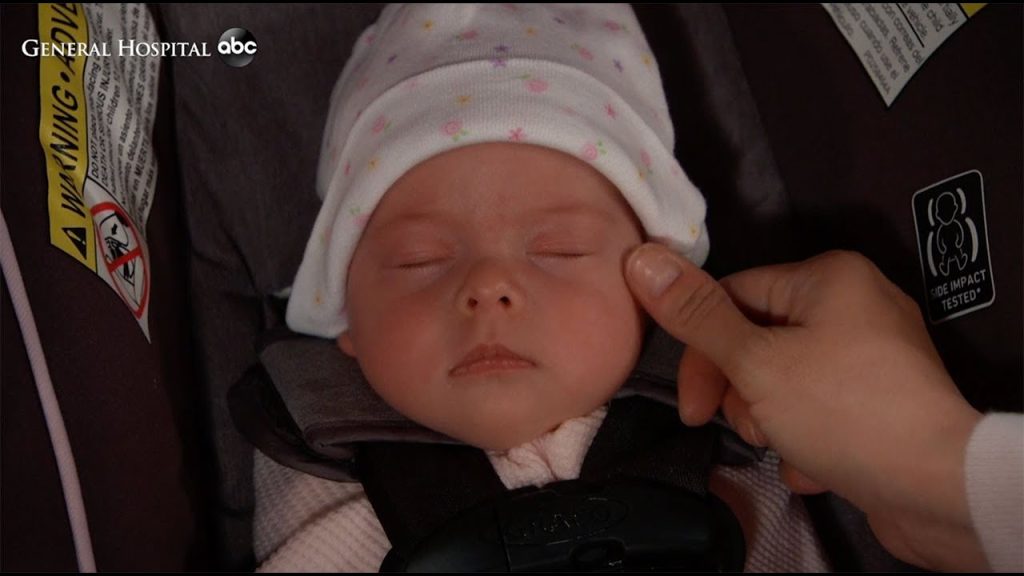 General Hospital spoilers suggest that the level of danger will soar to new heights in the upcoming episodes. Peter has kidnapped Louise and thinks that he will be able to escape with her. However, it doesn’t look like it will be so easy because nearly every person in Port Charles is after him and wants to kill the man.

So, could things take a sideway and end with someone being collateral damage? Since Louise is in the scene and Peter won’t let her go, could she be the one who ends up dead? This is a very shocking twist indeed, but would General Hospital take this turn?

General Hospital viewers who have been keeping up with the soap know that Peter, along with Victor’s help, was able to figure out that “Bailey” is Louise. After he came to this conclusion, he decided to kidnap the baby. Being the schemer he is, he w as successful in doing so. And right now, he has the baby with him. That has not only put Louise in danger but alerted everyone in Port Charles, and everyone is after him.

In the Wednesday episode, Peter made an announcement that he would take off with the baby. However, in the upcoming episode of Thursday, February 10, 2022, Peter will negotiate with Maxie. He might accept the plan of Maxie going with him. However, will all this be so easy? It seems less likely. General Hospital spoilers suggest that not only PCPD but WSB and every other person in Port Charles is trying to trace Peter down and save the baby. Once Maxie also gets in danger, the manhunt takes the next level.

General Hospital: Things Get Dangerous! Will Louise Be Okay?

As Peter tries to make the escape, it is likely that things will become rather dangerous. Never in the history of General has an escape been quiet on. So, everything will become explosive, and it is likely that the situation will get violent. Shots might be fired from both sides, and what if things go sideways? While everyone’s main motive for all of this will be to stop Peter from escaping and protecting “Bailey,” what would happen if the little girl ends up in bad shape?

When things get violent, nobody can say how fast situations will go out of hand. So, the same might happen. While everyone is trying to gun Peter down, it is likely that Louise could get caught in the crossfire and end up in bad shape. While killing the little baby would be taking it too far, it is likely that she might end up in the hospital. Louise’s life has been full of twists and turns ever since the baby was born. So, it is likely that General Hospital might use it as a big blow before they finally give her a more manageable life.

General Hospital spoilers for the week of February 21, 2022, confirm that Maxie will feel like she has woken up from a nightmare. So, the baby might come back to her, but things could become scary before any of it is happens. The upcoming days at General Hospital will be full of twists, turns, and a lot of action. How do you think this whole storyline will end? Share your thoughts in the comments below. TV Season & Spoilers will keep you updated with all the news about the soap as it surfaces. So, stay tuned.