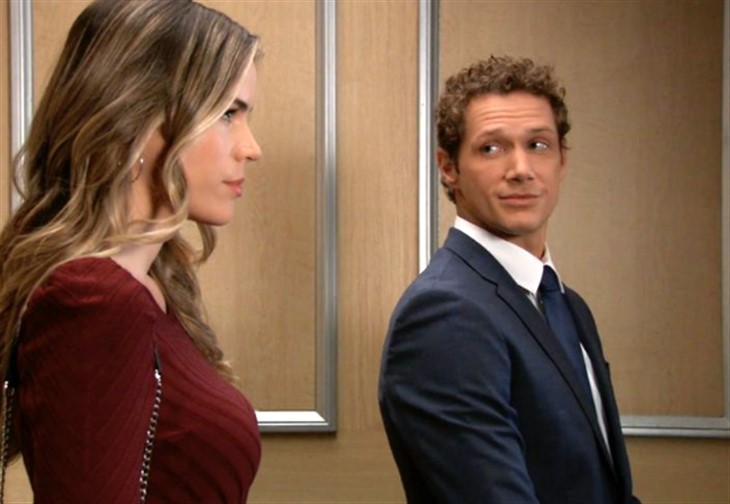 The latest General Hospital spoilers suggest that Sasha and Brando might face a crushing blow soon. Both of them are looking forward to welcoming their baby into the world.

But, it won’t be as easy. It looks like the poor couple will have to face a situation they hadn’t planned for. What will happen? Keep reading to find out.

Brando and Sasha Are Looking Forward For Their Baby

are over the moon about the pregnancy. They are planning their future and loving every bit of it. However, since everything is going so well so far, we have to wonder if a huge blow is coming their way? This is General Hospital, and it is almost impossible for a storyline to come to an end without a lot of drama. So, we can’t just accept this family fairytale will come true. What could happen?

Right now, Sasha and Brando are dealing with a little problem called Gladys Corbin. While she might be a minor hiccup right now, keeping in mind Gladys’ history, she doesn’t really take very long to become a full-blown problem.

General Hospital spoilers for the week of October 18-22 reveal that in the upcoming days, Sasha will do everything she can to make peace with Gladys. However, it looks like this will not end well for the pregnant mommy-to-be. Celebdirtylaundry.com suggests that Sasha might put too much pressure on this and end up sending herself in labor in the most unexpected situation.

Right now, Brando and Sasha are way too ready to have the baby. They have seen the delivery room and also the nursery. However, babies are usually born out of delivery rooms and nurseries in General Hospital. So, would Sasha find herself in a situation where she would be in a tiff? It is possible indeed.

Alternatively, it is also possible that even if Sasha reaches the delivery room, she might have to face some other drama. Whatever the case might be, General Hospital spoilers suggest that some major drama is coming around Brando and Sasha in the upcoming days. So, stay tuned.