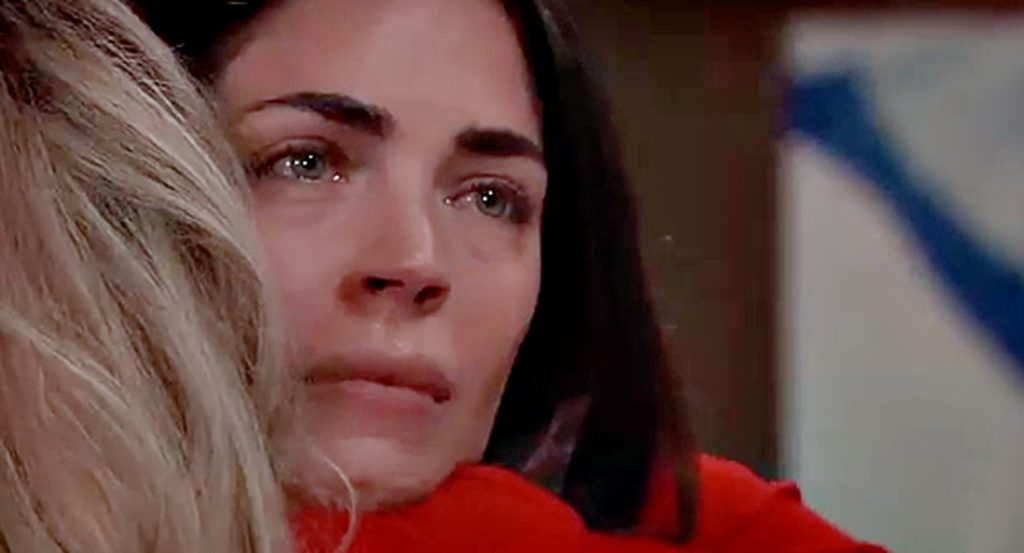 General Hospital spoilers suggest that Britt Westbourne might die on the soap opera soon. Kelly Thiebaud, who plays the character, is on her way out. She has decided to focus on her primetime career. That means she will be out of General Hospital any day now. While there were many speculations on what would happen to Britt, the latest one teased that she might get hooked.

Going by how the spoilers have surfaced, The Hook will attack once again in the upcoming days. That could also be when Kelly will be on her way out. Her alter-ego Britt is celebrating herself in the upcoming days. She is throwing a big party at the Haunted star celebrating her birthday and her last Christmas in Port Charles. So, she might take a moment to herself while she is at the party, and that could be the time when Hook attacks her. Could that be the end of Britt?

Further spoilers hint that once Britt gets hooked, she will be rushed to the hospital. Everyone will hope that the doctors would be able to save her. However, as luck would have it, General Hospital would be running low on the anti-venom that is needed. The doctors wouldn’t be able to save dear Britta. Since we know that this exit is confirmed, it is likely that GH might kill her for now.

In the previous episodes of General Hospital, Britta came across Victor Cassadine, who told her how he was aware of her disease. There is also a speculation making rounds that says that Victor is giving The Hook the orders. So, could it be possible that Victor would have come to know how bad Britt has gotten and decided to give her some relief? That would also deviate PCPD from finding the killer and give Britt relief.

More General Hospital spoilers suggest that by the end of this week, Liesl will vow to take care of something. So, the speculations really fall right into the place where GH viewers might see Britt dying after The Hook attack and Liesl vowing to avenge revenge. It could also lead to Liesl figuring out that it was Victor who was doing all of this and putting an end to this whole misery of The Hook Killer. Could this happen? We will have to wait to know. General Hospital airs on ABC, and it is confirmed that a new drama is coming up around Britt in the upcoming days. Make sure you tune in and enjoy.