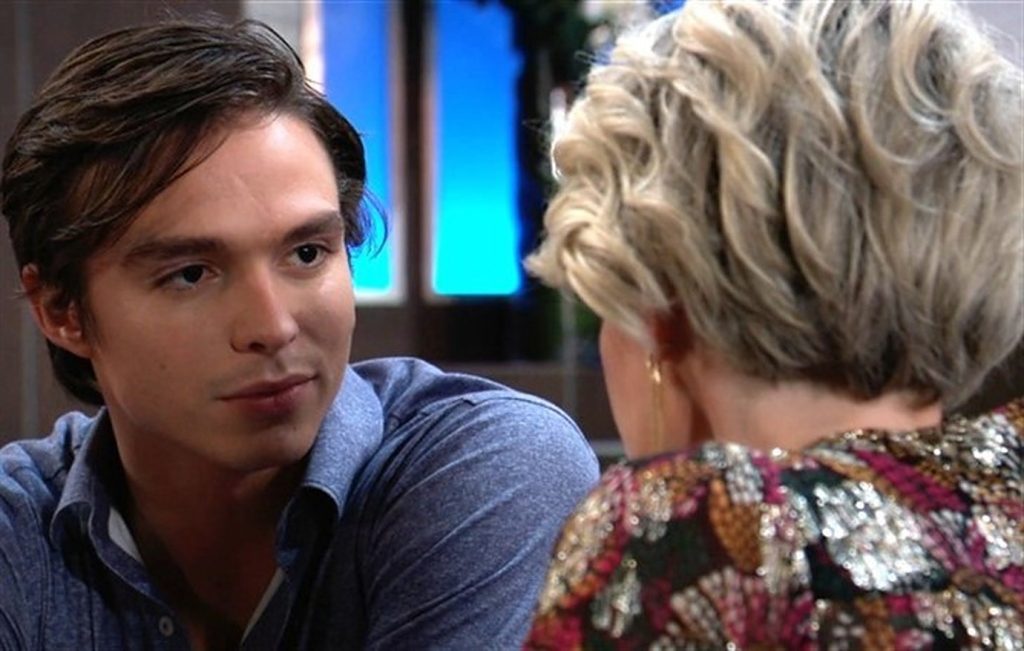 General Hospital spoilers for December 28, 2022, suggest Spencer will realize that he had been holding Ava responsible for the wrong things. He will apologize to Ava for what all he has done in the past. Will Ava forgive him? Elsewhere, Liesl will make a dangerous promise to someone which might she might regret later. On the other end, Valentin and Anna will continue to find some leads regarding Lucy. Will they be able to find any? Keep reading to know what is brewing in Port Charles in today’s episode.

On Wednesday, Spencer will realize that things were really unfair for Ava. Fans know that Spencer has never respected Ava and also asked Esme to cause harm to her in the past. General Hospital spoilers reveal Spencer will finally apologize to Ava for the things he has done in the past to her. He will also apologize on behalf of Nikolas for his recent romance with Elizabeth and for disappointing Ava. Whether Ava forgives him or not, she will not let Nikolas escape that easily. We have to wait to see what she does next.

Speaking of Nikolas, Victor will deliver a warning to him. Although he is happy that Nikolas and Ava’s divorce is underway, he will still have some warning for him. This time, it might be about Spencer. Looks like Victor might discover that Spencer is apologizing to Ava for everything. Victor has always seen Ava as a threat. So, he would never want his grandson to get closer to her in any case.

Next, Liesl will make some dangerous promises that will definitely shake her world. As for now, fans know that Liesl is the one who knows about Britt’s health condition and is keeping it a secret. Chances are there that Britt might ask her to keep her health crisis a secret from everyone forever. She might not want anyone to feel bad for her when she is gone.

Then again, Britt might also ask Liesl to lie about her reason of death to everyone. Chances are there that GH might use this plot to make people aware of ‘death with dignity’ storyline. Whatever the case, Liesl might make that promise to Britt considering how the storyline is developing for Britt. Elsewhere, Valentin and Anna will continue to hunt for Lucy and the link connecting to Victor with the crime. Will they be able to get any valuable clues? We will know that soon.

Finally, the villains of the show will have something to offer. While Cyrus keeps his ego aside to help his sister, Laura will continue to suspect him. She wouldn’t want to believe that he actually has changed. On the other hand, Esme will start executing her new scheme. She will invite someone to have dinner with her. Could it be Nikolas, Elizabeth, or someone else? Stay tuned to see what happens next. General Hospital airs every weekday on ABC. For more updates and spoilers, visit our website, TV Season & Spoilers.