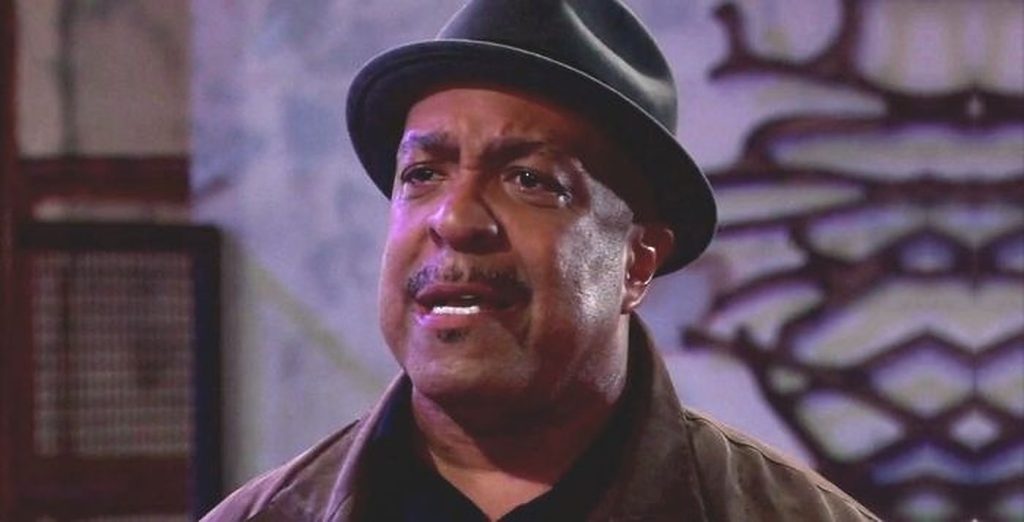 The upcoming episode of General Hospital on Friday (June 10, 2022) will see tons of drama. Marshall will finally reveal why he left his family. Also, Laura will quietly support Cam as he is hassled about Liz. On the other hand, Esme and Ryan will be busy plotting separate schemes for their benefit. Ava will wonder what’s going on with Spencer. Finally, Trina will face her fears. Keep reading for more!

On Friday (June 10, 2022) in General Hospital, Curtis Ashford will inform Portia Robinson about his candid chat with Marshall Ashford, as it may impact her. Marshall’s schizophrenia and the intricate background of why he stayed away will be revealed to Portia. That information, of course, will not deter her.

She knows that conditions like Marshall’s can be handled with the right treatment. Marshall said he’d never had a relapse. So, he seemed to be doing well. With his family’s help, he should be doing much better. Following Marshall’s journey, Epiphany Johnson will have the opportunity to reconnect with him. Hopefully, he will warn him not to disappear again.

According to other General Hospital spoilers, Laura Collins will realize Cameron Webber is holding back. Laura seemed to believe that if there was ever a moment to lean on each other, it was now. Laura will undoubtedly want to be by Cam’s side while he frets over Elizabeth Baldwin. Cam is also concerned about preserving Spencer’s secret. But he may focus on his anxieties about Liz because Laura will console him about his mother.

Gregory will be there for his son, no matter how much information he wants to share about his Shadybrook. He will do his best to cheer him up. Watch General Hospital to know how it goes down.

Meanwhile, Esme Prince will continue to support Nikolas Cassadine at Wyndemere. Esme has promised to back Nikolas in his decision to come clean if he so chooses. He does not want to tell Ava the truth. But Esme will make it plain that she will be by his side to support him through whatever happens.

Esme will pretend she’s alright with keeping their connection a secret. But we all know she’s plotting to destabilize Nikolas and Ava’s marriage. Ryan is using Esme for his bizarre scheme, but she could be a major headache for Nikolas. Esme is just as bad as Ryan.

While Esme is always on her father’s side, General Hospital spoilers say that her purpose could collide with her biological father’s. This will no doubt escalate the tension. Esme will speak with Ryan soon, but not before he has a run-in with Mac and Felicia. Ryan will arrive at General Hospital for this stunning encounter, followed by another surprise when Mac threatens Ryan. Not just that, Ryan lets out an angry scream in the preview video of the General Hospital Friday (June 10, 2022), but there’s a chance the clip is deceiving. Ryan might fantasize about blowing his top because he’d rather do that than sit there in phony locked-in stillness.

On the other hand, Ryan may lash out, making it appear as if he’s finally broken free from his locked-in syndrome. In any case, Mac will do everything he can to keep Felicia away from Ryan.

Elsewhere in General Hospital, Ava will try to figure out what’s going on with Spencer, as he has feelings for Trina Robinson. Spencer seems to care significantly more about Trina than he does for Esme. This will make Ava curious about what’s going on. Trina will open an email that will change her life as Spencer is being interrogated. Will the Title IX probe finish in a devastating blow or, for a change, with some good news?

Trina’s life at PCU is on the line, so she’ll be apprehensive as she reads her fate in that email. Josslyn Jacks and Rory will support her. Therefore she will have some help as she copes with this significant development. General Hospital airs every weekday on ABC. Stay tuned to TV Season & Spoilers for exciting new updates on your favorite daily soaps!