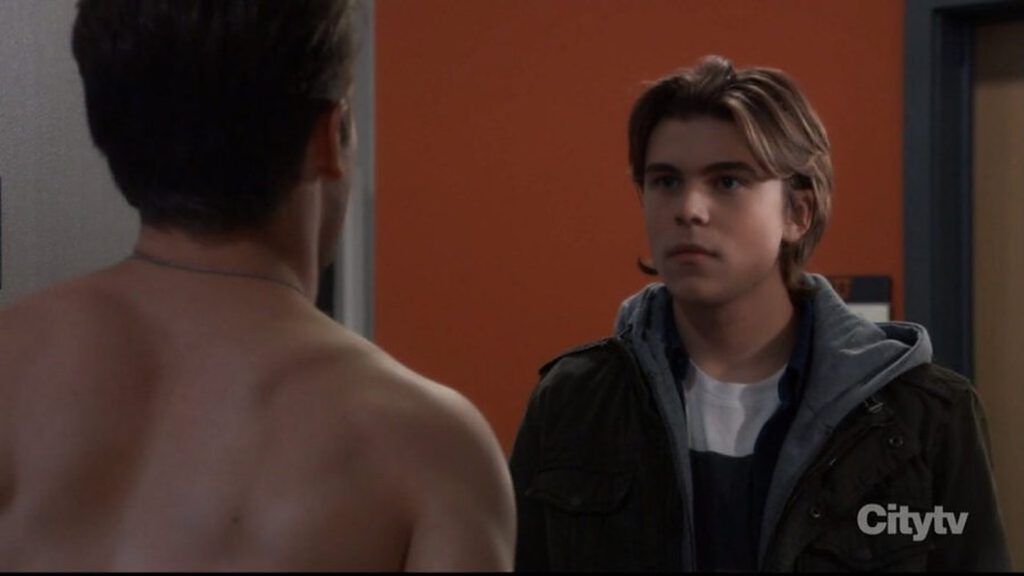 General Hospital spoilers for January 23, 2023, claim that Ava will cross paths with Mason and will wonder if she has seen him before. Shockingly, she will realize something stunning which will shake the entire storyline. Elsewhere, Heather will again come to meet Esme and will ask her not to worry about anything since she’ll always be there to support her. Over with Sonny, he will sense that Spencer’s plan might not work the way he wants it to. Keep reading to know what is brewing in Port Charles this Monday.

First, Heather will again try to meet her daughter on Monday’s episode. General Hospital’s spoilers claim that Heather will meet with Esme and ask her not to worry about anything. She will assure that no matter what happens, she’ll always find her by her side. As for Esme, she will wonder why she is so much worried about her. Later, Esme will share how people are accusing her of scary crimes that she doesn’t even remember.

Over with Spencer, Sonny will warn him to think before he acts. After listening to his plan, Sonny will also feel like he just wants to take revenge on his father. Fans know that Trina also had the same doubt! Now Sonny will also think the same, however, Spencer will assure that he wants his sibling to raise in a good environment. Will Spencer be able to provide it? We have to wait to see what happens after this.

In the meantime, the baby’s real father, Nikolas, will meet with Laura and seek some help. He will admit that Victor is trying to force him into signing the Spoon Island and give Ava, Wyndemere. Although he might think she will help him, but Laura will rather support Victor’s idea. After making Ava face so much of pain, Laura will think that she deserves to have her share from his will.

Over with Ava, she will cross paths with Mason and will immediately recognize him. General Hospital spoilers say Ava will confront Mason. Shockingly, he will be the same person who Ava saw the night the hook attacked her. Although Mason wasn’t the attacker, Ava will certainly threaten him into turning all the suspicions onto him. Ava is a good friend of Austin, so she will threaten him to stay away from him, or she will make his life miserable.

Elsewhere, Carolyn will beg Liz to forgive her. Even if she wants to take her own time, she will let her take. All these years, Liz has to endure the pain of her past just because of Carolyn’s mind trickery. So, she won’t want to forgive her. Carolyn will also share that she is willing to stay with Jeff even though he cheated on her. This will lead to Liz wonder whether her father is that important to her.

Finally, Cameron will find a shirtless Dex opening Josslyn’s door. This will make him realize if Dex is the reason why she broke up with him. Looks like Cameron will ask Joss whether she cheated on him before the breakup. So, she will also come clean about it and confess that she cheated on him. Things are to get much messier in the upcoming episodes. Stay tuned and watch General Hospital, it airs every weekday on ABC. For more updates and spoilers, visit our website, TV Season & Spoilers.