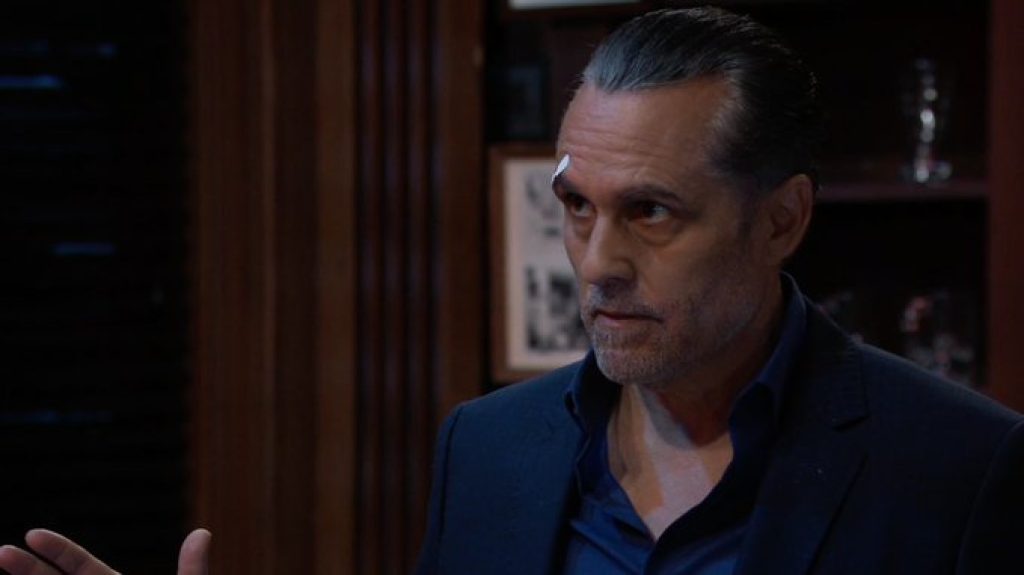 Also, in tonight’s episode, Dante Falconeri (Dominic Zamprogna) will call out Michael Corinthos (Chad Duell). Seems like tonight’s episode of General Hospital is going to be packed with drama and mayhem. Keep reading to find out more.

In tonight’s episode of General Hospital, Brook Lynn Quartermaine (Amanda Setton) will be enraged by Brad Cooper’s (Parry Shen) latest maneuver. Britt has become a meme as a result of her inebriated pool antics, which is also Brad’s fault because he was the one who shot the video.

Brook Lynn will be perplexed as to how Brad could do such a thing to literally his best friend. Even if Brad tries to downplay his role in the video situation, Brook Lynn will still think he’s a jerk!

Britt will call a lawyer from her hotel room and demand a legal solution before her job, as well as someone else’s, is gone. It’s not a good image for General Hospital’s co-chief of staff to be plastered and drenched on social media. So, Britt will rely on her lawyer to help her.

Sasha, on the other hand, is about to receive a devastating blow as a result of a surprise delivery. There’ll supposedly be a parcel that arrives and causes Sasha a lot of grief

Elsewhere, Brando Corbin (played momentarily by Brad Schmidt) will be concerned as well. But he’ll be preoccupied with something else. Sonny has learned of some difficulties within his business, and he is concerned that Michael is already on his tail.

Brando, on the other hand, seemed more concerned about Dex and the rifle he was carrying. As they chase down Dex and Michael, Brando will team up with Dante and share their suspicions. Dex appears to be overly anxious to take care of business and prove himself to the boss now that he has addressed Michael!

Dex may harm Michael just as Dante comes to put an end to this dangerous confrontation. Dante will question Michael about his destruction scheme once Dex has left, and he will consider if doing this is the right thing to do and will make him better than Sonny.

Later, Sonny will confront Dex and issue a stern warning. If Dex touches one of Sonny’s children, He will promise to murder Dex! Sonny may be tempted to dismiss Dex over his latest gaffe. But might there be even more sinister truths lurking beneath the surface?

Dex’s character doesn’t appear to be trustworthy in general; therefore, he could be working for an adversary. However, it’s possible that Dex will be forced to cross into enemy territory as a result of this occurrence. Dex might easily land a job with a competing outfit vying for Sonny’s attention.

Selina Wu (Lydia Look) will contact Sonny about a disaster she sees on the horizon, whatever the case may be. Since Michael is after Sonny, Selina may be concerned about their alliance and how it might affect her. Sonny and Selina will have a tough conversation, according to General Hospital spoilers, so don’t miss it.

General Hospital airs all weekdays on ABC. TV Seasons & Spoilers are here with the latest updates and spoilers for your favorite TV soaps. Stay tuned, and don’t miss out on any exciting updates!