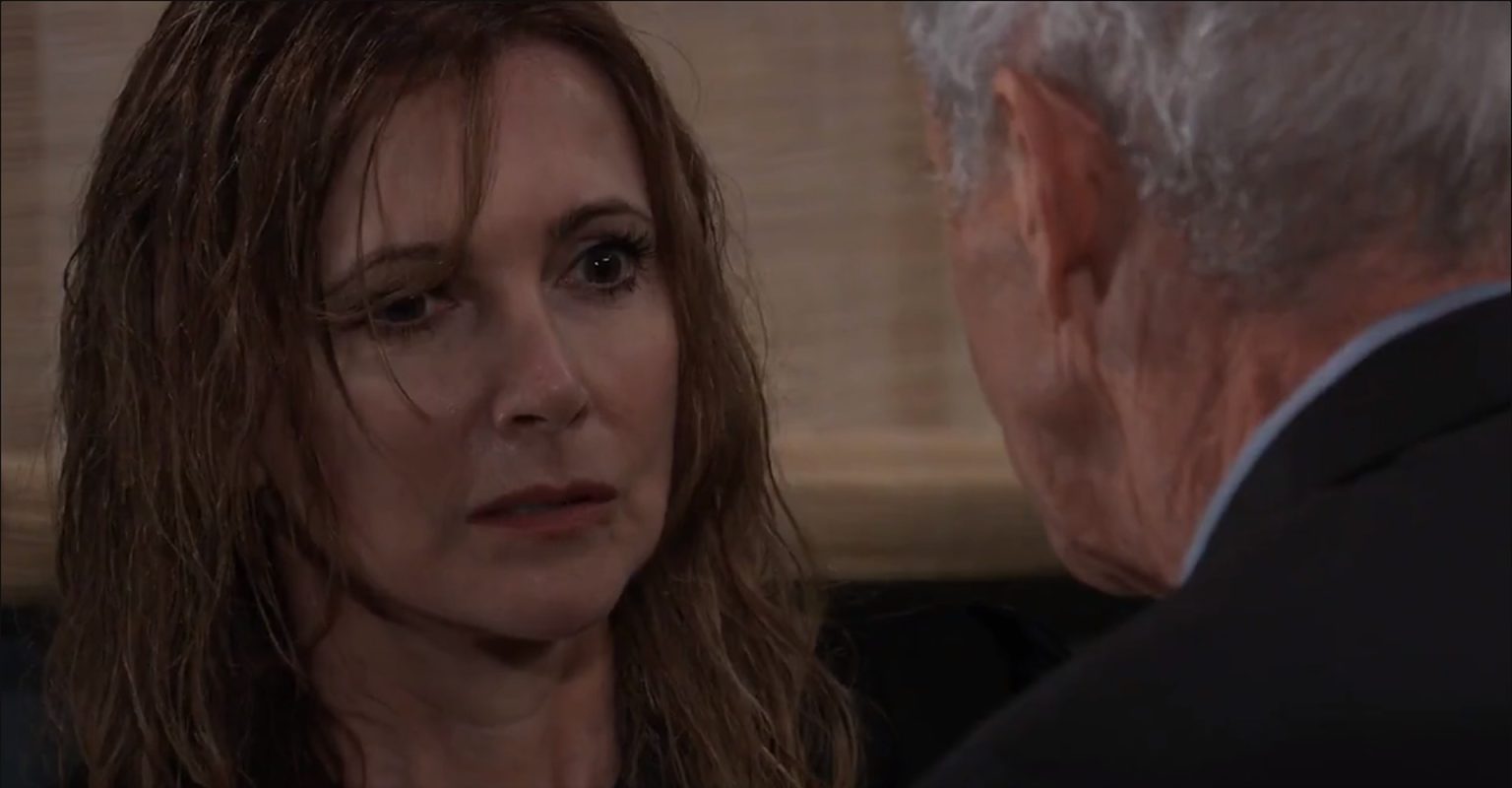 General Hospital spoilers for November 1, 2022, tease that Sam will suspect that Drew and Carly have more than just friendship. However, she will wonder why Carly wants to keep it a secret. Elsewhere, Holly will deliver a warning to Robert, who will decide to take down Victor. Holly can’t be trusted but is she really predicting a disaster, and that’s why stopping Robert? Keep reading to know the answer to that question.

After Laura surprisingly saved Valentin from Victor’s bodyguard, he will wonder how she landed in there. General Hospital spoilers tease that Valentin will realize that Laura’s presence was just too unexpected. So, Laura will admit that Anna was the one who sent her here. When Anna said that Valentin and Charlotte’s life is in danger, she rushed there to save them.

Speaking of Anna, Finn will come to visit her. Anna will remain upset and share that she is uncertain about her future. So, Finn will try to uplift her mood by delivering some comforting speech. Fans can be sure that some sweet scenes are to come in the upcoming episodes.

Elsewhere, Alexis will receive a response from the Hook Killer. All this while, Alexis was trying to communicate with the killer through her news articles. And finally, the killer will send in a response to her recent news article. The General Hospital spoilers tease the hook killer will admit that the attacks are not random. So, it will be pretty obvious that everything is pre-planned, and all these attacks are result of some vengeful strategies.

Over with Sam, she will cross paths with Carly on Tuesday’s episode. General Hospital spoilers tease that Carly will narrate her whole Jacksonville story to Sam. However, Sam will notice that Carly barely mentions Drew throughout the narration. She knows how much Drew helped Carly in her ordeal. However, fans know that Carly wants to keep her relationship a secret. But Sam will suspect that Carly’s relationship with Drew is not just mere friendship but more than that.

Next, Sonny will have an encounter with someone, most probably with Michael. Sonny will ins ist that someone has forgotten about the boundaries. So, it looks like Sonny and Michael will have a heated argument soon. Later, Sonny will make a bold move

by offering help to Robert. He will want to help Robert and Anna in taking Victor down, but Robert will turn him down.

Speaking of Robert, Holly will warn him not to team up with Anna. Ever since Holly has returned to Port Charles, fans can see that she is hiding something from everyone. Moreover, she also gets very uncomfortable when Victor’s name is mentioned. Anna and Robert wants to take down Victor, when Holly learns about it, she will warn Robert to back off.

Previously General Hospital viewers saw how Liz lashed out at Jeff and Carolyn. General Hospital spoilers tease that Jeff will finally give answers to all her doubts. One of that will be about Reiko and the staircase incident. Looks like Liz’s world will turn upside down when a huge shocker is dropped on her head. Other spoilers tease that Liz will fill in Finn about the shocker once she returns to Port Charles. What could that be, and How is Reiko related to Jeff? We will know that.

Back with Drew, he will have some favor from Alexis. Looks like he will need some advice from her. So, it will be interesting to see what Drew wants. Elsewhere, Heather Webber will prepare herself to escape from the hospital. Stay tuned as GH will air more twisted episodes coming weeks. General Hospital airs every weekdays on ABC. For more updates and spoilers, visit our website, TV Season & Spoilers.