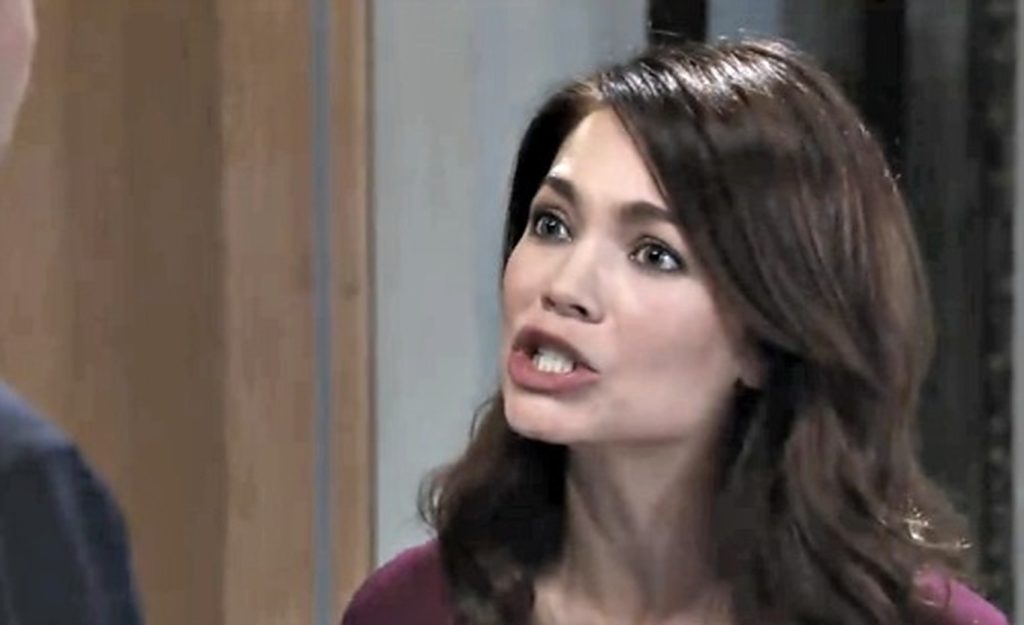 General Hospital spoilers for November 17, 2022, tease that Robert will confront Holly and would like to know if she is hiding something from her. Of course, Holly would never tell him that she is working for Victor. So, how will she escape that sticky situation? On the other end, Liz will demand Nikolas to call an ambulance when Esme passes out. Will Nikolas be willing to do that? Let’s read further to know what is brewing in Port Charles today.

First, Laura will call someone out to understand if that certain someone trying to hide something from the rest of them. Chances are there that it might be Robert, and Laura might be asking him about Holly. Since Laura will raise doubts, Robert will feel the need to ask Holly directly. Fans know that Robert is doubtful since Holly has returned. So, he will confront Holly regarding the same.

However, Holly will get nervous and remain scared about telling the truth to Robert. Holly is working for Victor and is likely being forced to obey his orders. Looks like when Robert pushes Holly to come clean about herself, she might have no choice but to think whether she can give it a try.

Elsewhere, General Hospital spoilers also relay that Felicia will encounter a mysterious person. Since the spoilers say that she will serve as Mac’s confidant later, it means she won’t be in danger. Chances are there that the mysterious person could be Lucy. Since the day she was “murdered”, no one has ever talked about it, nor have we seen her body. So, she might have returned.

At Wyndemere, Liz will rush to help injured Esme. Finding her unconscious in the room, she’ll demand Nikolas to call the ambulance. However, Nikolas knows very well what all Esme can do. So, he will rather be skeptical about calling the ambulance and will ask Liz to help Esme by herself.

At the metro court, Britt and Brad will have a chat, Britt will want to forget about her Huntington’s disease for once and will enjoy the time. So, they both will enjoy their time over some drinks. In the meantime, General Hospital spoilers say that Selina will talk to someone. Looks like she’ll talk about Britt after noticing her. Regardless, Selina is to deliver an invitation soon, this might stir up more troubles in the storyline.

At PCPD, Sam will want to talk to Dante in private. So, they will have some sweet moments together before Sam hands him over the task. Chances are there that Sam might want Dante either to look for the details about the necklace or to dig deeper into Cody’s past life. Whatever it is, Dante will certainly receive some important task from Sam.

Finally, Sonny will push Sasha to share her ordeal with him. So, Sasha will confess how controlling Gladys sometimes is. Very recently, she stopped Sasha from doing some business dealings. Since Gladys is her guardian, Sasha won’t know how to make her understand. Apart from that, it will also be Liam’s first birthday, and Sasha will miss Brando. Sonny will offer to help her out in this by talking to Gladys. GH hints that Sasha will continue to face some problems in the future also. General Hospital airs every weekday on ABC. For more updates and spoilers, visit our website, TV Season & Spoilers.