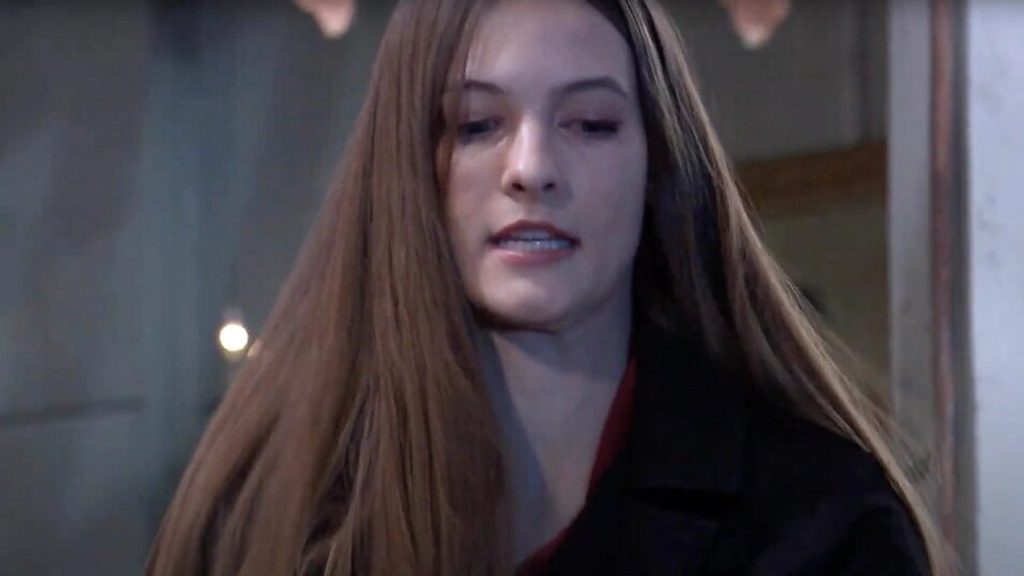 General Hospital spoilers for the next two weeks, from December 26 to January 6, 2023, reveal Heather will make some dealings with the PCPD. While Heather and Ryan fool others with their tricky plans, Carly will make plans to sabotage Drew’s search. Both will be hiding important information from each other. Over with Britt, she will bid a final goodbye to people after her birthday party.

During the week of January 2-6, 2022, the hook killer will attack someone in the town. Could it be Britt who is trying to leave the town? Coincidently, Esme will also escape from Wyndemere at the same time. Over with Heather, she will rush to defend herself. What happened, and why is she doing that? Keep reading to know what is brewing in Port Charles in the upcoming weeks.

General Hospital Spoilers For The Week Of December 26-30, 2022: Heather Comes Up With A Deal

First, Heather will have some dealings with the PCPD. General Hospital spoilers tease Heather will insist Dante and the cops that she will provide them with information about Esme’s whereabouts. Since she has already spoken to Ryan, she will ensure Dante that she will be able to find some hints from him. However, Heather will play very carefully since she doesn’t want to cause any harm to Ryan and Esme.

All that Heather will ask in return will be to get some extension from going away from Spring Ridge. This will give her some time to plot more revenge plans on Esme’s enemies. Looks like Heather is definitely the hook or is somewhat related to the killer. Over with Anna and Valentin, they will try to hunt for Lucy and will uncover some shocking facts.

Further on General Hospital, Carly will keep on trying to sabotage Drew’s efforts to find Willow’s birth parents. The spoilers say Carly will come up with some other technique to make Drew fail his mission. While Carly is hiding Nina and Willow’s bio link, Drew will also be hiding Willow’s health crisis. Both of them will be hiding such important updates with each other in order to save Willow. It will be interesting to see how Carly will react when she learns about Willow’s cancer.

At the Haunted Star, Britt will throw a birthday party to everyone before she leaves the town for good. In the meantime, Esme will be struggling to escape the Wyndemere. Other spoilers say Britt might be in grave danger since the hook is still on the loose, and she might be the next target. Will Britt really be the next victim? We will know that soon.

Next week, the hook killer will attack another innocent victim in the town. Chances are there that it might be Britt. General Hospital spoilers claim Nikolas and Liz will be scared when they find Esme missing from her room. Later, Sonny will rip into Nikolas when he gets some clue. This might either be about his cheating bombshell or about keeping Esme hostage. Whatever the case, Sonny is surely to grill Nikolas for something. Dante will also do some interrogation in the hospital.

Since Liesl will be the most worried, it looks like Britt might get attacked. Other spoilers claim there might be some clues pointing again toward Heather, so she will rush to defend herself. Fans know that she is already plotting to get some extension from going to Spring Ridge, so she will definitely won’t like to get caught. Martin will also accept a new client, that might either be Heather or someone else.

On the brighter side, Carly and Drew will have something to celebrate. While the town is facing some really bad issues, it will be interesting to know what these two are celebrating about. Chances are there, this might be related to Willow’s birth parents search. Is it possible that Carly somehow arranged for fake parents and convinced Drew? Possibilities are there. Finally, Felicia will advise Cody, which might add on to his guilt of lying to Mac about the paternity. Will Cody finally reunite with his bio dad? We have to wait to see what happens. General Hospital airs every weekdays on ABC. For more updates and spoilers, visit our website, TV Season & Spoilers.