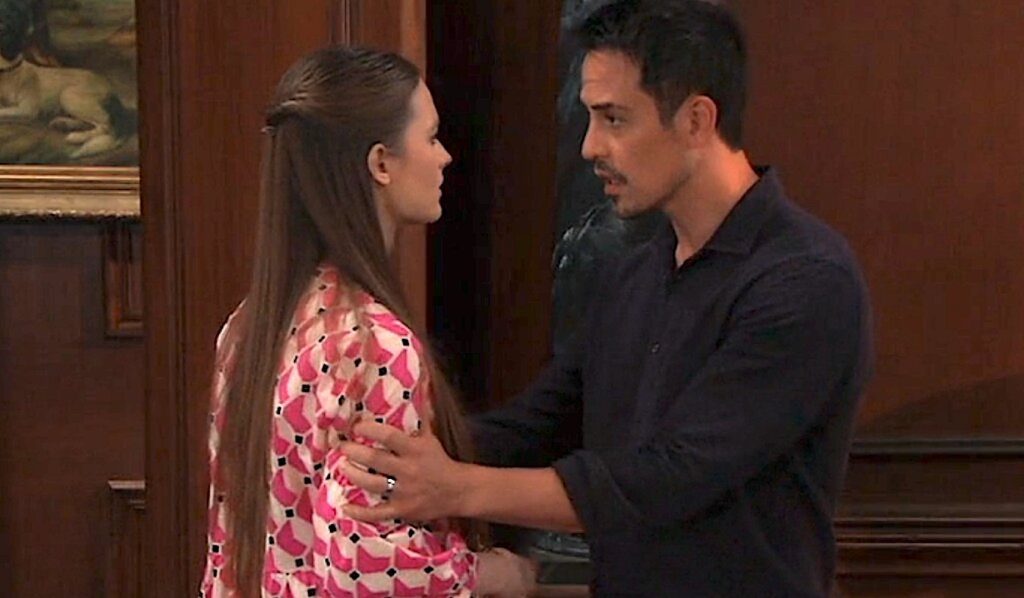 General Hospital Spoilers For The Week Of November 14-18, 2022: Esme’s Baby In Danger, Brick Messes Up A Task

General Hospital spoilers for the week of November 14-18, 2022, reveal that Esme’s baby will be in danger. So, Nikolas will ask Elizabeth to help him out. Over with Sonny, he will assign Brick with important work, but he will mess it up. What will Sonny do now? On the other side of the town, Carly will bust Josslyn’s secret and will have good advice for her daughter. So, what is this secret about? Keep reading to know what is brewing in Port Charles.

Next week, Carly will grill Liz with some questions. She will finally be able to join the dots and find out about Josslyn’s secrets. General Hospital spoilers say that Carly will discover that Joss has feelings for Dex and not Cameron. So, Carly will give some advice to her daughter. She will insist that having a feeling is not right but keeping Cameron in the dark and faking the feelings is not something she should do. Will Joss come clean about her feelings for Dex to Cameron? We will know soon. Elsewhere, Drew will also give some advice to someone.

Across the town, Esme’s baby will be in danger. Looks like Nikolas was able to track down Esme before she could create any problems. However, Esme soon had some complications with her baby. So, Nikolas had no other choice but to seek help from Liz. As for Liz, she can do whatever she can to save Esme’s baby. But it would mean that she also has to keep Esme’s pregnancy a secret from everyone.

At the hospital, Portia will breathe a sigh in relief. Looks like Curtis’ genetic reports will come, it will show that Curtis can’t pass on any schizophrenic tendencies. Even though it has nothing to do with paternity, Portia will still be happy with it. But Portia will continue to face troubles from Jordan’s side. She won’t want Portia to lie to Curtis about the paternity secret.

After Willow confesses about her leukemia, Michael will be extremely taken aback. Even though he sympathizes with her situation, he will wonder why Willow kept it a secret for these many days. General Hospital spoilers say that Michael will now want Willow to listen to him and let him support her in this ordeal. Just days before, Michael proposed to Willow

for marriage. So, it will be interesting to see whether Michael is still willing to marry her.

Elsewhere, Sonny will assign some important tasks to Brick. First, he will formally meet Nina and then will do the task Sonny asked for. However, looks like he will mess up really badly. Sonny will also confront him soon. While on the other side of the town, Laura will return to Port Charles and will have a tense meeting with Victor. S he won’t be scared of him at all but will rather have some demands. Selina will also deliver some invitations, which could be to Cody.

Speaking of Cody, he will have some encounters with Sam, which will leave her suspicious of him. Other spoilers tease that Cody’s secrets are to unravel soon. So, Britt will also get some huge shockers. As for Maxie, she’ll give some ultimatum to Spinelli, while Felicia will encounter something suspicious. Sasha will also struggle with her situation as it will be Liam’s first birthday, and Brando won’t be there with them. Finally, Laura will raise some suspicion about Holly, so Robert will know that Holly is seriously hiding something from them. Stay tuned and watch General Hospital on ABC. For more updates and spoilers, visit our website, TV Season & Spoilers.