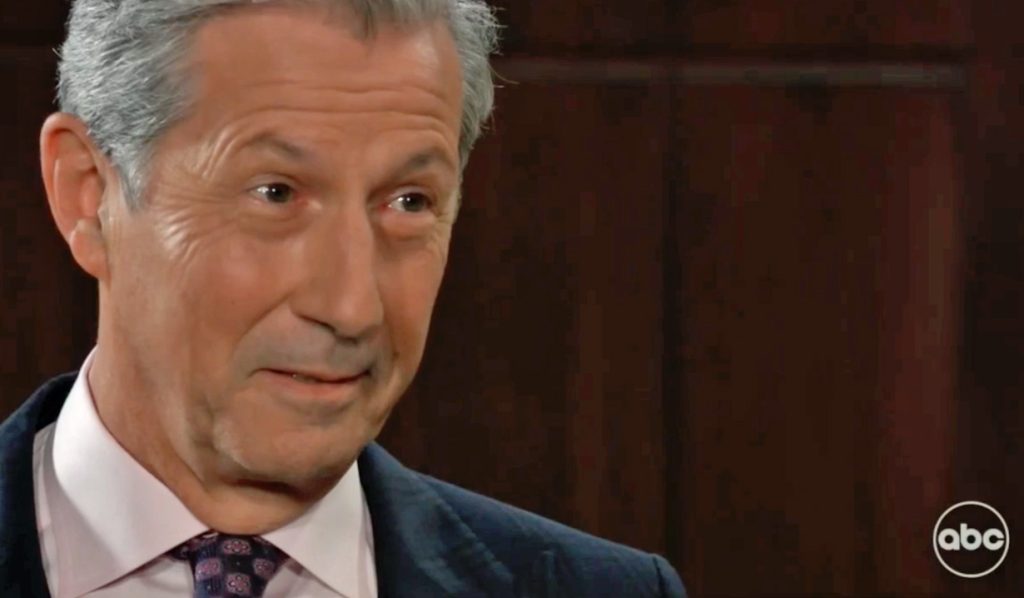 General Hospital Spoilers For The Week Of October 24-28, 2022: Victor Makes A BIG MOVE, Olivia The Next TARGET For Hook Killer?

General Hospital spoilers for the week of October 24-28, 2022, reveal that Spencer will contact Trina asking her about something. Elsewhere, Victor will have a major revelation to make, which might add on to the current chaos. Over with Liz, she will decide to visit the Mariana Islands to see if her past traumatic memories are triggered or not. Is Liz inviting more danger, or is she doing the right thing? Keep reading to know what unfolds in GH in the next week.

Next week, Victor will have some major revelations to make regarding something. What could that be about? As of now, we know that Lucy and Valentin are in trouble because of him, Lucy even got shot, and we don’t know if she is alright. General Hospital spoilers say that Victor will celebrate a major victory. He’ll announce his bold move and ask Johann to help him with that. Later, Nina will confront Victor and rip into him regarding Valentin’s safety.

Elsewhere, Cody just stopped Britt from throwing away Peter’s safe box. Now, Cody will want to see if he has something important inside it. Just in case, they might get some clues or something. So, Britt will open the box next week. Looks like they both will discover something surprising that could twist the storyline even m ore. Later, Britt will approach Sam for a favor, and Cody will also open up to Dante about what they saw in the box.

At the hospital, after facing some health issues, Willow will get the update that she is officially out of her first trimester. So, it will be time for her to prepare for her chemotherapy and treat her leukemia. Well, apart from this, Willow will also has to come clean to Michael about her condition. So, will she open up to Michael next week? We will know that.

At Pentonville, Spencer will contact Trina. What could that be about? Other spoilers claimed that Spencer will get some visitors next week. So, that might be Josslyn and Cameron. Anyway, we will have to see if Trina picks the call first. If she picks, then we’ll have to see if she wants to meet Spencer or not.

Over with Elizabeth and Terry, they will leave Port Charles to go somewhere. Looks like Liz will be done with all her memory triggers. To put a stop to her worries, Liz will decide to revisit the very place which keeps on coming to her mind. So, Terry will accompany her to the Mariana Islands, where that house is. The place where the staircase incident took place.

Looks like Mariana Island trip will help Liz get a direction. We will have to see how. Nevertheless, Liz and Terry will go there to seek answers to Liz’s past. Back with Cameron, he will have something to talk to Finn regarding Liz and will also give some advice.

In Port Charles, Olivia will face a surprise that will shock her. Chances are there that she might get blocked by the hook killer, or she might get some updates about the killer’s new target. Whatever the case, Olivia will be shocked. Speaking about getting shocked, Holly Sutton will also face something which will stun her.

Elsewhere, Sasha will get important updates about her legal battle. Now that Brando is dead, she will either need a new guardian, or she might be asked to join a rehab. Meanwhile, Carly and Drew will come even more closer to each other in Florida. Stay tuned and watch General Hospital, it airs every weekdays on ABC. For more updates and spoilers, visit our website, TV Season & Spoilers.