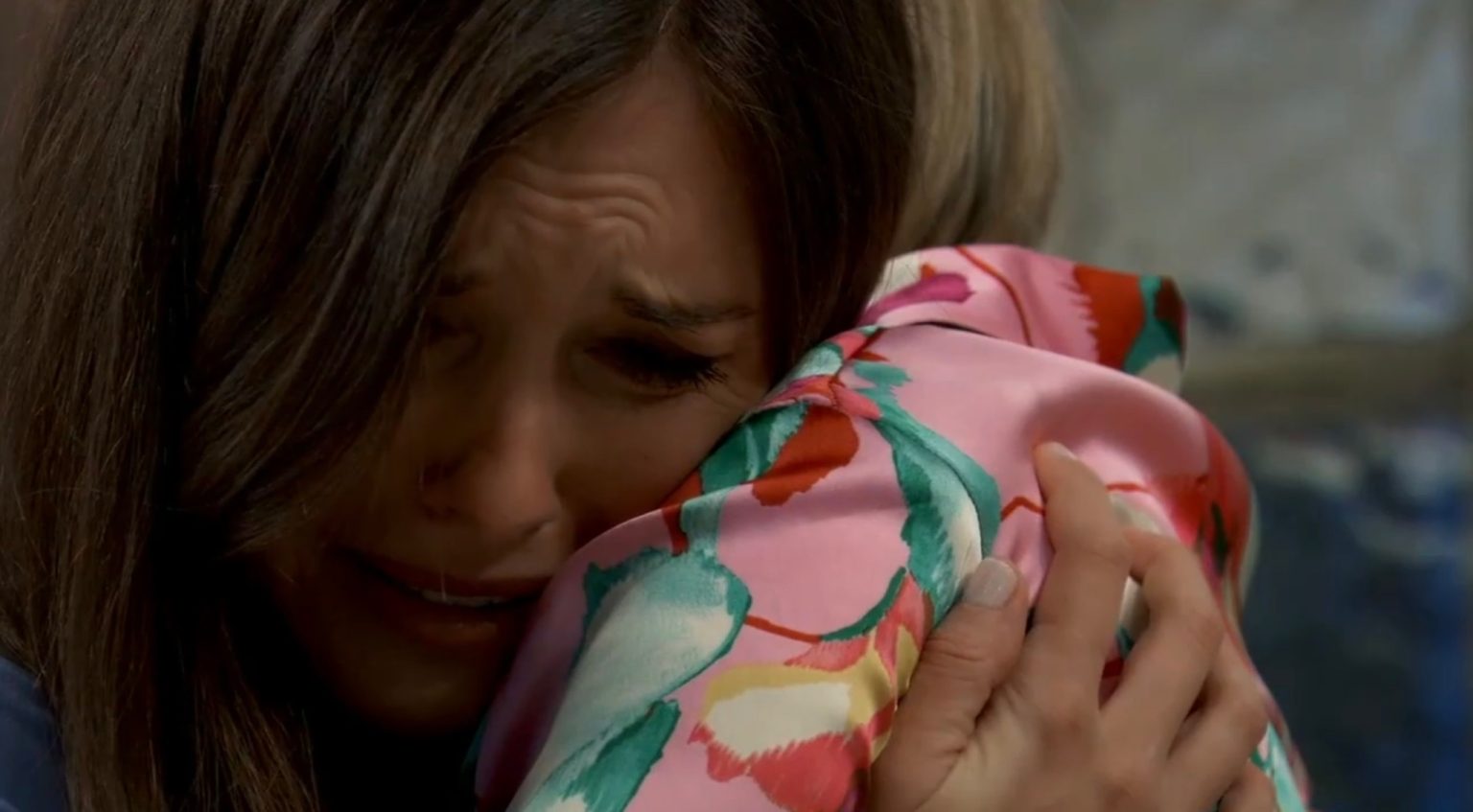 General Hospital spoilers for two weeks, starting August 15-26, 2022, reveal that Sonny will corner Dex. He will have some questions for him regarding his past. Meanwhile, Willow will get her biopsy reports which will put her in a shock. On the other hand, Nina and Carly will have an argument which will soon turn into a physical fight. At the hospital, Elizabeth might get triggered again, which might remind her of the past.

Further, the week of August 22-26, 2022, will be a week of love. Quartermaines will host a charity picnic where couples will come closer. Dante and Sam’s awkwardness will be noticed by Brook and Olivia. Speaking of Brook, Chase might have some confessions to make to her. Meanwhile, Trina and Rory will connect with each other. As for Drew and Carly, they will reconsider their feelings. On the other end of the town, Victor might threaten Ava and push her for answers. Keep reading to see how the storyline unfolds in the next two weeks.

Nikolas and Ava have tried their best to cover up the whole Esme Prince mess. The spoilers for the upcoming week say that Victor and Nikolas will soon have a chat. Earlier, Nikolas was already warned to watch his step with Victor. However, Victor will push him to spill the beans on about Esme.

As he opens up, Nikolas might take all the blame on him. He will not want Ava to get dragged into this mess. So, he will tell Victor that he killed Esme. However, Victor might get the doubt that he might be saving Ava. Elsewhere, Portia will awaken Oz and would want him to confess everything in the court. In the meantime, Trina will get to know that her verdict is near and will go to the courtroom to find out her fate.

Further on General Hospital, Cameron will come across Dex. In the first meeting itself, he will not like Dex’s vibe. He will warn Josslyn about him and might even ask her to maintain some distance.

Speaking of Dex, he might get into more trouble. Sonny will confront him with some questions from his past. Even though, Michael tried clearing the dirt from Dex’s past, it looks like he missed something. Over with Brick, he will find some concerning facts about Dex’s past and will promptly pass it on to Sonny. What could it be? We will know that in the coming episodes.

Nina and Carly’s never-ending bickering seems to escalate even further this week. The General Hospital spoilers say Sonny will have a cozy date with Nina. Later, Carly and Nina might cross paths. They will have an argument that might escalate to a full-blown yelling. It is also teased that yelling might turn into a physical altercation where they might slap or punch each other.

At the hospital, Willow will get her biopsy results. It will be confirmed that she has leukemia. TJ will offer support to her. However, she will still, not disclose it to Michael. She will be worried about the unborn.

Meanwhile, Elizabeth will get triggered by something. Finn will grow concerned about Liz and will think about the possible help he can offer. The spoilers show that he might make a decision and might involve Jeff Webber, Liz’s father.

The Quartermaines will host a charity picnic in the week of August 22-26, 2022. Next week looks like love will take over most of the couples in the storyline. The spoilers claim that Brook Lynn and Olivia will tease Dante and Sam. They will know that those two are feeling awkward but will still try to amp them up. Meanwhile, Leo will also try to wave his magic wand at Dante and Sam.

While there will be love in Port Charles, there will also be some difficult conversations. Willow will get her biopsy reports which will confirm her leukemia. She will finally decide to confess to Michael about her health condition. After knowing, he will offer to support her in this.

At the picnic, Nikolas and Ava will show their presence. They will come and enjoy themselves with others but will still be arguing with each other. Even though, Nikolas has a new plan to save Ava, he is surely not going to lose in the arguments. Things seem really rough for this couple. As for Ava, Victor might threaten her and push for answers. He will know that Ava is also involved in the Esme mess. So, he will probe.

Speaking of Nikolas, his son is likely to get to know about the cheating bombshell. Not just that, Spencer might also have a suspicion that Esme isn’t gone. So, he will be reeling. Later, he will also reject Nikolas’ help and might think that he doesn’t need him anymore.

Meanwhile, Trina and Rory will connect with each other. Trina being free and enjoying the picnic, does this hint that she got away from the conviction? We will know this in the next week’s episodes.

Further on General Hospital, Dex will be scared that Sonny might sense something from his past. To prove himself worthy, he might start working overtime. However, fans know that he cannot be trusted.

Back with Elizabeth, she will be furious at Finn. she will learn that he approached Jeff for help. They both are likely to have a rough patch in their relationship. In the meantime, Austin and his cousin, Mason, will have trouble. He will again threaten Austin to follow his boss’ order.

On the other end, Drew and Carly will reconsider their feelings. They know that they have faced many dangers together. It is teased that they might come closer to each other in the coming episodes.

As for Chase, he will finally pluck up the courage and confess his feelings to Brook Lynn. Things are to take quite a rough turn. The GH spoilers further hint that Ava might soon get a shocking news. Does it have something to do with Esme? We will know where the storyline takes us to. Till then, watch General Hospital, which airs every Weekdays on ABC. For more information on updates and spoilers, visit our website, TV Season & Spoilers.