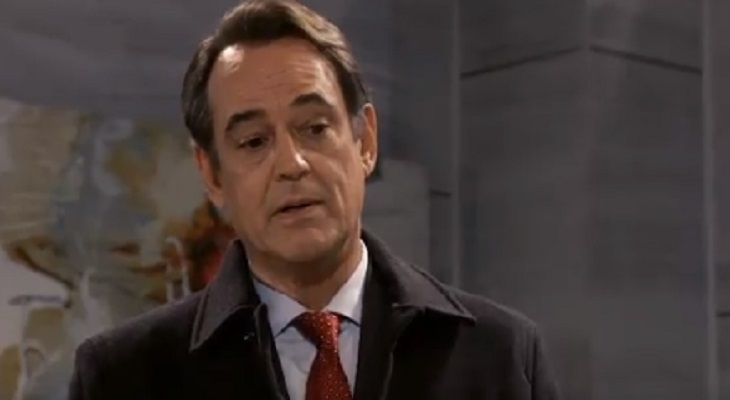 General Hospital spoilers suggest that the twists in Peter’s storyline are not yet over. GH spoilers speculate that a lot more is coming up. Viewers who have been keeping up with the soap opera know that recently Anna and Jason separately went to check in the basement where Liz and Finn had hidden Peter’s body. However, none of them found it.

While we could have said that Peter was alive and had a faint pulse that Liz failed to sense, but Liz is a professional, and making such a mistake doesn’t seem like something she would do. Could someone else have taken the body away before Jason and Anna even came to know about it? It looks like so. Who could this person be? Keep reading to know-

If there is one person who might want Peter’s remains is Kevin Collins. He might use all of this in a scientific way. Viewers might recall that Peter’s father, Cesar Faison, was just as unbalanced as Peter. So, he might want to study Peter. It is possible that Dr. Kevin Collins might have seen Finn and Elizabeth as they tried to dispose of Peter’s body.

After some time, he might have taken away the body for his further research. Surely, having both Ceaser Faison and Peter would help him make a good study. Celebratigthesoaps suggests that Kevin has been studying serial killer behaviors for years. He hopes that he might be able to help his twin brother Ryan Chamberlain. So, Kevin might have done this.

Kevin also knows that Peter was a terrible man, and there isn’t a single person who would miss him. He might be curious and got interested in taking advantage of this unlikely research specimen. It’s unlikely that he would tell authorities that because that would mean that he has to give up the body. What do you think? Could Kevin have done something like this? It is possible indeed. We will keep you updated with all the news about General Hospital as it surfaces. So, stay tuned.