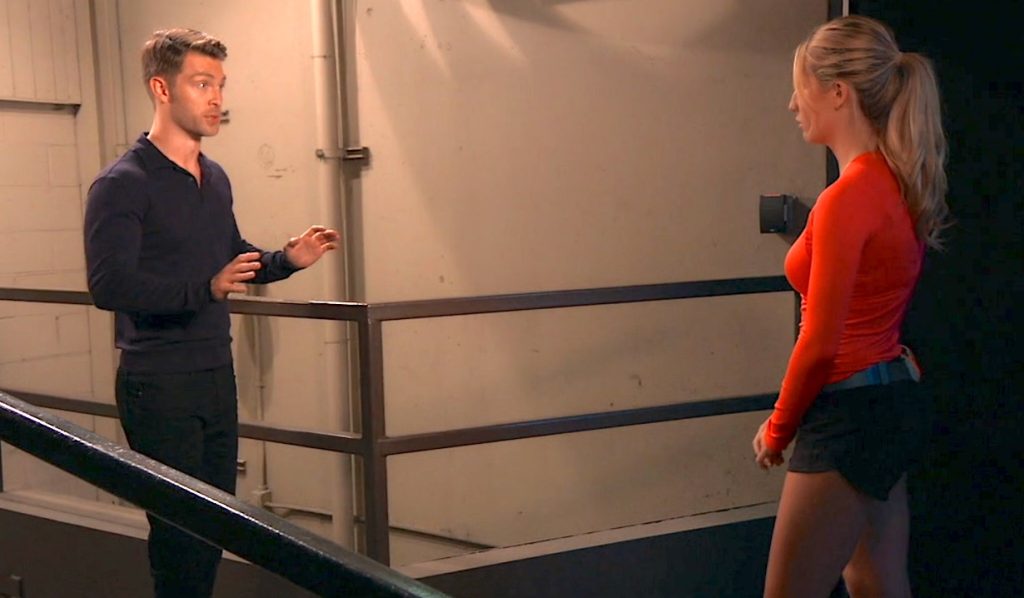 General Hospital Spoilers: Josslyn-Dex-Kristina Gets In A LOVE TRIANGLE, Things About To Get Messy

General Hospital spoilers tease that a new love triangle is going to bloom on the soap opera. With that, things might take a new turn and put Josslyn in further trouble. Cameron and Josslyn are having issues that upset her to a great extent. The viewers speculate that Dex might become the new love interest of Josslyn. Fans can expect GH writers to involve Kristina in the game to keep things more interesting. Keep reading to find out what unfolds in Josslyn’s fate.

Josslyn And Cameron Are Having Problems!

The previous episodes showed Josslyn extremely upset with Cameron hiding information from her. Cameron knew about Spencer’s plan from the start but kept it from Josslyn. With this, she felt that he might have some trust issues with her. However, in relationships, keeping secrets is the deal breaker.

Later, it was also shown that she would go and rant about her relationship with her mother. Now, viewers speculate that she might break up with Cameron and become single again. This might give her a chance to find a new love interest in the town.

Fans know that Josslyn video recorded the whole Sonny and Oz showdown. However, at that time, Dex was the only person who could convince Josslyn to delete the video. In soaps, nothing happens without a reason. It is speculated that Josslyn and Dex might start getting closer.

However, GH writers might have something else in their plan. The spoilers tease that to make situations interesting, they might include a third character in between Dex and Josslyn. That character might be Kristina. There are possibilities that this trio might bloom into a love triangle. It’s not just the writers, but the fans are also speculating the same thing. For them also, a possible love triangle will make things spicy and interesting.

All over social media, Dex and Josslyn’s meet up are tagged cute. Comments like, “They were clearly chem testing Dex with Josslyn”, “cute meet-up vibes, it happily caught my attention” and loads more are shared all over. Some are even asking to put Kristina into the scene, just like how writers are planning. Meanwhile, fans know that Dex is actually working for Michael to take down Sonny. At this pace, things will surely get messy. Watch General Hospital, which airs every Weekdays on ABC. For more information on spoilers, visit our website, TV Season & Spoilers.