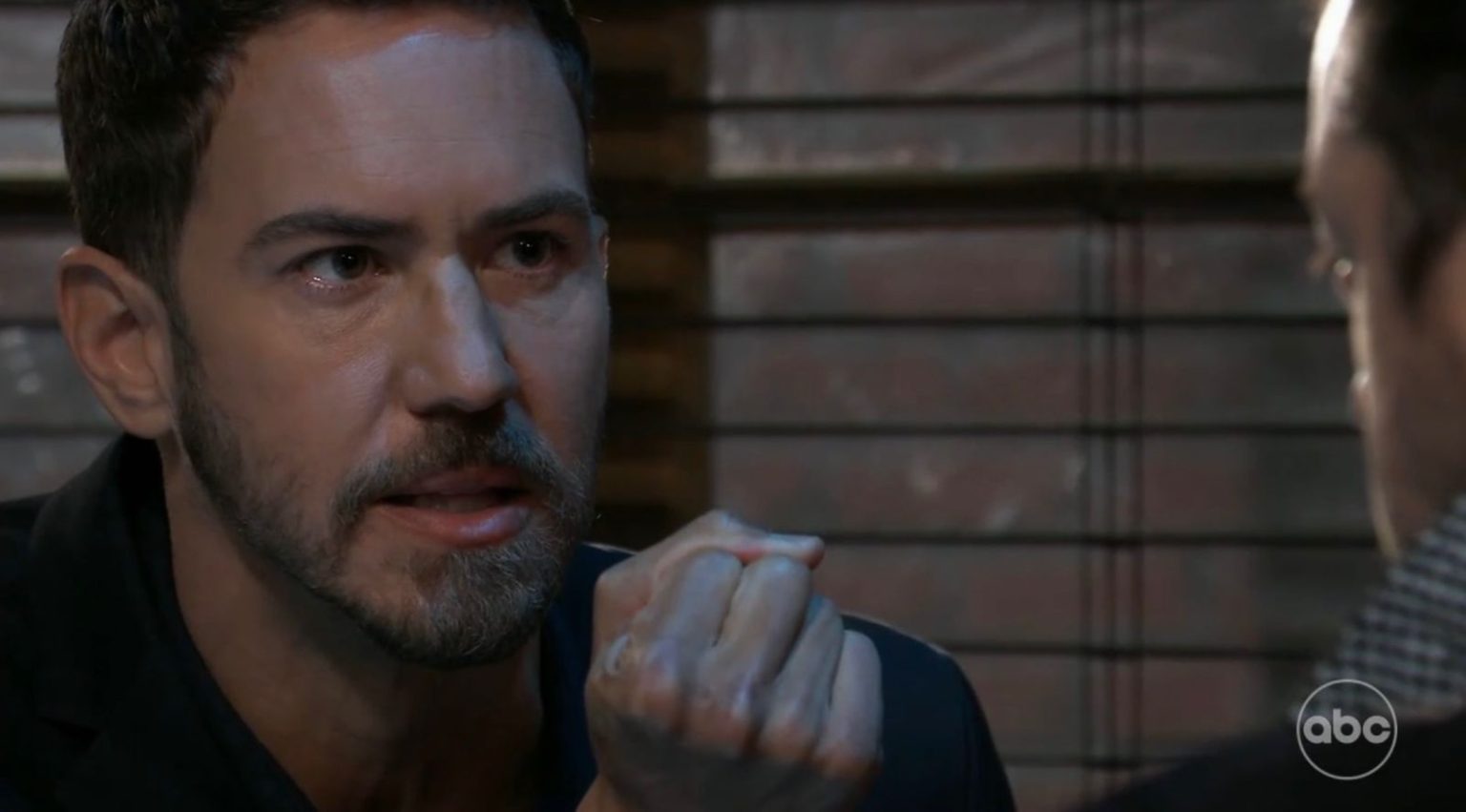 General Hospital Spoilers: Peter Kidnaps Drew, Everyone Struggles To Save Him

General Hospital spoilers suggest that Peter isn’t ready to give up just yet. Instead, he has revoked Drew’s programming. And now, when he knows that people are coming in to save Drew, Peter might kidnap him and try to use him as his personal assassin.

If Peter does kidnap Drew, everyone who is looking for him, including Sam, Dante, Anna, and Robert, will be in a race against time to save him. What will all happen? Keep reading to find out.

General Hospital viewers who have been keeping up would know that Peter has activated Drew Cain’s programming. You would recall that many years ago, Cesar Faison had programmed Drew to become an assassin. But then he remembered everything and was okay.

However, in the recent General Hospital episode, Peter revoked him, and now Drew is out to kill Anna and her partner Robert Scorpio. But thankfully, Drew failed, and Anna and Robert know that Peter is after them.

Everyone Is Trying To Find Drew

General Hospital spoilers suggest that more and more people will come to know about Peter’s agenda in the upcoming days. Sam McCall and Dante have reached Greece, and they will soon meet with Anna and Robert. They will most likely fill them in on everything. So, all of them might team up and work against Peter. Not only Sam and Dante, but General Hospital spoilers also suggest that Jason and Britt will reach Greece too.

Soap Dirt reveals that there is a possibility that all of them will reach Victor’s property. While working together will be a little difficult for Sam and Jason, but they are working for a cause. So, they will get him. Dante will arrest Victor, and Anna will rescue Valentin. However, after Victor gets arrested, he will tell Dante that Peter has taken Drew Cain, and now he can even activate him. This will freak everyone out, and they will want to save Drew.

General Hospital: Everyone Works Together To Save Drew

General Hospital spoilers suggest that once Anna, Robert, Dante, and Sam know everything about Drew and everything that he can do, they will want to find him sooner. As some speculations have it, Jason might be the first one who finds Drew. Could his life be in danger? It is likely.

Peter hates Jason and has wanted him dead for a long time. So, he might program Drew to kill Jason. But, will he be successful? That seems a little less likely. There will be a number of people to save Jason and help Drew break that programming. It looks like some true General Hospital adventure is coming up on the soap in the upcoming days. So, make sure you tune in and enjoy.