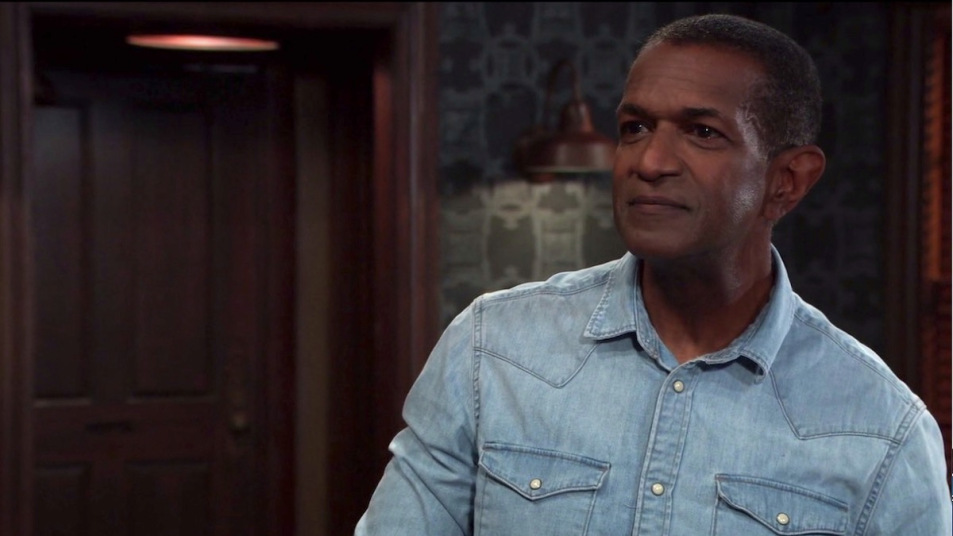 General Hospital Spoilers: Riff Hutton Opens Up About His Stint On The Soap

All the General Hospital viewers who have enjoyed watching Riff Hutton playing the character of Lenny on the soap, it’s time to say goodbye. Rif Hutton, who joined General Hospital back in January 2021, has bid goodbye to the soap opera. Lenny was recently diagnosed with a number of health conditions. Not only did he have heart issues, but he was also diagnosed with lung cancer. Owing to all of that, Lenny recently passed away. It looks like not only the viewers, the actor also enjoyed his stint thoroughly.

Riff Hutton Has Only Good Words For His Co-Stars

Recently, Riff spoke to Soap Opera Digest, where he called his run on the soap opera a wonderful one. He says that he hates saying goodbye. Riff credited his co-stars in Nixon Falls for making his experience at General Hospital so rewarding. He called Maurice Benard (Sonny) a phenomenal actor. He says that he doesn’t know if people know that or not, but Maurice is a very witty guy.

Hutton further added that Maurice is a great, funny guy. When the cameras are off, they joked and talked. Talking about Cynthia Watros (Nina), Hutton says that she is just phenomenal. He called her one of the warmest people one could ever meet. She is just so nice.

Coming to Joyce Guy (Phyllis), he says that working alongside her is pure joy. He says all these years; they didn’t meet. They never crossed paths on auditions or anywhere else. But, as it turns out, the two of them have a number of mutual friends. Hutton’s friends had only good things to say for Joyce. Hutton reveals that he and Joyce immediately started talking, and they bonded very naturally.

Hutton Talks About His Stint On General Hospital

Talking about how he bagged this character, the actor reveals that this was his second stint at General Hospital. He had done a small part about three-four years back, and the EP of General Hospital Frank Valentin remembered him. He called Hutton and said that he remembered him when this part came up, and that was really shocking for Hutton. The actor also revealed that this part was initially a month-long part, but it continued getting extended.

Talking about the exit, Hutton says that the show had given him a heads up that Lenny was being written out. He would die. Hutton says that he thought that as long as the material is good and Lenny goes out with the same wonderful blaze and fantastic scenes, he was fine with it. All roles come to an end but to have one this fabulous was really great. Hutton described his General Hospital experience as joy from start to finish.

He called it every actor’s dream. Hutton says that he is really grateful to Frank and all the fans who have been tweeting and posting on Instagram about Lenny. He calls the feeling a wonderful feeling. It looks like Lenny is out of the canvas. But, will he ever come back? We won’t rule that possibility out. Characters wake up from dead all the time. So, right now, we can just wait and hope that General Hospital brings him back. What did you most like about Riff Hutton‘s character Lenny? Tell us in the comments below.