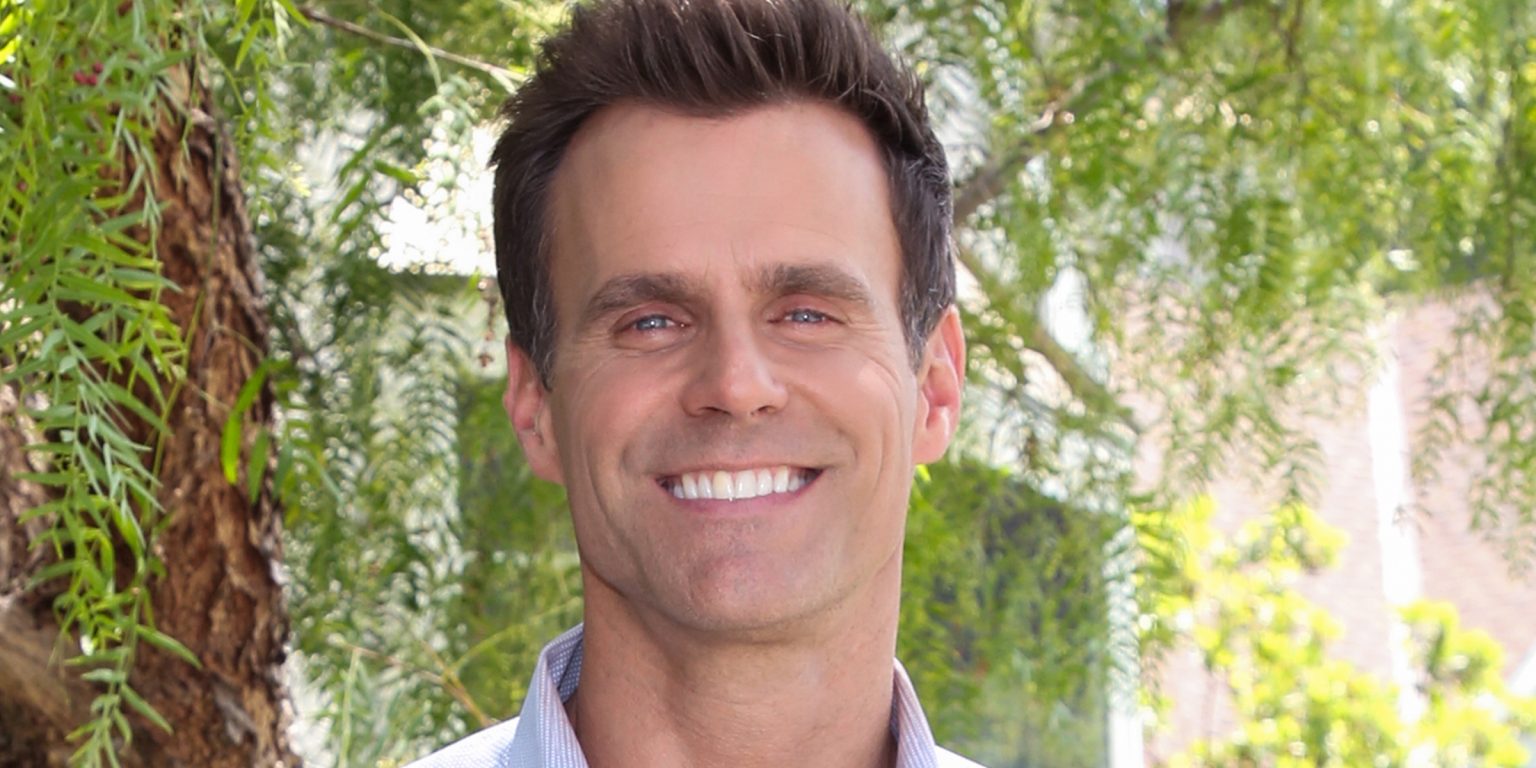 General Hospital Star Cameron Mathison is a star in the truest sense. Fans love him just as much as they love his on-screen counterpart, Drew. Recently, fans were in for a visual treat when handsome Drew showed up in Jacksonville to support Carly. Moreover, the two have kick-started a new relationship so there are a lot of romantic scenes to look forward to in the future!

Talking about romance, The General Hospital Hottie has no lack of it in real life! Cameron recently treated his fans by sharing throwback pictures from previous years’ Halloween. He can be seen dressed in various costumes, along with his wife, Vanessa! We have to admit the two together make a drop dead gorgeous couple! We promise you don’t want to miss this trip down memory lane! Happy Drewing! Whoops, we mean Happy Scrolling! *wink*

Oh! Leave it to Cameron to put the handsome in the term Deviously Handsome! Just look at how jaw-dropping he looks dressed as Count Dracula! While, The General Hospital star’s wife, Vanessa looks just as stunning dressed as a witch. Also, don’t forget to notice her baby bump! Cameron is drawing attention to it in the caption!

Never knew spooky could look this adorable until we saw this Halloween throwback picture of Cameron with his gorgeous wife and tiny tot munchkins, All dressed as monsters! But hey! these monsters we would totally invite in for a cookie!

2011 Halloween From The Caribbean!

Never could have imagined someone other that Johnny Depp pull off Captain Jack Sparrow! However, Dear ol Cameron just proved us wrong! Looks like this brilliant General Hospital actor can transform into any character you toss at him! Is there was ever a TV version of The Pirates of The Caribbean, we know who is going to be the perfect Jack Sparrow! Also, how cute does his family look! Dressed as a sea monster and princess, Cam’s children surely made us smile!

Cameron and Vanessa really gave us a chill down our spine with their Skelton-inspired couple costume for 2016 Halloween! The Fog behind them just adds so much drama to their photo!

Heads up, people! It’s a dead man walking! And a woman! We just have to give it up to Cameron to look this handsome, even with an ashen and bloodied face. Imagine how well he would perform in a zombie movie! We are totally keeping our fingers crossed for that! What about you?

Vampires Took Over Halloween in 2018

Okay! Seriously! Someone really needs to cast these two beauties in a vampire flick! They can totally give all existing Vampire couples a run for their money! Moreover, the misty background and the grave site is setting the mood just right for us to drool over this fang-faced General Hospital hottie!

Cameron Mathison’s Halloween Got Classic In 2019

Cameron looks almost unrecognizable dressed as the Adams Family patriarch. He has completely immersed himself in character. Also, did we mention Cameron and Vanessa are literal couple goals?

Looks like The General Hospital decided to add some fun and music to the otherwise sullen year 2020! Cameron and Vanessa

dressed as funky rock stars look truly meant for each other. We can’t get over their chemistry!

And drumrolls! We are back in the present! This year Cameron has chosen to bring the Marvel heroes to Port Charles. Such a delicious treat to our eyes, he looks! Dressed as Wolverine while, Vanessa matches him in a contrasting super-villain costume!

We have our favorite looks picked out! However, we want to know which look of Cameron you loved the most! have you ever dressed as any of the above characters? Please share with us in the comments! Meanwhile, stay tune to ABC over weekdays to find out what happens between Drew and Carly next on General Hospital.