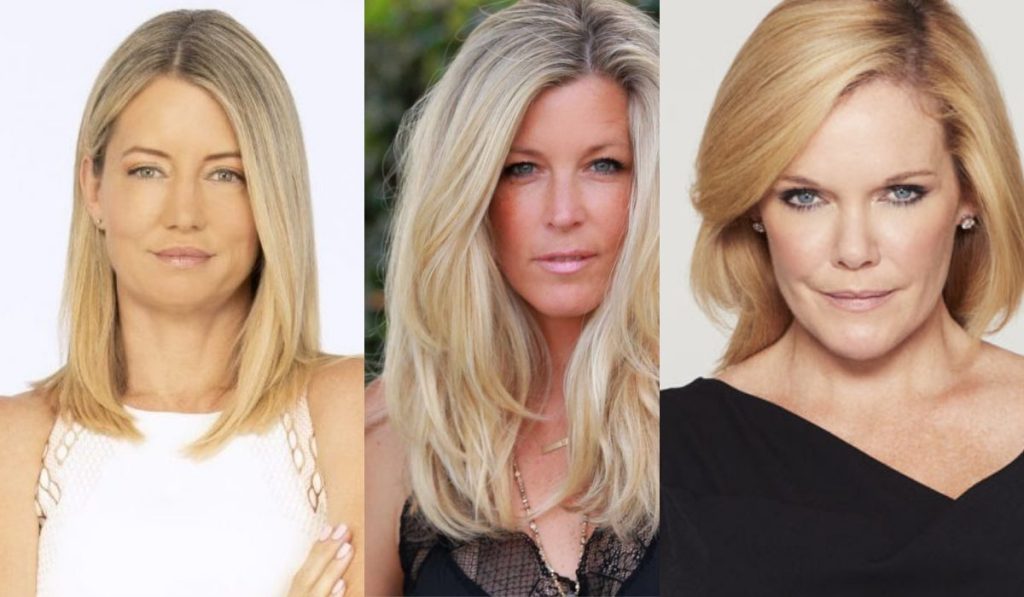 General Hospital: What happens on-screen isn’t usually what happens off-screen. Justifying this, actress Laura Wright just revealed how much she loves her on-screen enemies Ava and Nina in real life. GH viewers know that Carly isn’t a big fan of Ava and Nina on General Hospital. In fact, these ladies are sworn, enemies. But, this isn’t even close to the equation they share in real life. Taking to her Instagram, actress Laura (Carly Corinthos) shared pictures that showed how much she loves her co-stars.

(Ava Cassadine) and Cynthia Watros (Nina Reeves). These women seem to be enjoying the moment. She captioned the picture with “I love these ladies.” Then, she also put up a number of hashtags that showed how grateful she is for these girls. Check out her post here.

These pictures got plenty of likes and comments from Laura’s fans and other castmates. The picture was liked by more than 26,000 people and received many comments. And among the commenters were Eden McCoy, who plays the role of Laura’s on-screen daughter Josslyn Jacks commented that she loves the pictures and all of the ladies. Maura West, who is also in the picture, commented, “I 🖤 YOU.” Even Wes Ramsey, who is Wright’s real-life boyfriend and plays the character of Peter on the soap, left a couple of hearts in the comment section.

Considering how close these women look and what good friends they are, we can’t help but wonder, how do they even keep a straight face when shooting? GH viewers would know that Ava and Carly have been enemies for years. Some of their confrontations have even ended in big blows. Although they started being considerate of each other very recently. So, how difficult it would have been for them to shoot these scenes.

On the other hand, with Cynthia Watros, Nina has been on the receiving end of Carly’s wrath for some time now. However, their story is still building. So, there will be explosive scenes soon. How will Carly react when she comes to know about Sonny and Nina’s relationship from Nixon Falls? It will be explosive.

Given how these women are able to pull all of that off even after being such great friends in real life, it just proves what a great actress they are. How do you like these actresses and their friendships? Tell us what you think about it in the comments below.