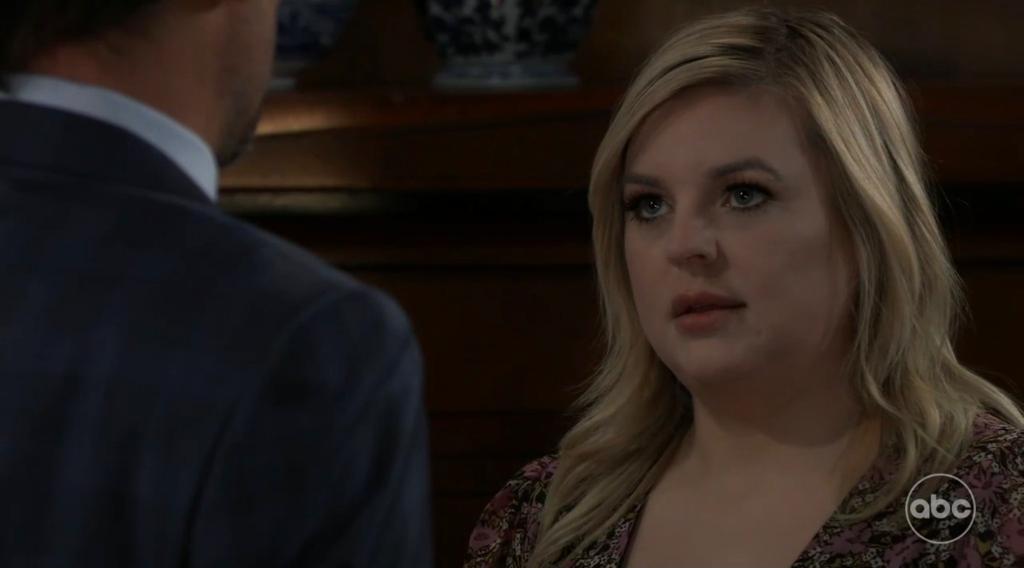 The General Hospital preview video for the week of February 7, 2022, is out, and it reveals that this week will be full of worries. First, Brook will call Maxie and inform her about everything that has gone down with “Bailey.” Then, Robert will speak to Anna and feel defeated. Dante will also make a declaration.

More General Hospital spoilers suggest that Carly will also make a discovery that will leave her heartbroken. What could that be about? Here is everything to know.

Starting off the preview video, Brook seems to be calling Maxie. While Brook and Chase had tried their best efforts to protect “Bailey,” Peter got his hands on the baby. So, Brook will most probably call Maxie to tell him about it. Later on, in the preview video, Brook breaks down, and Chase reassures her. So, all of this will be built around “Bailey” and the kidnap indeed.

Next in the preview video is Robert, who is sitting with Anna sipping coffee at General Hospital. Both of them look extremely tensed and worried. They don’t know what is happening to Mac and hence the worried look. Robert then turns to Anna and tells her, in a rather defeated tone, that he feels that the bad guys are winning.

General Hospital Preview video for the week of February 7, 2022, reveals that there will be a happy ending of sorts in the upcoming days. Given everything that Peter has done, GH fans are hoping that Peter will pay the price this time. Nobody cares if Peter is dead or locked up

, but they want Peter to pay. The preview video sees Dante making a declaration where he says that he wouldn’t let Peter getaway. Will he be able to save “Bailey”? We will have to wait to know.

Rounding off the weekly preview are Sonny and Carly. The scene features Sonny and Carly both looking distraught. General Hospital viewers know that Sonny has arranged for a huge gesture at Haunted Star for Carly. However, Carly does not shows up. After Sonny has waited for hours, Nina shows up, and feeling defeated and rejected, Sonny, will do something.

General Hospital spoilers tease that Sonny and Nina will end up in bed together. The preview video sees Sonny as he seems to be filled with regret. So, has he done the deed with Nina? Will the last straw in Sonny and Carly’s relationship fall? We will have to wait to know. General Hospital airs on ABC all weekdays. So, make sure you tune in and enjoy. In the meantime, check out the preview video here-

“There’s no way in hell Peter’s getting away this time… ” #GH pic.twitter.com/w5IqRXhmWa