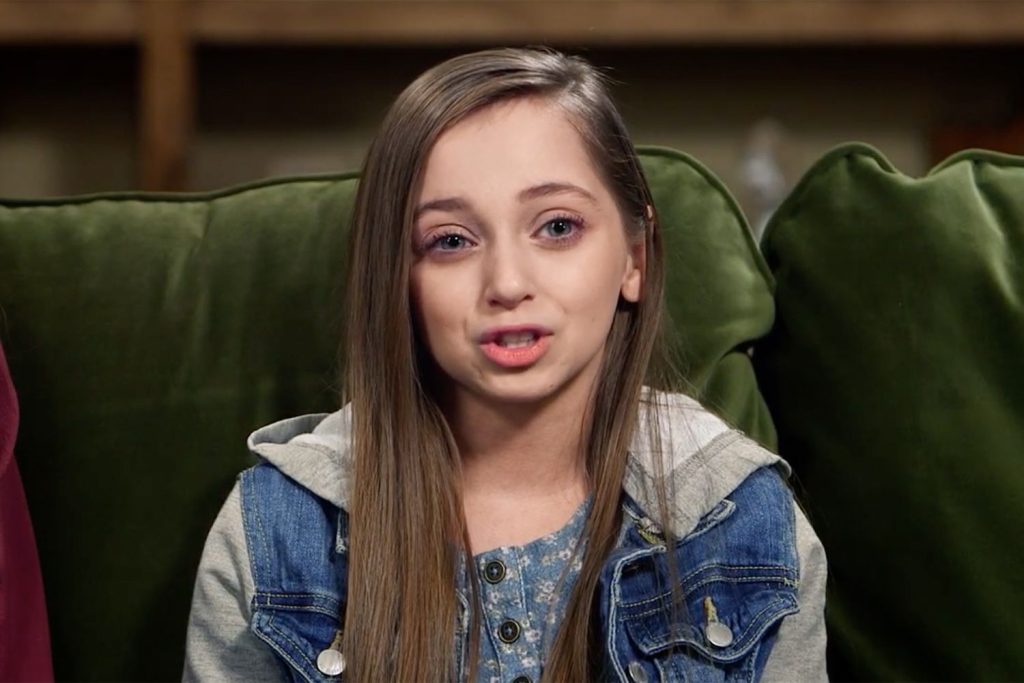 I Am Shauna Rae: Fans Slam Shauna For Juggling Two Men At A Time & Being Rude To Them Both

I Am Shauna Rae is one of the most inspirational shows on the TLC network. Apparently, its story revolves around a girl who is a survivor of a rare type of brain cancer. However, because of heavy medications, her growth has been hampered forever. Yet with the thin, lean body of 8-year-old Shauna is facing the world with utmost strength and courage. But it seems that in a recent clip of the show, the lead was being rude and seemed to be juggling two guys at a time. We have all the information you might wish to know, so keep on reading.

The I Am Shauna Rae titular star has faced a lot in her life. Still, she has decided not to let this world hamper her life and to move on from the mishaps of her past. Apparently, fans have witnessed Shauna’s not-so-friendly relationship with Thomas earlier. Many viewers remember that the 23-year-old decided to go on a date and let her family meet Thomas’ family. However, it seems that Shauna has decided that she is “Just Friends” with him and has a new guy in her life. Hence, now Rae has two guys in her life, Thomas and Dan. Perhaps in a recent clip, Shauna was featured been really rude to stars.

In the clip, Dan came to meet Shauna at her workplace. Apparently, the guy sweetly asked if the TLC star would like to dance in her next break. But Shauna wasnt sweet enough to reply to him with the same grace. She slammed him, saying that she dont dance. In addition to that, when Dan says that he has danced with the 23-year-old year earlier as well, she simply claims that there is a difference between dancing with her and dancing next to her.

Apparently, fans didn’t like the behavior of Shauna. They took to the comment section to express their views. A fan commented the I Am Shauna Rae

star is really rude and sarcastic with everyone. Apparently, her snarky behavior doesn’t hide her insecurities; instead, they amplify them. Another one stated that she was mean and insisted on taking her off the TV. Someone also added that even if she looks young, she doesn’t have to act and behave that way. Hence, it was clear that fans simply dont appreciate Shauna’s sarcastic and witty nature, accompanied by the fact that she is playing with two guys at a time!

I Am Shauna Rae: Will Shauna Travel With Dan?

The I am Shauna Rae star seemed to be interested in a new love interest, Dan, lately. Apparently, in the TLC clip, Shauna accepted that she has thought about the fact that if she had a relationship with Dan, it would be a long-distance relationship. But she further claims that she isn’t a long-distance person. Hence, either he needs to settle down, or she would have to travel with him. However, Shauna reveals to her coworker that Dan wants to take her to a wedding in the upcoming February that too across the country.

Hence, Shauna was discussing the same with her parents. Well, her father seemed to be convinced and said that Dan would definitely protect her. But it appears that the matriarch doesn’t opine the same. She needs time to build a bond and get comfortable with the new guy before any kind of traveling takes place. Later in the clip, Shauna snaps at her mother, saying that this lady won’t let her go anywhere. Unless and until she keeps her in a microscopic observation. Keep coming back to TV Season & Spoilers for all the latest I Am Shauna Rae tea.