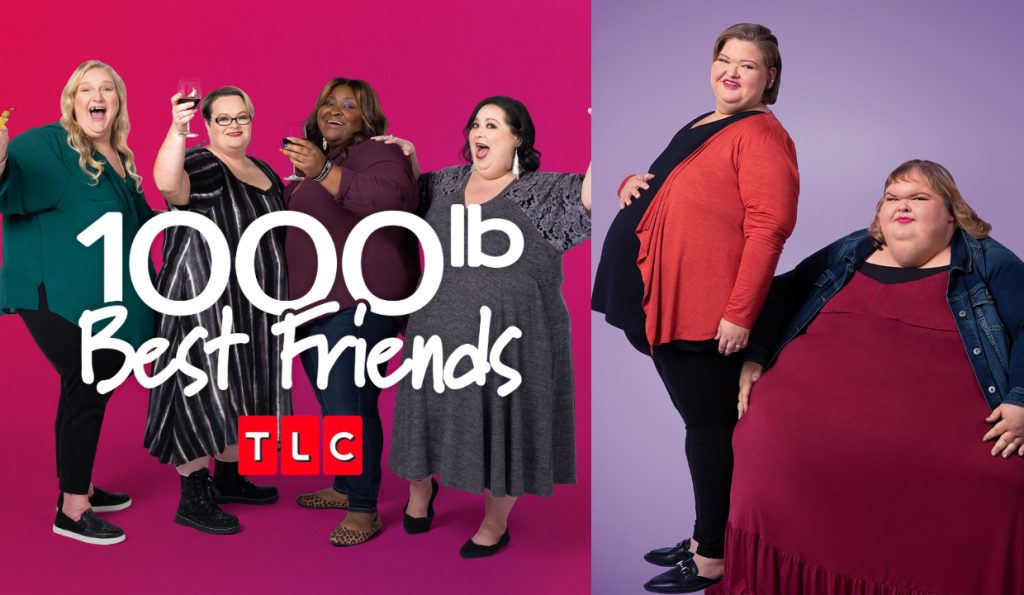 1000 Lb Sisters became a huge sensation within a small span of time. It featured the story of Tammy and Amy Slaton, two sisters who are on their way to losing weight and getting fit. After it’s a success, TLC added one more edition to the 1000 Lb franchise by the name of ‘1000 Lb Best Friends’. Both shows were immensely popular. However, there has been no update about the former. This makes the viewers believe that Tammy and Amy will be replaced by Ashley, Tina, Vanessa, and Meghan. Keep reading to get to the bottom of this.

The 1000 Lb franchise on TLC focuses on the weight loss journey of different people. Tammy and Amy are sisters, so they appeared in the series together. Whereas, Tina, Ashley, Meghan, and Vanessa are best friends. As the name suggests, all these ladies are on their own adventure to get fit. 1000 Lb Best Friends has recently begun and has had only one season. At the same time, 1000 Lb Sisters has aired three seasons so far. However, TLC has failed to shed light on whether the Slaton sisters will be back on Season 4 or not. Hence, speculation began, and fans wondered if the show got canceled.

On Amy Slaton Halterman’s new post, a viewer posted a comment. They wanted to know if the best friends franchise will replace 1000 Lb Sisters. While Amy didn’t respond, this possibility worried the fans. However, there is confirmation now that the show featuring the Slaton siblings is indeed returning for a new season. That’s because Tammy Slaton went on her social media to give everyone a health update about herself. While doing so, she also mentioned that 1000 Lb Sisters

Season 4 is currently filming. The show premiered first in January 2020. The second season arrived in January 2021, and Season 3 in November of the same year. Chances are that the new season will premiere somewhere between November-January 2023.

1000 Lb Sisters: Did Tammy Slaton Finally Get Her Bariatric Surgery?

Tammy Slaton has been one of the most stubborn and problematic stars to debut on TLC. 1000 Lb Sisters was to focus on her weight loss. However, she continued to relapse and gain more weight. At last, she got her wake-up call last year as carbon dioxide poisoning led to her going into a medically induced coma. After she got better, Tammy had to get a trachea tube. Since then, she has been in a specialized rehab to lose weight once and for all. She eventually came on her social media to provide an update about her life. Tammy became less frequent on social media

to focus on her weight loss.

The video only featured her face. But it was enough for 1000 Lb Sisters fans to speculate about her weight loss surgery. They suspected that Tammy went ahead and got a bariatric procedure done after getting approval. She also flaunted a new look and was wearing glasses on her slimmed-up face. Despite the speculations, there is no confirmation if this is the case or not. One will have to wait for the upcoming episodes to know for sure. As mentioned above, they will most likely premiere on TLC by the end of 2022. Keep checking TV Season & Spoilers

for all the brand new 1000 Lb Sisters updates.