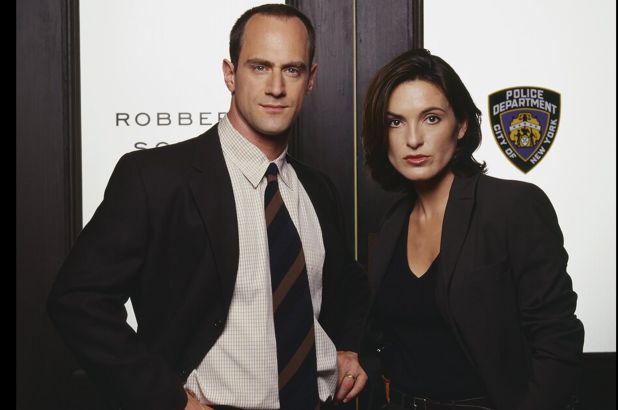 So, naturally, Benson and Stabler will be reunited in the episode. The spoilers for the episode reveals that viewers will get to see the focus shift on a case that has been up in the air for quite some time. What all would happen? Keep reading to find out-

The extended promo and synopsis for Law & Order: SVU Season 22 Episode 13 is out, and it gives some insight on what might be coming up next. The episode is titled- “Trick-Rolled at the Moulin.” And the synopsis for the episode suggests that SVU will search for three women who are suspected of drugging and then robbing a rich and wealthy man. The question is, have they? The other part of the synopsis reveals that this case will be really personal for both Benson and Kat.

It looks like we will get to see what really happened to Simon and the case that has haunted her for a very long time. With the help of Stabler, though, she might be able to tackle it. Using all of it, she might see this as an opportunity to take a step closer to justice. It won’t be easy, but it looks like this would be the perfect time for the two of them to collaborate.

Will Things Be Okay Between Stabler and Olivia?

Over the past few episodes, these two characters have been working on their relationship. While nothing can replace the fact that Stabler was away for years, at this point, we have to understand that both of them have a shared purpose, and they understand how they work. There is something really reassuring about the two of them teaming up indeed. Stabler calls her “Captain.” So, it is possible that they will have a chance to move forward, and they might be able to strengthen their relationship further. They would pool their resources to get justice.

Law and Order: SVU Season 22 Episode 13 is coming back after making all the viewers wait for almost a month. The good news is when this episode comes back, it will be a blast. This episode is set to release this May 13, 2021. The show will release on NBC. To watch the episode, the easiest way is to tune into NBC on your TV sets.

However, there are other ways to watch the episode too. If you are looking to watch this episode online, you can very easily catch it up on NBC’s official website and the app. So, wherever you watch it, make sure you don’t miss this very interesting crossover episode. In the meantime, we will keep you updated with all the news about the soap opera as it surfaces. So, you stay tuned.