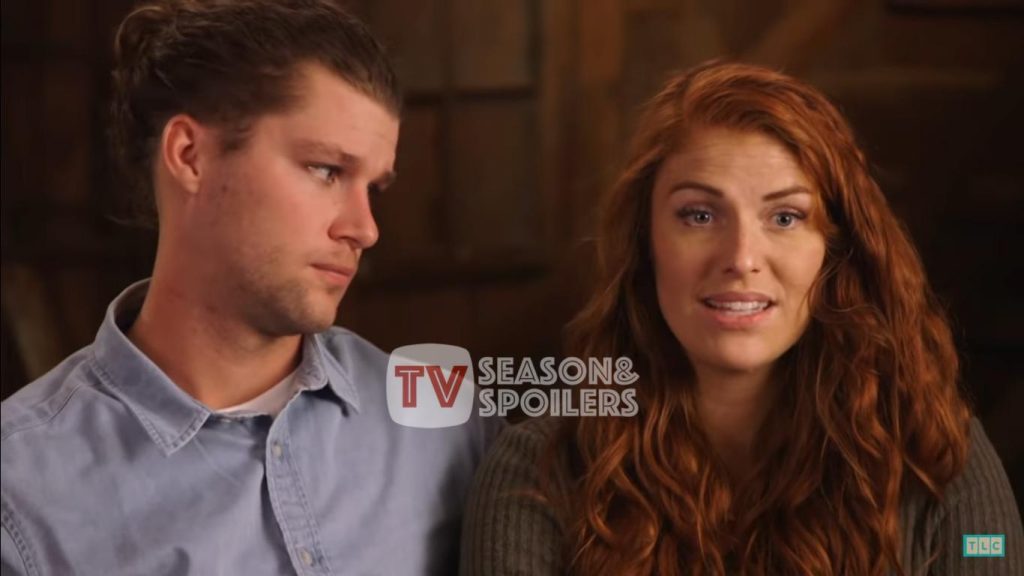 Audrey and Jeremy have a massive Instagram audience. The couple often interacts with their followers and updates them daily. There have been times when fans found the LPBW celeb’s social media post very strange. That’s because Audrey has a habit of endorsing products in her story, and she sometimes uses her kids. Therefore, people get a little baffled by it. During a latest update, the couple seemed to have encountered an alien. As of now, it seems over the top and an exaggeration. But, Audrey also shared a video in her defense. Tune in with us to know more about the Little People Big World couple’s alien encounter.

Jeremy and his wife Audrey aren’t a part of the Roloff family’s famous show anymore, as they had decided to quit it. So, TLC viewers are keen to get updates about them. The couple has often made it to the news for their erratic behavior. Audrey had indirectly called out Tori at various events and the two SILs seemed to be in a feud. Hence, the pair has been a part of the drama since the show started. Audrey and Jeremy recently shocked their followers by claiming that they had encountered an alien. Well, at first, LPBW fans were stunned at her nonsensical claims.

Auj and Jer were enjoying their evening in a hammock under the stars. It was pitch dark, and there weren’t any signs of stars in the sky. But after a while, the pair noticed a strange trail of light in the sky. The Little People Big World celeb immediately took to social media to share the details. Audrey noted that she and Jeremy had an encounter with the aliens. Moreover, she double-checked with her husband and posted the video in her next story. The video showed a strange straight ray of light twinkling in the sky. Besides, the strange flickering light didn’t seem like a meteor or a comet. The LPBW couple was amazed at the sight.

In fact, fans could hear Audrey in the background saying, “What is that? Is that a rocket?” To this, Jeremy responded, “Hold on, I don’t know.” Then, the Little People Big World star noted that it was the weirdest thing he had ever seen. The twinkling lights continued to flicker until they disappeared. So, what is it? Read along to find out if the LPBW couple encountered an alien.

Little People Big World: Was It A Real Alien Sighting?

Fans have been curious to find out whether the light represented a UFO or something related to the aliens. Though it was not believable, many of the couple’s followers were seeking an explanation. Moments later, Audrey told her followers it wasn’t an alien. She told everyone that she was sorry to let them down. Turns out, the twinkling lights were something else. Per TheSun, the couple saw a bank of Starlight satellites that Elon Musk’s company Space X launched.

The satellite has widespread internet access to the other places where the connection is down. So, as the satellite launched on Friday, it still didn’t reach its destination. Therefore, those who saw the light were just starlight and not aliens, as LPBW Audrey and Jeremy had assumed. Stay tuned to TV Season & Spoilers for the latest updates on Little People Big World.