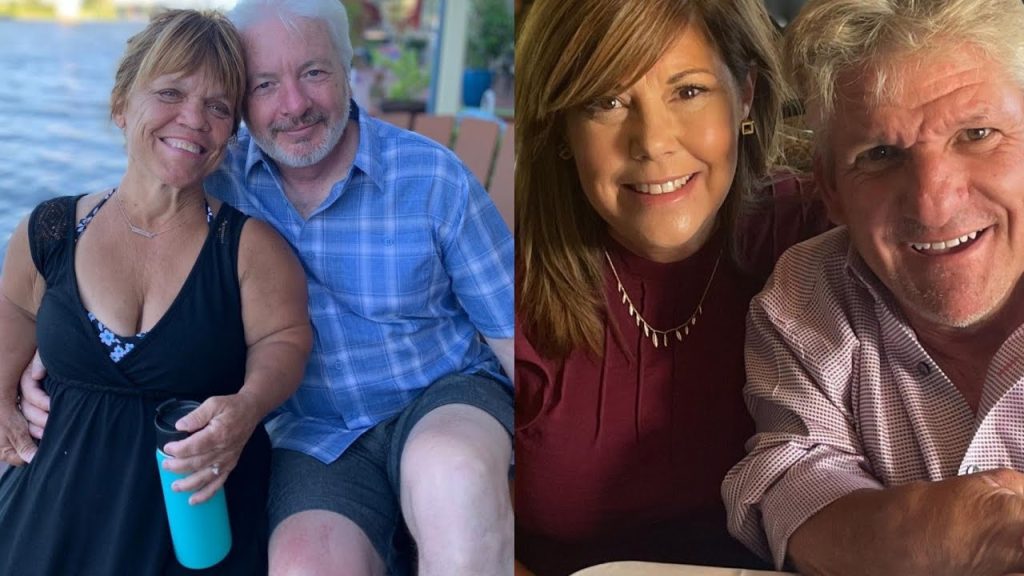 LPBW: MATT AND AMY WITH THEIR NEW PARTNERS
LPBW

The popular TLC reality show, Little People Big World, never lacks drama. The now exes Matt and Amy got their divorce finalized in 2016, making it official that they’ve parted ways. Later in 2017, Matt and Caryn made it official that they were together. A while later, Amy also moved on and got married to her boyfriend Chris last year! Though both the couples are happy in their married lives, some LPBW fans suspect that maybe their new partners are just using the rich exes for their own good. To know the truth keep on reading.

Lately, LPBW fans are believing in the theory that Caryn and Chris are not with their partners because they love them. Instead, they might have their own selfish reasons hidden! Chris and Caryn came into the limelight after the couple decided to get divorced. Though having issues in their marriage, Matt and Amy had to stay civil with each other because they shared kids together. As per ScreenRant, fans think they may have fame and wealth, which could be why their partners are using them. However, viewers somewhere down the line have a soft corner for Chris because he has shown his love for Amy

. He also seems concerned for Zach, which fans feel could be real. But with Caryn, fans have some serious issues!

Caryn earlier worked as a manager behind the scenes on the pumpkin farm. After their official announcement of togetherness in 2017, fans feel that Caryn and Matt’s affair

was the main reason for the divorce. TLC viewers also speculated that Amy also hinted at this in her book as well. Caryn has always been in controversies because she is predicted to be with Matt only for money! Apparently, she had to face the consequences for interfering in the father-son feud.

The Little People Big World fans lost their calm when they saw Caryn interfering in the family feud. They straight away took to social media and asked her not to interfere as they aren’t her kids or grandkids! Some fans even questioned her existence, saying that they dont even understand why she is even on the show. Fans speculate that maybe Caryn has just brainwashed Matt. Perhaps that is the reason why Matt has been acting weird and greedy toward his own children.

Recently, in a confessional, the elderly couple pretended as if they’d done nothing wrong. Moreover, Caryn also added to fans’ frustration by comparing the Roloff feud to her own family issues. The Little People Big World star exclaimed that she also had issues in her family, but they never got this worst. And she doesn’t understand why Tori and Zach are hyping the matter so much. This increased the level of anger in the fans’ minds. Hence, people are waiting for November 1 to come as TLC will premiere Season 24. Keep coming back to TV Season & Spoilers

for all the latest LPBW updates. Stay Tuned.