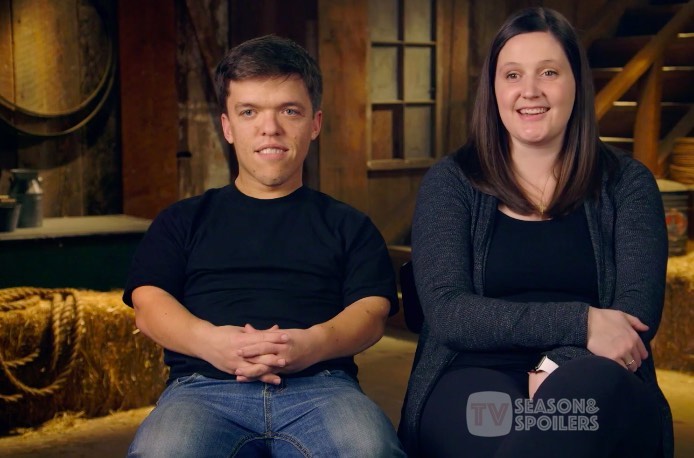 Little People Big World family suffered from a huge loss recently. Back in March this year, Tori announced that she had a miscarriage as she and her husband, Zach Roloff, were expecting their third child. Ever since, the family has done everything to support, and Tori finally seems to be recovering. In fact, she is currently on a trip with her family, including Zach and her kids, alongside father-in-law Matt Roloff and his girlfriend, Caryn Chandler. However, it seems like another baby might be on the way for the fan-favorite couple. Here’s all you need to know.

Little People Big World: Tori Roloff On A Trip With Family, Is She Pregnant Again?

Tori Roloff has been spending time with her family after a traumatic month. Back in March, Tori announced that she and Zachery were expecting baby #3 soon, but sadly, they had a miscarriage. The Little People Big World star dedicated a heartwarming social media post to the lost soul. However, her family has been supporting her ever since and has done everything to make her feel better. She looked really happy on her, Zach and Jackson’s birthdays this month. Moreover, she even expressed how proud of her kids on the recent Mother’s Day. The family has been hanging out a lot and supporting each other.

Well, Tori, Zach, their kids, grandpa Matt and his girlfriend Caryn are currently on a happening trip. Matt and Caryn had already revealed that they were on vacation in Arizona alongside Caryn’s family. Later on, Tori also uploaded some pictures with her little ones as they enjoy their day at the pool in Surprise, Arizona. Mom, dad, and the children seemed to have a fun time on their vacation.

Later on, they spent time with Zach’s dad and Caryn as well. They all went for a hike together in White Tank Mountain Regional Park. However, Tori uploaded a picture on her story, which caught a lot of eyes. The picture had her family members in it. While there were only six people in the picture, she wrote “Count: 7,” which fans think might be a hint for an upcoming baby.

Ever since fans heard about Tori’s miscarriage, they’ve showered her and the family with love. However, they often get confused upon looking at some of her social media posts. Previously, when the Little People Big World celebrity uploaded a picture with her friend who was pregnant, there was much confusion. People assumed that Tori and Zach could be going for surrogacy after her miscarriage. However, the mom-of-two had to clear their doubts and reveal that the picture was only of one of her friends and didn’t mean anything. Similarly, Tori’s recent story was also misinterpreted by fans.

When Tori wrote “Count: 7” for a picture of six people, fans assumed that she might be hinting that she is pregnant. However, in a previous story, the TLC star uploaded a color-saturated picture of a scorpion that she saw on her trek. Later on, she also added a scorpion graphic in her story. Hence, people thought that Tori was including the scorpion when she counted one extra person in the group selfie. As of now, she hasn’t addressed fans’ confusion. Although she might, if the number of questions increases. We will update this section once that happens. Until then, check out TV Season Spoilers for more updates and news on the reality TV world.