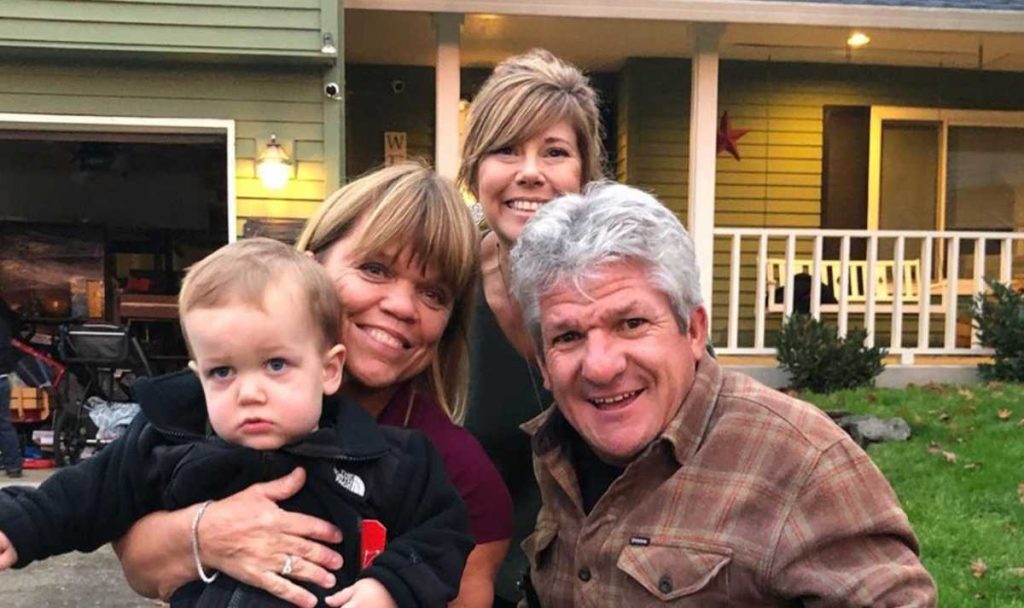 Little People Big World stars Amy, and Matt Roloff parted their ways after 30 years of their marriage. The separation was hard, but they did it, anyway. Since then, the two have stayed apart. However, they came together recently for the Christmas celebrations. After Jacob Roloff shared a shocking revelation recently, it only makes sense that the family stands together amid crisis.

Matt Roloff shared a picture on his Instagram that had him with his girlfriend, Caryn Chandler. Surprisingly, the snap also featured Amy and Chris, who was dressed as Santa. In the caption, Matt wrote that it’s a good day when your ex-wife’s fiance takes over your duties. He was hinting at Chris dressed up as Santa for the occasion. He ended with the hashtags – #thankschris @carynchandler1 #chachamyrock #thisiaforthegrandkids #rolofffamilypullstogether #christmasisstillcomingnomatterwhat.

Matt And Amy Forget Tension Between Them Amid Family Crisis

The fans would wonder as to why this update is so important and relevant. Well, we know that Amy and Matt had visible tension between them in the last season. While Amy had a tough time saying goodbye to her home of 30 years, Matt wanted her to hurry up. He said that Amy is just stretching it unnecessarily. He also commented that it’s hard for her to let go of things. However, on another note, there is a more grave problem that possibly needed the family’s immediate attention and support.

The fans must recall that recently Jacob came out accusing the showrunner of molesting him. The reality show alum got candid about his ordeal in a lengthy social media post. Jacob wrote that it was hard for him to process the incident, and so it took him this long a time to talk about it. However, in this interval, he found his strength to come forth and raise his point. Not to mention, this shocking revelation had hit a chord with many silent sexual abuse survivors.

So clearly, Amy and Matt had to keep their conflicts aside for standing stronger with their son. Both of them are proud of their son for speaking about his experience. Despite this, the latest update by Matt has all the reasons to surprise his fans. After all, he didn’t invite his ex-wife to the Christmas party during season 18. At that time, he explained that Amy brings tensions in the room. However, Amy had no hard feelings about the matter. She was happy to spend her time with Chris as they prepare themselves for a future together.