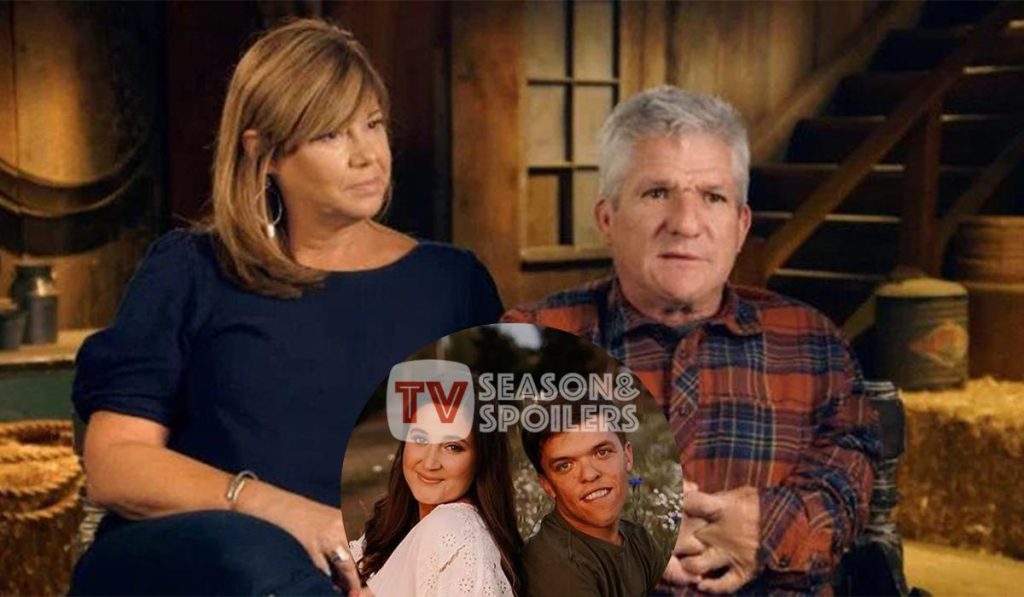 The Little People Big World has been amongst severe drama these days. The fans are aware of the infamous feud which caused a rift in the Roloff family. The farm issues led Zach and Tori to leave the family property and restart their lives in a new house in Washington. Apparently, the couple avoids speaking to Matt or his girlfriend, Caryn but recently, the family united for the ceremony of the sad demise of Matt’s father. According to the sources, Caryn outcasted Zach and Tori at the family reunion. We have all the insight you wish to know, so keep reading.

The Little People Big World family reunited to pay the last respect to Matt’s Father, Ronald Roloff. He passed away at the age of 84 and was a dear member of the family. All the Roloff kids came together with their families for the sad demise. Matt later shared pictures from the event in which Caryn was featured talking to Jeremy and his kids. The family patriarch captioned the picture, saying that his father would have been really happy to watch all the cousins playing and celebrating. Parallelly, Zach and Tori, with their kids, also came to attend the family event.

But as per a source of TheSun, Caryn didn’t pay heed to the star kid couple. Though the place and the occasion weren’t one where they could have discussed the feud yet, it seems they are at rough ends with each other. It has been months since Caryn didn’t talk to Zach and Tori, and neither the couple initiated the conversation. According to the source, the LPBW

couple only shared salutations with the lady. Seems that things haven’t really changed, and the wounds are still fresh.

Little People Big World: Roloff Kids Consider Caryn As The Root Cause Of The Feud

The Little People Big World star kids slam Caryn for influencing Matt to sell out the family property. Apparently, Matt first decided to sell a part of the Roloff Farms for $4 million. However, recently the patriarch took off his property from the market and is working on his plan B, which is renting up the farms. Since this controversy, the couple decided to distance themselves from the property and didn’t let even Caryn meet their youngest son Josiah. Moreover, Zach prefers not to even think about this topic because it is disheartening to see how they have ended up here.

Caryn has decided not to get involved in the feud

any further as she has already been slammed by the audience for interfering. She also made it clear that she won’t be filming future seasons of the show. Though, as per TheSun, Matt wants another season, but Caryn is done with the show. However, the show is on Season 23, yet it has not been renewed for its 25th season. Hence there is a possibility that the reality show is towards its end now. Keep coming back to TV Season & Spoilers for all the latest Little People Big World updates.