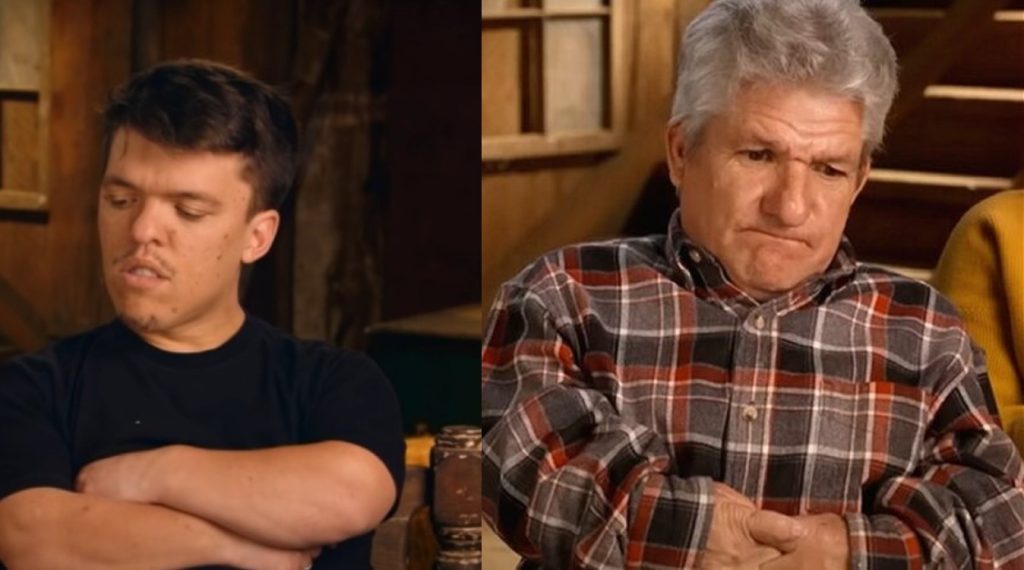 The Little People Big World stars Matt and Zach have been under serious tension lately. It has been years now that the father-son duo isn’t on good terms with each other. The feud started on the inheritance of the farm. Apparently, Zach feels he is capable enough to inherit the farm, but Matt doesn’t think so! Things got tensed up to the extent that Zach, along with his wife Tori and children, decided to leave the town and start a new life. Recently, the father-son duo opened up about their strained relationship’s current status. To know more, keep on reading.

The Little People Big World fans know that Zach and Matt have been on rough ends lately. The relationship status of both was unknown to the audience since Zach decided to leave the Roloff farms and live on his own. Recently, in an interview with ET, the father-son duo opened up about their relationship. Matt reveals that, according to him, his relationship with his son is on the right path! He also accepts that he had setbacks with his son, but they are definitely working on it. In fact, their lives are a bit ahead when the seasons are released!

Matt even reveals that he talks to his son every day, and they have also been working on his father’s memorial as well. Grandpa Ron passed away recently at the age of 84. He also reveals that the entire family will be part of the memorial. The 61-year-old also revealed his plans regarding the future of the show. As the latest season is about to air, the patriarch reveals that they eventually take the episodes step by step. After every season, the family reevaluates themselves and figures out if they have something positive to offer or not. The Little People Big World

star also told the camera that there had been times when he thought that it was too hard for them to continue, but then their fans never gave up on the show and told them how touched they were by them!

Little People Big World: Zach Seems Not So Positive For His Future With The Roloffs!

While the LPBW patriarch is really confident that things are on the right path! It seems that Zach and Matt are definitely not on the same page, or maybe the wounds are too deep to heal this quickly. In the interview, Zach accepted that things were unfortunate. Still, he also feels that other siblings also had enough of the drama, perhaps leading to their separation. He feels that this was the time the family should have been together with lots of cousins and grandchildren and would have enjoyed the season together! But it is what it is, and it’s really unfortunate!

Though Amy has parted ways with Matt, she is still concerned about her ex-husband and son’s relationship. She also accepts that this issue is not something of Hollywood that episodes would drive! She knows that the father-son duo can never be the same again, but she still hopes that they will find some way with time so that they can at least coexist and can have a relationship! Keep coming back to TV Season & Spoilers