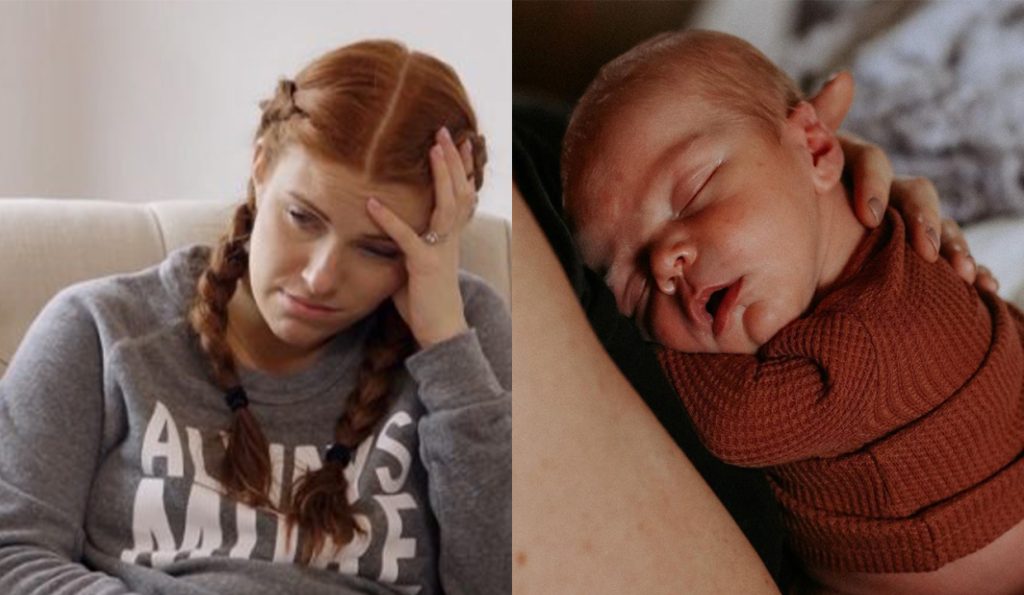 The Little People Big World star couple Audrey and Jeremy have never failed to make headlines. Fans remember Jeremy as a teenage boy since he was on the show. The star kid’s life, from a teenage boy to growing up and falling in love, was featured in the reality show. However, when he tied his nuptial knot and had his first kid, the couple preferred more privacy. Though Jeremy and Audrey aren’t a part of the show anymore, they still have a huge fan base because of their consistent connection via social media. Recently, Audrey shared a picture of her one-year-old in which he looked identical to his grandmother Amy. Fans have been calling them twins now. To know more, keep on reading.

The Little People Big World star Audrey Roloff has always been a social bee. The star loves to share her daily chores and snaps of kids with the fans. However, the couple has been slammed several times and was even questioned on their parenting skills. Fans remember when the same one-year-old was lying upside down on the flight floor, and the mother of three preferred taking a snap and sharing it on Instagram rather than picking up her child. However, recently she again shared a cute picture of Radley, who looked exactly like his grandmother Amy, as per TheSun.

In the picture, Radley rides on his toy cow and smiles at the camera. The one-year-old wore a red and grey striped onesie with cute little brown deer footwear. The wholesome picture showed the baby boy riding the cow toy while holding its horns. The mother of three captioned the picture as “Rodeo Rad: a series.” Fans loved the picture and thought the toddler had her grandmom’s face. A fan also commented that Audrey might be salty

as all her kids have a resemblance to their paternal side.

It seems that the Little People Big World star Audrey is used to getting criticism now. She knows that whatever she posts, she will receive backlash anyhow. However, amidst getting slammed several times, the star still posts her daily happenings, and the cycle continues like that. Recently, Auj shared a picture in which the entire family was sitting in the car. Apparently, Jeremy and Audrey didn’t check the gas before leaving, and they ran out of gas. It was dinner time, and she had to get her kids ready for bed asap.

However, the children’s book by Dave Hollis acted as a life savior for the star couple as it kept the children entertained. Fans couldn’t believe how the couple missed the most crucial thing, which one must check before going out. Viewers took the matter to Reddit and asked the star how can she forget to check the gas. Another one stated facts that cars usually show how much gas is there and how many miles they can sustain. Perhaps there is no way or no excuse to justify the act. Keep coming back to TV Season & Spoilers