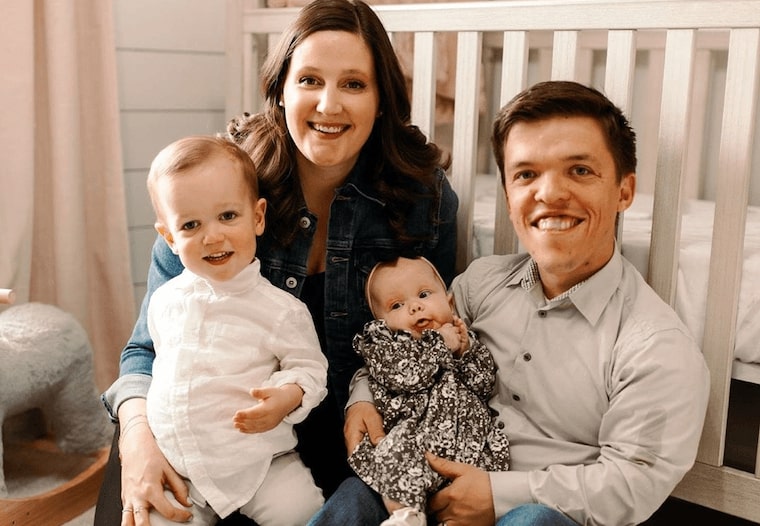 The last few weeks were tough for Tori Roloff and her family. The Little People Big World wife and mom recently lost a child due to miscarriage. It seems like the family is healing after the tragic incident and a lot of credit goes to Zach and other members of the Roloff family. In fact, the couple has started filming for Season 22 already. Tori recently praised her husband, and the father of her children in an Instagram post, and fans had a lot of “awws” to give. Keep reading to know about it.

Any viewer of the popular TLC show knows that Zach is a perfect husband and father. Tori never fails to praise him both on the show and her social media. She recently posted a picture of her hubby holding their daughter Lilah. Moreover, in the post’s caption, she praised her husband and “Dada” for their children. Tvshowsace points out that Tori continued to say, “You’re the best, forget the rest.” Both Zach and Lilah look super happy in the picture, which melted the hearts of their fans and loved ones.

The last few weeks were quite difficult for the Roloff family. Tori went through a miscarriage and was going through mental trauma because of it. Since then, the couple has received an ample amount of love from fans, friends, and family members. They’ve all supported the Little World Big World stars during their difficult times and are happy to watch them heal. A lot of people showered Zach and Tori with praises on her recent post. The list includes Little People Big World Matt Roloff’s girlfriend Caryn Chandler as well. In another one of her Instagram posts, Tori appreciated her little boy Jackson with a beautiful caption and some pictures of him.

Tori and Zach finally look happy as they start filming for the upcoming season of Little People Big World. They were recently spotted on the set alongside their children Jackson and Lilah. In fact, Tori reshared the pictures of the shoot in Cobalt Studios in Portland, Oregon, on her Instagram stories. The TLC wife and mom looked stunning in her outfit, and so did her children. As per the looks, it seems like the family had a great time filming for the show.

On the other hand, a while ago, Zach and Tori joined Little People Big World dad Matt and his girlfriend Caryn for her birthday. They celebrated the event alongside other members of the Roloff family. Tori looked much better during the birthday celebration, and fans were happy to see her heal. We hope that everything goes well for the couple and their family in the future. Stay connected for more updates on your favorite TLC shows.