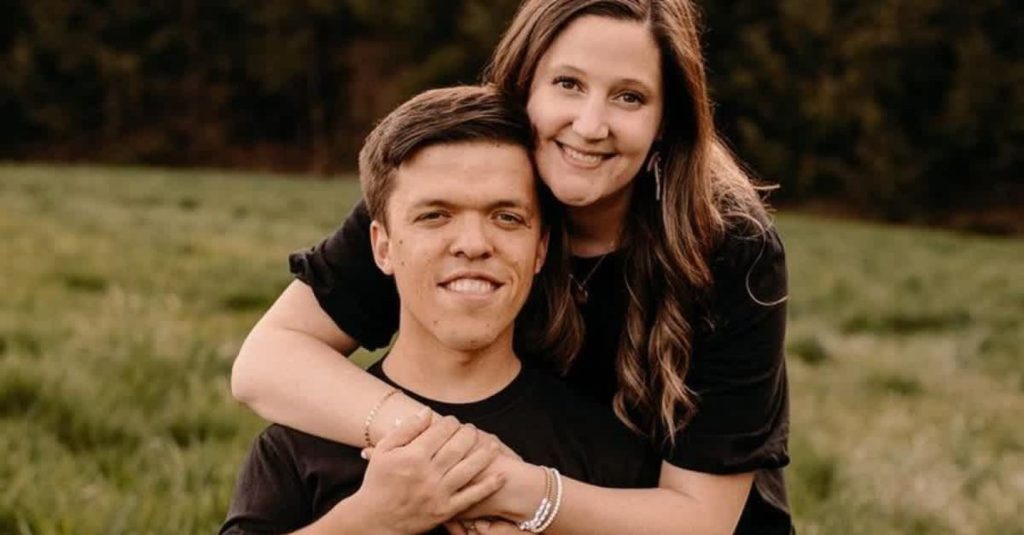 The Little People Big World stars Zach and Tori, and their cute kids have become the absolute favorites of the TLC audience. The couple decided to get married in 2015. In 2017 the couple welcomed their first child, whom they named Jackson. After Jackson, the couple was blessed with a cute little daughter Lilah in 2019. Following that, the family recently had their youngest member, Josiah. While Tori was pregnant for the third time, Zach got a chance to feel pregnant women’s pain. To know about Zach’s experience and what led him to feel this, keep on reading.

Little People Big World: Zach Thought He’ll Break His Back In The Process!

The Little People Big World star mom Tori Roloff has given birth to three-star kids of the Roloff family. No doubt pregnancy isn’t a cakewalk at all. So to make Zach understand how difficult it is to carry a child for nine months and then give birth, Tori conspired with his trainer, and they invented the ‘Empathy Workout.’ This came from an exclusive clip from PopCulture. The clip featured the time when Tori was carrying Josiah in her womb. The couple’s personal trainer David revealed that Zach will have a different kind of workout today!

David tied a full-grown watermelon to Zach’s stomach. Well, Tori was the happiest as her husband was about to get a glimpse of what she had to undergo while pregnancy workouts. Zach became nervous and exclaimed that he would surely break his back in the process. Tori, while laughing, said she knew it, and that exactly was the point of all this. Eventually, with a few simple exercises, Zach understood how painful it was. Still, Tori says that her husband can never understand what a woman has to undergo for nine complete months!

In a separate scene, the couple jokes that if Zach had to give birth, the couple would have only one child! Zach interrupted and said, “No kids, there would be no kids”. Zach tries to cover by referring to the specialness of what women can do, but Tori disagrees and states it was a curse to women, according to the Bible!

A few hours ago, the Little People Big World star Tori Roloff took to Instagram and posted a video of Jackson on her story. Jackson, now five years old, got his first token of appreciation from his school. Apparently, his school follows a trend of rewarding children who have been on their best behavior, and Jackon has been working on it for a year now. Finally, the kid got what he wanted.

Jackson went with her mom for a treat after his siblings slept. Tori also added to the caption that she dont know what she has done to deserve this. Before this story, the star also shared a cute snap of baby Josiah while he was bathing. She captioned it, saying that how is he actually hers. The two brothers’ cuteness ruled Instagram today! Keep coming back to TV Season & Spoilers for all the latest Little People Big World Updates.