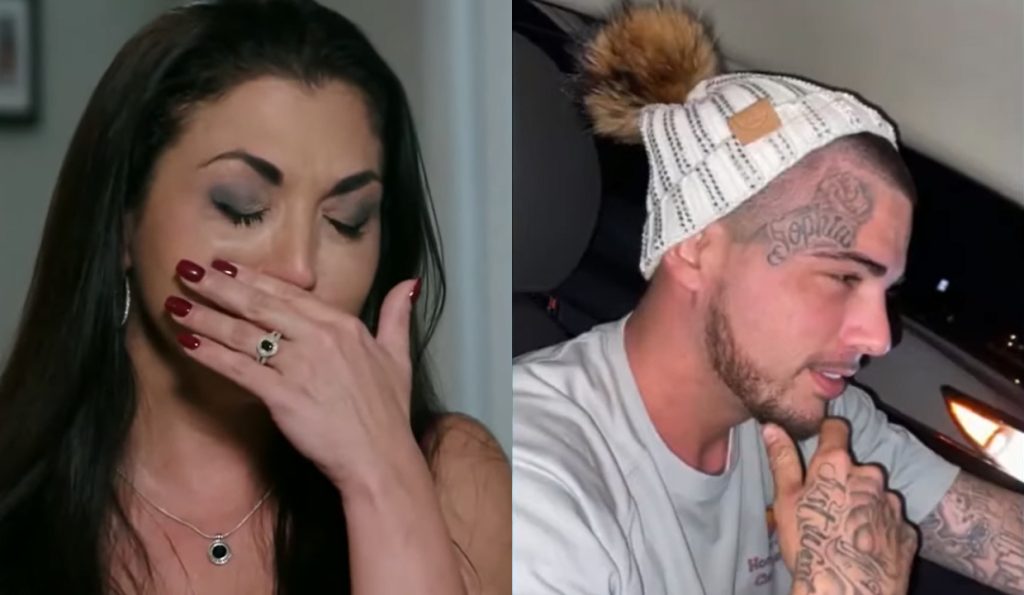 Jessica and Dustin have become the newest couple to showcase their love story on Love During Lockup. It is quite an interesting storyline. That’s because the former was working as a nurse in the Department of Justice when she first met the inmate. As things got serious between them, the officials fired the woman for being in a romantic relationship with Dustin. But Jessica’s commitment was unwavering. She left her life behind in Florida to consider moving to Tennessee to be with her man after his release. However, things are definitely not in the couple’s favor. That’s because a promo from the upcoming episodes revealed that they’d have to wait a little bit more to be together! Keep reading to know more details.

Jessica and Dustin have brought forward their unique love story through Love During Lockup. As mentioned above, the former had to sacrifice a lot to be with her man. She also had to travel all the way from Florida to Tennessee to meet her prison boyfriend and his family. Things haven’t been going in their favor. That’s because she couldn’t meet him for the first time in prison. That’s because the officials terminated their meeting. Although they didn’t reveal the reason, Jessica felt it was because of her history of working as a nurse in the Department of Justice and getting fired. She also slammed the “system” for not getting to meet her lover. Well, another shocking thing has happened.

As per WeTV’s new promo, Jessica received bad news yet again. It turns out that Dustin’s sister Desiree called her up to reveal something shocking. The recurring castmate stated that her brother’s prison sentence had been increased. Hence, the Love During Lockup star will have to wait “for a while” to start planning her life with her boyfriend. She couldn’t help but cry heavily at this update. Jessica continued that she “can’t do” anything more and “can’t help” her man this time around. While there has been no confirmation about why there will be a delay in the felon’s release, there are speculations. Apparently, Dustin has had a history of drug abuse. So, viewers believe that the prison must have caught the man doing the same in prison. But this is just a theory, and hopefully, there will be more details about this in the upcoming episodes.

Love During Lockup: Jessica Tattoos Dustin’s Name On Herself After Just 5 Months Of Dating!

Since the beginning of Jessica and Dustin’s storyline, the viewers have been observing a lot of red flags in the latter. Be it his drug history or his unwillingness to be in a serious relationship with women. Fans aren’t that fond of Dustin. They remain certain that he will hurt Jessica in the future. However, she doesn’t seem to be concerned about it and has been calling it a “risk”. She even left her 12-year-old daughter behind in Florida with her father, i.e., her ex. The Love During Lockup star is all in for starting a fresh life in Tenessee and being in Dustin’s native state. Things hit the roof when fans found out the couple had only been dating for five months. They thought that Jessica shouldn’t commit so much after only a few months of dating.

However, Dustin’s family was also in for a surprise. That’s because Jessica ended up showing a tattoo she got for herself. In fact, she did so to honor her prison boyfriend, Dustin. She had inked the words “Phillips” on her abdomen. It is her partner’s last name. The family members were quite shocked after such a reveal. They tried telling the woman multiple times that Dustin has a tendency to relapse after coming out of prison. Hence, Jessica should be prepared for the worse. But she is willing to put up with all of it. However, the delay in his release might make her reconsider everything. Fans will have to wait and watch the upcoming episodes to know for sure. Until then, TV Season & Spoilers

is here for you with all the latest Love During Lockup updates.