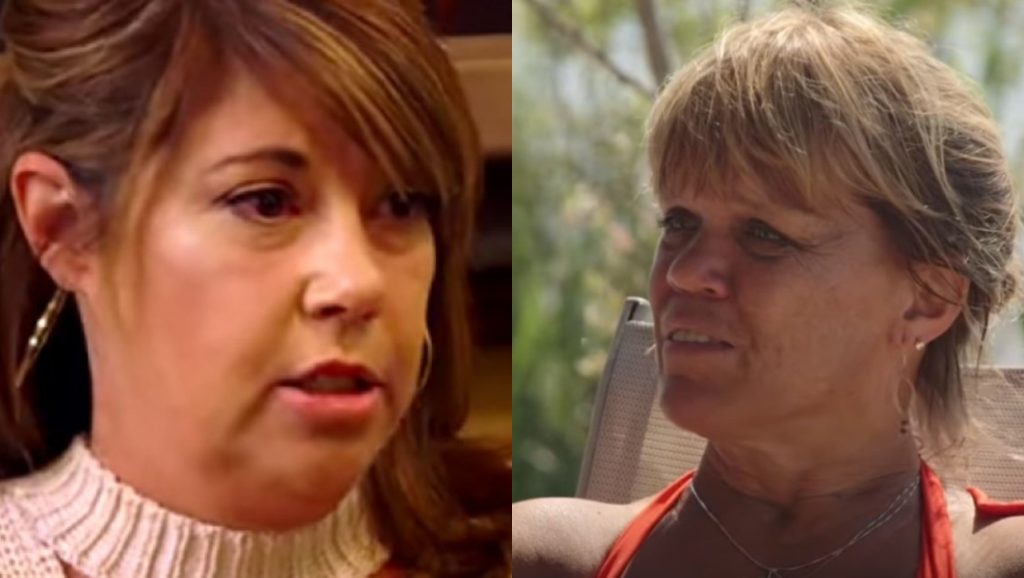 LPBW: Amy Refuses To Work Under Matt’s GF, Caryn! Says No One Ain’t Her Boss

Amy Roloff has been going through a whirlwind of emotions in the latest Little People Big World episodes. It was all because of Roloff Farms being on sale. She, too, wanted her kids Jeremy and Zach to carry on their father Matt Roloff’s legacy and live there. But it just wasn’t in their stars, and the entire family has been feuding now. Despite this, Amy made the decision to participate during the pumpkin season. However, the LPBW matriarch’s husband, Chris, pointed out that this meant she would have to work under his ex-husband’s girlfriend, Caryn Chandler. So, Amy ended up giving a savage reply to this. Keep reading to know more details about this exchange!

LPBW: Amy Roloff Gets Angry After Realising Caryn Would Be Her Boss! States “No One” Ain’t Her Boss

Amy Roloff has been a significant part of participating during the pumpkin season. Despite her divorce from her husband, Matt Roloff, the LPBW star had no issues doing her job on the farm. However, things have changed drastically in the new season. As per a promo by ET, Amy Roloff wasn’t feeling “100 percent” joyful at the idea of becoming part of the latest pumpkin season. It was after Matt and Zach got into a feud regarding Roloff Farm’s future. The latter didn’t land the deal to buy a part of the farm, and Matt put it on the market for sale. Amy Roloff has been affected deeply because of this.

To make matters light, her husband, Chris, joked around with her. He stated that Matt’s girlfriend, Caryn, was going to be his boss as he was also working at the farm during the pumpkin season. He playfully asked Amy if Matt’s girlfriend would be her boss too. That’s when the LPBW star savagely stated that “no one ain’t my boss on the Roloff farm”. In fact, Amy, when that day comes, would “chuck herself out” of working on the farm. Hence, the husband-wife duo had a hearty laugh over this matter. Marek again mentioned that he knew who was the “boss” of their household. His wife laughed again after realizing her man was implying that it was her, not him.

LPBW: Amy Reveals The Kids Don’t Consider The Roloff Farms Their Own Anymore!

While Amy and Chris tried to joke around, things turned intense again. In her confessional, the former mentioned that she has personal “thoughts and emotions” behind the farm and what went down. She was referring to Zach and Jeremy’s feud with their father, as they didn’t get to buy a part of the family property. Despite the negativity, Chris Marek was hopeful that the kids should visit and also bring the grandkids during the pumpkin season. The viewers appreciated him for thinking the very best for everyone and wanting the feud to be over. However, Amy ended up saying some realistic but harsh things.

The matriarch stated that the farm would always be “Roloff Farms”. That’s because Roloffs grew up there. Despite this, Amy believes that her kids don’t consider the farm of their own after the brawl. They believe that it just belongs to their father, Matt Roloff. While she called the situation sad, she was also hopeful that with time “things will change” depending on what happens to the farm. The LPBW viewers could sense that the entire situation had been stressing Amy out, and they wished her well. They remain curious to see whether the Roloff kid will turn up during the celebration in the upcoming episodes. Do you think the Roloffs will reconcile in the future? Tell us in the comments below. Until then, stay tuned to TV Season & Spoilers