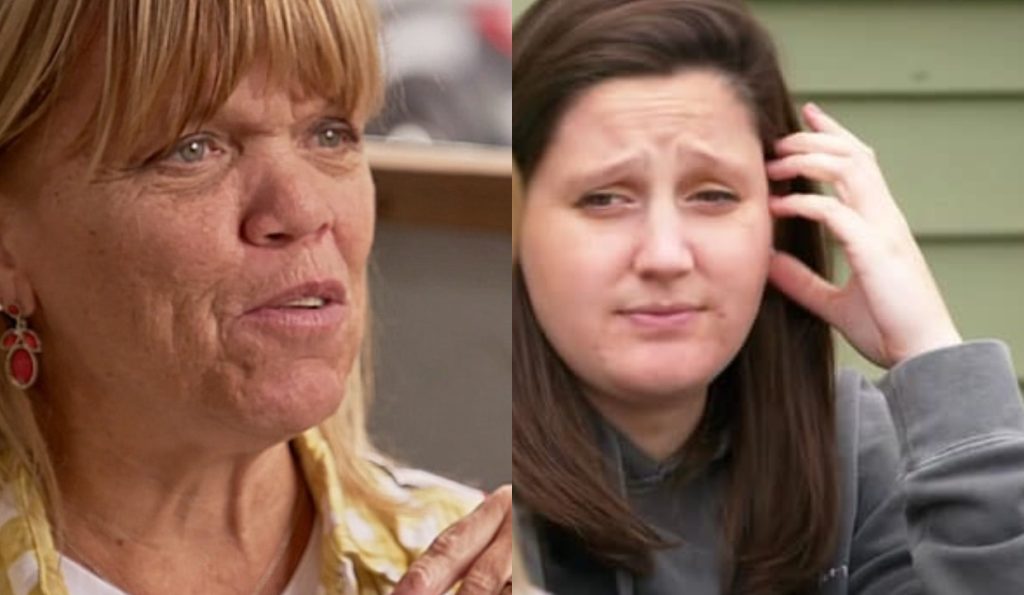 The LPBW is one of the unique concepts of the network. The Roloff family had many ups and downs in the past. Though many relationships broke, it seems that some became even stronger. Amongst those are Amy and Tori. Fans love this duo and think that their bond is amazing. Hence, in a recent clip by TLC, both the matriarchs have decided to go shopping with an agenda. Apparently, Amy’s main aim was to help her daughter-in-law look sexy for her date night with her son Zach. Sounds like literal goals, right? We have all the information you might wish to know, so keep on reading.

The Little People Big World fans know that the family has undergone a lot of complications lately. Apparently, the infamous feud of the Roloff farms created a rift in the family’s internal relationships. Hence, it led to the weakening of the bond between Matt and his kids. However, as a result of the same, the star kids have rekindled their connection with the matriarch Amy Roloff

. Recently, TLC shared a clip from an upcoming episode, in which Amy and Tori decided to go on a girls’ outing. Well, their main agenda was to go shopping and get something for Tori to make her look sexier for Zach.

Apparently, it seems that after having her third baby, Tori is a bit confused about how to handle her postpartum body. Hence, the LPBW star’s mother-in-law comes to her rescue. In the clip, the duo decides to go into a boutique and try dresses. Tori is looking for a denim jacket as she thinks it will freak her husband out. In contrast, Amy points out a see-through black dress which she predicts would look good on her daughter-in-law. While Tori wonders about her mother-in-law’s approval of a revealing dress, Amy acts like it is not a big deal.

The entire outing clip was really cute and wholesome. Fans couldn’t wait and loaded the comment section of the post. A fan commented that it’s lovely to watch Tori and Amy go shopping. Another one added that the two ladies look super cute on their sweet outing. Hence, fans loved the healthy bond they shared. Apparently, the best part was when Amy complimented Tori. The former said that she loves shopping with her DIL because when she looks at the stuff in the store, she finds that Tori can wear anything and would look good in everything.

The LPBW fans are well aware of the fact that lately, Zach and Tori are facing a bump in their marriage. Though they are the cutest couple on the planet, naturally, every duo has to face their ups and downs journey. Hence, fans feel that there is a possibility that Amy felt the distance between the star couple and decided to help them get through it. Perhpas there is a fair chance that she helped Tori to look sexy and recover her postpartum period in order to help the duo reconcile with each other.

In a recent episode, Tori accepted that she and her husband has been sleeping in different rooms. Not only this, but she is really tired of playing the roles of a mother and a wife. The TLC star further adds that Zach doesn’t even give her enough credit for her roles. Recently, when the patriach asked Tori if she was sleeping upstairs tonight, she slammed back that she would rather sleep down the road tonight. Hence, their issues were clearly visible on screen. Perhaps, that is why Amy thought she could help the duo reconcile and would give Tori a break that she deserves and needs. Keep coming back to TV Season & Spoilers for all the latest Little People Big World tea.