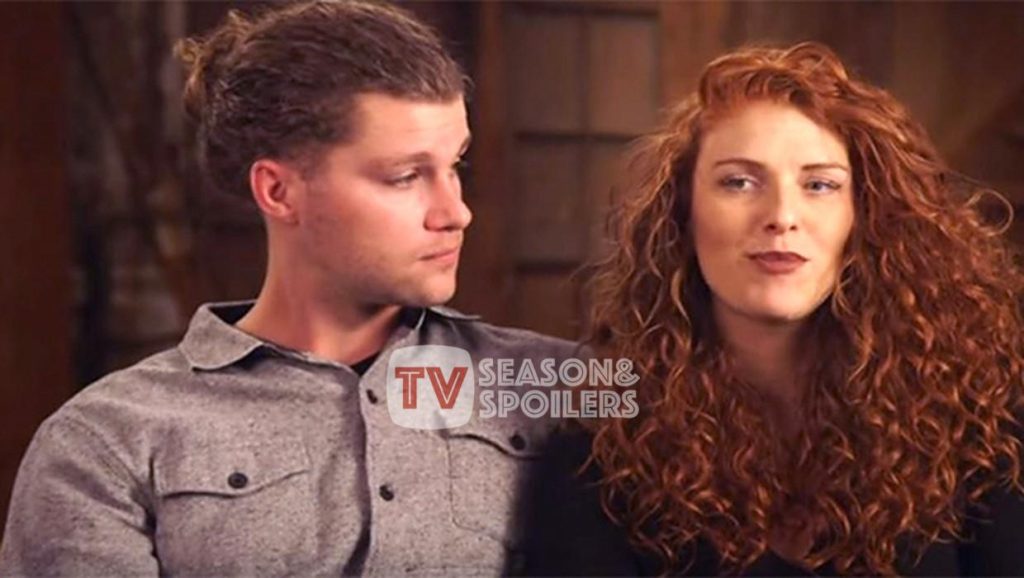 Audrey and Jeremy Roloff became a couple during their time on Little People Big World. In fact, the reality show captured their relationship all the way to their marriage and delivering their first child. But they decided to bid goodbye to it soon. Since then, they use their social media to provide LPBW fans with updates. Lately, many viewers thought that Jeremy Roloff had an oops moment on camera! That’s because Audrey Roloff might have filmed him inappropriately! Keep reading to know more details about this.

Audrey and Jeremy might look like the perfect pair through their social media posts. However, they seem to have many low moments on Instagram as well. Earlier this year, they would bicker and constantly make passive-aggressive posts for one another. LPBW fans believed Jeremy and Audrey were on the brink of a divorce, but that wasn’t the case. It looks like the latter used her social media to embarrass her husband again. While she made a harmless post about putting up Christmas decorations. Something weird happened in the clip. It turns out that Jeremy’s back was facing Audrey’s camera.

He was wear ing clothes matching his skin tone. This startled many LPBW

fans. They thought that Jeremy was completely exposed from down below. A Redditor took a screenshot of Audrey’s video and put it up on the platform while saying it “took them a moment” to realize that the man was indeed wearing clothes. While many had a laugh about this moment, others stated that Audrey did him dirty and embarrassed him on her Instagram post. The couple has not yet mentioned this incident on their profile.

LPBW: Audrey Puts Up An Explicit Video Of Jeremy Again!

Audrey Roloff has always been under fire for her controversial Instagram posts. It turns out that this isn’t the first time fans bashed her for putting up an odd video of her husband. A few months ago, the couple went on a trip to Hawaii with their family. While preparing for it, she captured her packing process. However, the LPBW fans were busy observing something else entirely! That’s because her husband, Jeremy, was next to her, and they were afraid the wife exposed her partner when he was stark. While he bent slightly down in the video, it was visible that he was definitely wearing lowers.

Luckily, one of the viewers quickly pointed out on Reddit that Jeremy was not naked but, indeed, in sweatpants. However, the clip wasn’t doing a good job of showcasing it properly. Hence, the audience was taken aback. This, again, made them quite uncomfortable. A lot of them didn’t understand why the famous wife would capture every single detail for her Instagram handle. Hence, they shamed her for not being careful enough on the platform where she has over a million followers. As usual, neither Jeremy nor Audrey was present to comment on this. Keep reading more LPBW news by staying up to date with TV Season & Spoilers