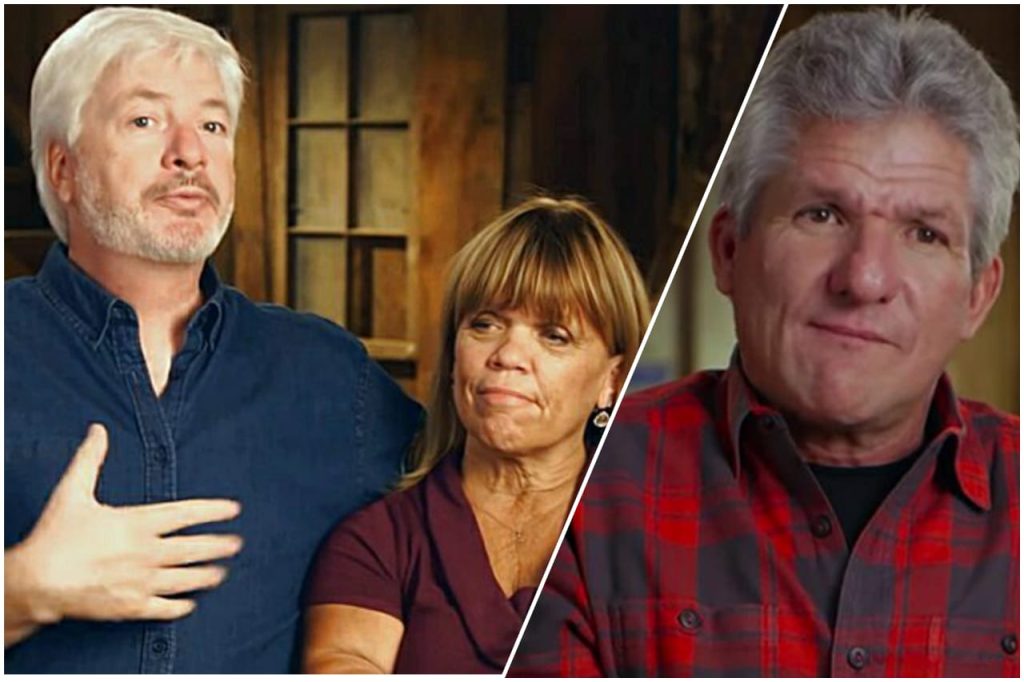 Matt Roloff and his wife Amy were once a wholesome pair. However, things took a dark turn in their relationship when Little People Big World captured their divorce. They had been together for 27 years prior to that. But love knocked on their door twice. That’s because Matt soon got into a relationship with Caryn Chandler and Amy was lucky to find Chris Marek. While the latter couple is married now, the former is not. Yet, both Amy’s current and ex-husbands share a good bond. Many LPBW fans find that a little weird. In fact, someone suggested that Chris has been the one behind pushing his wife to be in touch with her ex! Keep reading to know more details about this.

LPBW: Chris Marek & Amy Roloff Hang Out With Matt Roloff For The Views?

Chris Marek and Amy Roloff’s stories come into being very organically. Both of them used to be really good friends before feelings bloomed. Now, they have been married for a year. On the other hand, Matt and Caryn began dating in 2017. As per speculation, he and Amy got a divorce as the LPBW star was allegedly cheating on her with his farm manager, Caryn. However, the latter two have not yet shed light on that allegation. But it is obvious that many times Amy Roloff looks rather uncomfortable in the show when spending time with her ex, Matt Roloff, and his partner, Caryn Chandler.

So, a Redditor speculated in a thread that Chris Marek must be forcing his wife, Amy Roloff, to spend time with her ex. Well, LPBW viewers must have seen how well the Roloff patriarch gets along with Chris. While they find it weird, they think this is why Amy has to suffer and be in their presence. However, many other fans responded to the threat by saying that it is TLC trying to create scenarios where Amy and Matt end up spending time all together with their significant others. So, many deduced that all four of them hang out just for the “views” and that there was “nothing organic” about a TLC reality show.

This isn’t the first time the LPBW fans thought something fishing was going on between Chris, Amy, Matt, and Caryn. In fact, they had already accused the TLC network of scripting their storyline in the past as well. Well, in Little People Big World Season 23, all four of them took a trip to Arizona together. Again, exes Matt and Amy Roloff willing to spend time with each other was weird for the fans. It turns out Matt and Caryn had given the newly married couple a gift basket. In it, there were two plain tickets to Arizona. The former couple wanted the latter to join them on their frequent getaway for once.

So, many fans took to social media again to say that TLC has been manipulating the narrative. They strongly felt that the trip was just a way to make the season more exciting. They knew that two exes on the same trip would cause a lot of drama. So, they allegedly bribed all four of the cast members to go on the trip. However, it is merely speculation on the internet. Neither Chris, Amy, Matt, Caryn, nor the TV network has responded to these allegations. In fact, the latest season came to an end only a few days ago, and there are no details yet about the renewal of the show. Keep an eye on TV Season & Spoilers

for all the latest updates on LPBW.