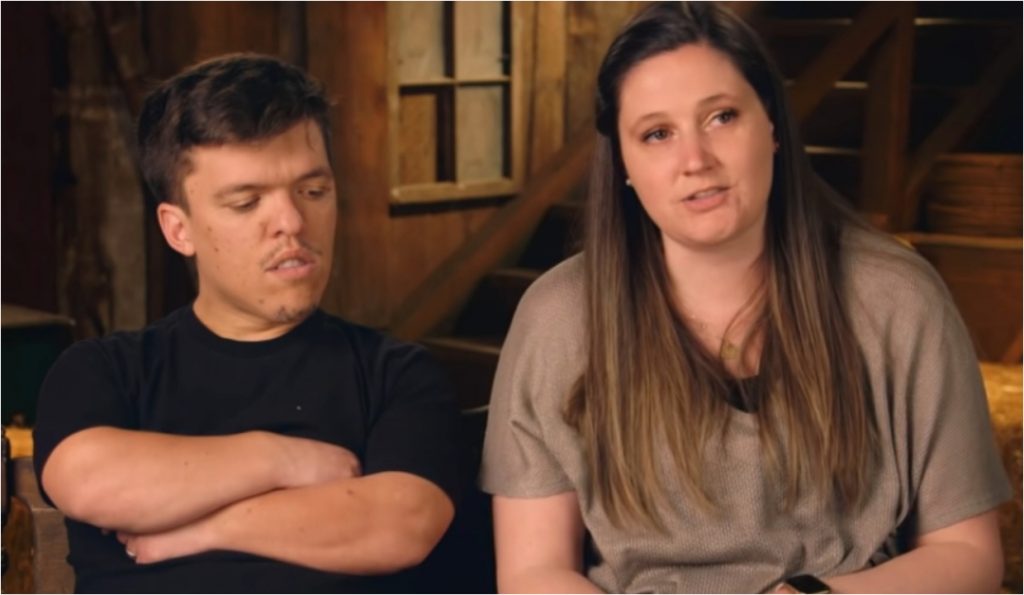 LPBW: Fans Think Zach & Tori Would Not Have Been Together If Not For The Show!

Little People Big World viewers have been attracted to Zach and Tori Roloff for years. Since she began dating Zach in high school, the TLC couple has become the audience’s favorite. Zach and Tori have been together since high school. However, after dating for almost a decade, the couple got married. Zach and Tori have three kids, and the LPBW fans adore their family of five. Although they are the only young couple in the show, they also seem to be the most engaging family. Season 24 shows the couple adapting to living with three dwarf children and doing a good job of being parents. However, like any other couple, they also had weak points in their relationships. But are most liked by their fans. But is their relationship real? Or is it only for the camera? Let’s find out.

LPBW: Tori Roloff Is Only With Zach For The Show’s Popularity?

Zach and Tori got married in 2010. It’s been more than a decade since the two have been together. However, fans have given them tremendous love over time. Zach and Tori seem to love each other a lot. Hence, their relationship has been strong for many years. But is their love real? Are they together because they love each other? Or is it for the camera and popularity? There are many such questions raised in the viewer’s minds. Recently one LPBW fan shared a controversial question on Reddit. The Redditor posted a question that reads, “If the show never existed, what couples would be together?” Immediately fans got down to answer it.

However, one Redditor replied that Tori and Zach seem to be emotionally and personally compatible. However, Tori seemed to bring him out of his shell. They are unsure if they would have ever met if the Roloff pumpkin season had happened. Talking about the job, fans feel that Zach earns pretty well from the show. And Tori being a school teacher, would not have made that for sure. However, fans did not mean she married Zach for the show, but most people desire a spouse who can support a family. Fans believe the couple could have just started dating and never developed a committed relationship. A teacher’s pay cannot support a family of five. One fan even said that Zach could have advanced further in his profession without the show. He may have chosen to teach history.

LPBW: Zach & Tori Are Ready To Part Their Ways?

The LPBW couple has been associated with the show for a very long period of time. Zach and Tori have been married for seven years and have been together for over ten years, as was previously mentioned. They have, in fact, created a splendid life for themselves. Viewers also love them and their three kids. Nevertheless, the show recently highlighted some marital issues. It started to wear on Tori when they had their hands full raising three kids under their roof in less than five years. She also mentioned that her husband didn’t value her enough for the work she had.

A young couple of the Roloff family recently posted a photo of themselves wearing matching jammies for Christmas. Most of Tori’s followers were pleased to see this post on her Instagram. However, other fans had contrasting reactions. Many people said that Tori and Zach were acting in the photos and that there was a problem between them. The divorce is “coming shortly,” according to someone else who commented. They think Tori has enough money from the show and no longer “needs” Zach. They did not provide more evidence to back up this claim, though. No cast member has ever brought up their failed marriage on social media. For all the latest LPBW updates, keep coming back to TV Season & Spoilers