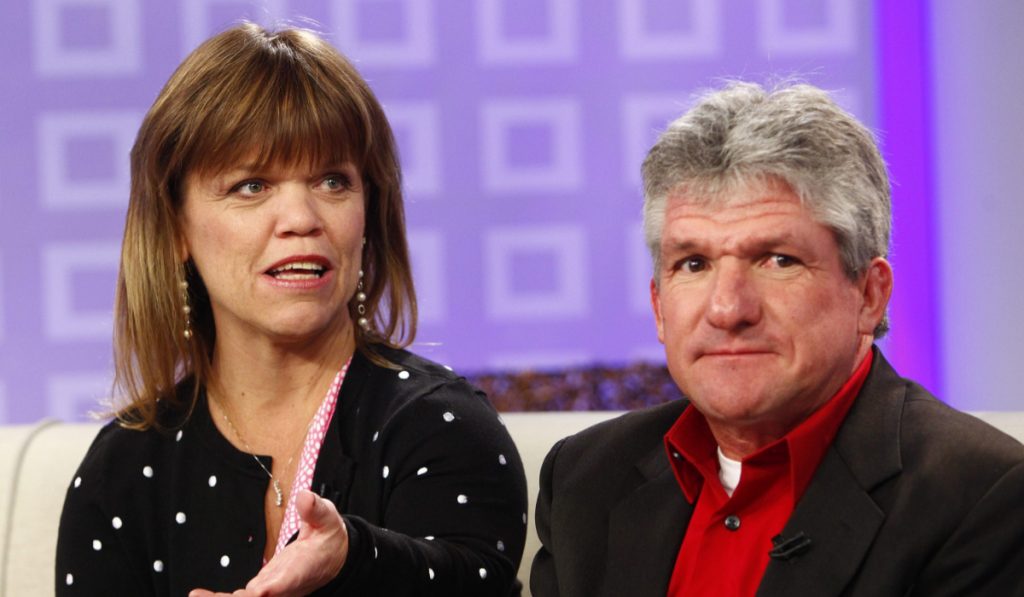 LPBW: It Was Actually Amy Roloff Who Wanted To Rent The Farm & Not Matt?

The Little People Big World viewers have been watching the intense Roloff family feud come into play in the latest episode. Many seasons are gone, but the rivalry tends to stay alive. However, it was so much conflict that a lot of fans even decided to boycott the show. Fortunately, TLC decided to take quick action and decided to change the plot. As a result, the show now features Matt’s Plan B. After Matt Roloff refused to sell the Roloff Farms to Zach, the conflict between the two is shown in the latest LPBW season. Then Matt turned to his backup plan, which involved short-term rentals of Roloff Farms for the general public. However, Matt has now confessed that it was actually Amy’s idea. Keep reading for more details.

Many LPBW fans already know that Matt Roloff intended to sell the farm within the family, but the plan didn’t work out. Zach and Jeremy wanted to buy the farm, but they failed to settle on a specific price with their father. Then, Matt listed 16 acres of the land for $4 million. But he struggled to find a buyer, so he rented the land and Amy Roloff’s old farmhouse out for brief periods. Although Matt is no longer selling Roloff Farms, Amy informed her Instagram Live viewers that she still doesn’t agree with his rental plan since it permits others to enter the farmhouse she used to call home. Well, Amy Roloff has actively expressed her disapproval of Roloff Farms turning into a vacation rental. But, as per reports, Matt Roloff said that Amy had first proposed the idea of renting the farm.

Matt Roloff revealed that Amy actually thought of the idea years ago and bugged him about it, as per ET. Additionally, Matt stated that he wants Amy to be included in the renting idea. He said that Chris Marek, Amy’s husband, had the fantastic idea to have Amy teach cooking classes to the temporary residents of Roloff Farms. While guests are staying, Matt said, “I’m trying to talk to Amy and get her to come provide cooking courses in her home.” The LPBW patriarch also admitted that the idea was actually Chris’ and not his. According to Matt Roloff, renting Roloff Farms would increase his children’s access to the land and their time there.  However, it’s clear that Zach Roloff is still dissatisfied about his failure to buy the farm from his father.

LPBW: One Of The Longest Shows Is Coming To An End?

The LPBW series has been running for over 20 years. The Roloffs’ lives have seen a significant transformation over this period. For instance, Matt Roloff and his children no longer get along well. Because of a dispute about the farm’s future, none of the children can reside there. Instead, it now serves as the visitors’ short-term rental. Fans are unsure if TLC will renew the show, given the situation’s hostility and turmoil. Many fans who visited the pumpkin patch the previous year had heard Matt mention the renewal. He informed the visitors of the pumpkin farm back in October 2022 that TLC had not yet renewed the show. So, the existence of LPBW Season 25 has not been confirmed.

Many viewers have frequently remarked that the show lacked the content to keep them interested. As a result, they are growing weary of always witnessing the same old farm drama. The public, therefore, wonders if TLC would listen to their concerns and decide not to bring the show back after all. A few sources reported that Caryn Chandler also wants to leave the show

. Fans conclude that there will be no purpose in bringing the show back if there aren’t enough cast members. Though, TLC hasn’t officially verified or refuted any rumors regarding the renewal. However, many think that Season 25, if it ever airs, will be the final season of the reality TV series. However, there is no reliable verification for these online beliefs. For all the latest LPBW updates, keep coming back to TV Season & Spoilers.